Up one day, down the next

THE Australian bourse more than erased yesterday’s gains, closing more than 4% lower after last night’s plunge on Wall Street while resource stocks suffered at the hands of a slump in base metals.

Yesterday’s 3% gains on the local share market were but a distant memory with the benchmark S&P-ASX 200 index closing the session down 4.3% at 4149.7 points, while the broader All Ordinaries index closed 4.2% lower at 4106.5 points.

The news wasn’t good on Wall Street with the Dow Jones Industrial Average closing 5.05% lower on 9139.27 points, as any spark of fresh optimism in the market from Barack Obama’s election win was quickly dashed out by continuing concerns over the state of the world economy following the release of gloomy jobs and services sector data.

Meantime, the world’s largest steel maker ArcelorMittal has succumbed to the slowdown in steel demand, and announced it would cut steel output from operations in Europe, North America and emerging markets by 30-35% in the fourth quarter, compared to a 15% cut flagged by the company in October.

Big movers by percentage on the Australian Securities Exchange today included Bellevue Resources, which closed the day up 29% to 9c after announcing it had signed a memorandum of understanding to acquire a privately-held operating copper oxide project.

Study due for completion next quarter 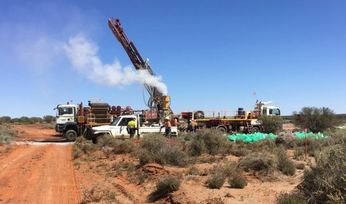 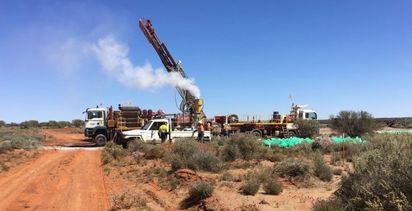 Hillgrove on the cusp of becoming Australia's next copper producer