POSITIVE leads from the US market overnight may have sparked a recovery on local waters with the Australian index rebounding and the resource sector also responding stronger.

Similarly, the ASX All Ordinaries closed 2% higher at 4236.4 points.

This morning, the National Australia Bank’s Quarterly Business Survey revealed there had been deteriorating business confidence in the June quarter as more businesses became consumed with the implications of the Minerals Resource Rent Tax and the carbon tax.

The survey stated conditions across most industries had deteriorated with construction and manufacturing representing particularly weak sectors.

NAB said mining conditions had deteriorated significantly since September quarter 2011, which was consistent with a softening in commodity prices over the same period.

Western Australia recorded the strongest conditions of the mainland states, while fellow resource-driven Queensland experienced the weakest conditions, alongside Victoria.

“While the divergence between the stronger mining and service-based service sectors and the weaker consumer and trade dependent sectors narrowed a little in the June quarter, largely due to softening commodity prices, the multi-speed economy remained fundamentally intact,” the NAB said.

After taking a hit yesterday, the basic materials equities index rose to 2.7% and most miners were trading higher.

Coal and uranium-focused junior Wildhorse Energy had a good run with shares bolting 12.5% to 8.1c following news the Hungarian government agreed to legislative and regulatory framework to develop the UCG projects.

Finally, Vector Resources entered a trading halt as it undertook a capital raising.

Stronger quarter ahead of 'much better half' 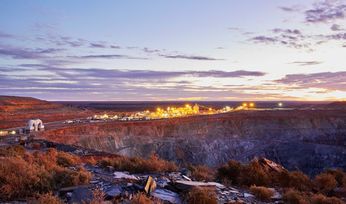 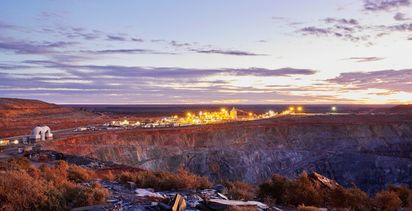 ASX bounces back in strong start to March