MINING giant Rio Tinto will today face protests around the world in a coordinated day of defiance by thousands of its employees across Africa, Asia, Australasia, Europe and North America, demanding safer workplaces, secure jobs and respect for workers’ rights. 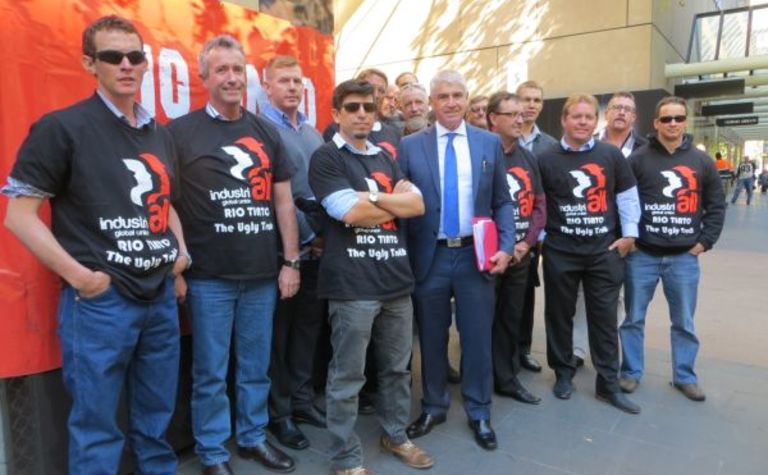 The global protests, organised internationally by IndustriALL Global Union, which represents 50 million workers in 140 countries, come on the heels of a spate of fatalities at a worksite in Indonesia where Rio Tinto has a major investment.

Events will include rallies, stop-work meetings and other worksite actions, with Australia’s Construction, Forestry, Mining and Energy Union to launch a report into what it claims are Rio Tinto's “insecure” work practices, “which the company disguises under the banner of ‘direct engagement’”.

“The problem with Rio Tinto’s practices [regarding engaging with employers] is that they have transformed this routine set of arrangements into an anti-union strategy,” the report stated.

“It is precisely this abuse of a common term that helps to make the Rio Tinto strategy so sophisticated; it takes a commons sense term and makes it into something synonymous with removing unions from workplaces.

In his foreword to the report, CFMEU mining and energy division general secretary Andrew Vickers said the company targeted workers with care responsibilities and workplace injuries first during the recent round of redundancies at Rio Tinto’s Hail Creek coal mine.

“After telling them they had lost their jobs, Rio Tinto put them on a bus and dropped them in Mackay at midnight,” Vickers said. “That’s the kind of employer they are.

“It’s not just here in Australia. Over many decades and many continents Rio Tinto has built its reputation as a company that will treat its workers as badly as it can get away with.”

He said the company led the push towards casual and insecure employment in Australian mines, which he said was a “key driver of unfair and unsafe work practices”

“Workers are saying enough is enough. The protests on October 7 are part of IndustriALL’s ongoing campaign to demand a new era at Rio Tinto.”

The union, whose global network of mining affiliates include members at Rio Tinto, claims Rio Tinto is increasingly turning to contract and subcontracted workers to cut costs.

At its Madagascar Minerals operation, the union said there were double the numbers of contract workers as permanent staff.

In Australia, Rio Tinto has been attacked for sacking full-time workers en masse but keeping on casual or contract workers at the Hail Creek mine in Queensland.

Last month, five miners were killed in two separate fatal incidents at the Grasberg copper mine in Indonesia where Rio Tinto has the rights to 40% of production above a certain level.

Three out of the four miners who died in the second incident were subcontracted workers.

The deaths followed the loss of 35 lives at the mine last year alone, IndustriALL said.

Today’s action against Rio Tinto is timed to coincide with the World Day for Decent Work, when unions around the globe mobilise against precarious work – jobs that are temporary, casual, contracted out and often low-wage, low-benefit, unsafe and insecure. 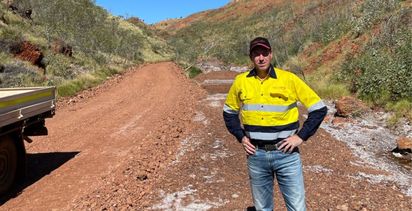