AngloGold mines up for sale as good performance continues

ANGLOGOLD Ashanti shares rocketed up 13% this morning after the company beat cost and production guidance and foreshadowed a possible asset sale.

The company also notched record safety performance over the three month period, recording its second fatality-free quarter in succession for the first time in its history.

“Our operations are firing on all cylinders,” AngloGold CEO Srinivasan Venkatakrishnan said.

“We’ve prioritised and have started working on a range of self-help measures to generate cash from within the current operating base to further deleverage the balance sheet over the medium term.

“We will also consider the sale or partnership of an operating asset, if required.”

The company’s move to consider selling mines comes after shareholder opposition forced it to scrap plans for a demerger and $2.1 billion capital raising earlier this year.

The initiatives are part of Venkatakrishnan’s goal to reduce net debt by $1 billion, or one third, over the next three years.

On the financial side, cash flow from operating activities of $320 million for the three months to September was similar to the $319 million in 2013, despite the lower gold price.

Adjusted earnings before interest, depreciation and amortisation increased to $400 million from $327 million last year, reflecting a margin improvement from 24% to 31%.

The good performance comes despite the sale of the Navachab mine in Namibia in May, losses caused by an earthquake in South Africa and the transition of the loss-making Obuasi mine in Ghana to a limited operating state by year-end.

AngoGold said it had made a number of savings at Obuasi, and a study to move the mine into a fully-mechanised operation would be finished early next year.

In terms of the Western Australian operations, higher grades and mill throughput helped the Sunrise Dam mine produce 68,000oz at total cash costs of $982/oz.

Lower grades along with mill disruptions and maintenance saw Tropicana produce 84,000oz at $721/oz, down from 93,000oz at $498/oz in the previous quarter.

In other updates, the company released the first mineral resource for the Nuevo Chaquiro deposit within its Quebradona project in Colombia.

The company said drilling on a high-grade zone open to the north and south continued. 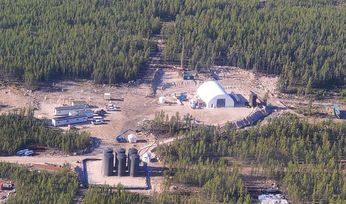 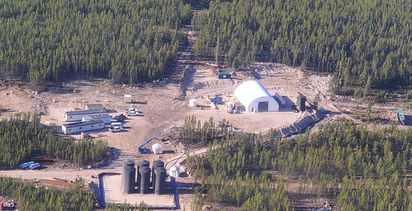 Mixed performance by the mid-tier independents