A DULLED Australian market still gets excited by exploration success and Peel Mining could be one company on the brink of something special as it takes significant accumulated know-how into a new phase of its search around Cobar in New South Wales. The company’s managing director Rob Tyson tells RESOURCEStocks he thinks his team has “cracked the code” for further exploration success at one of Australia’s best polymetallic mining addresses. 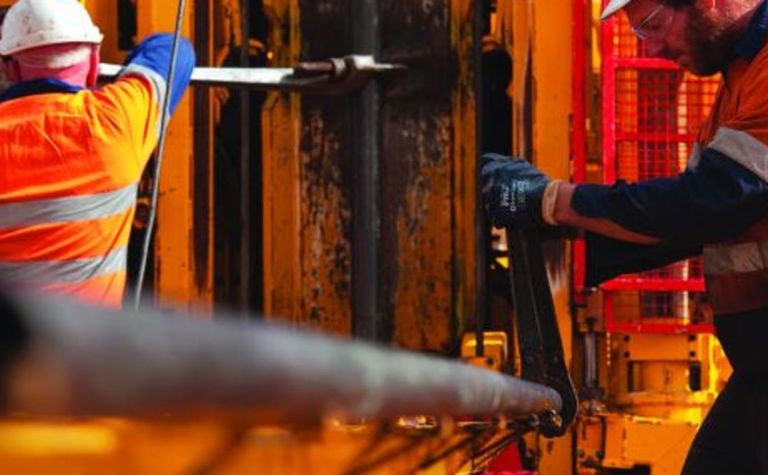 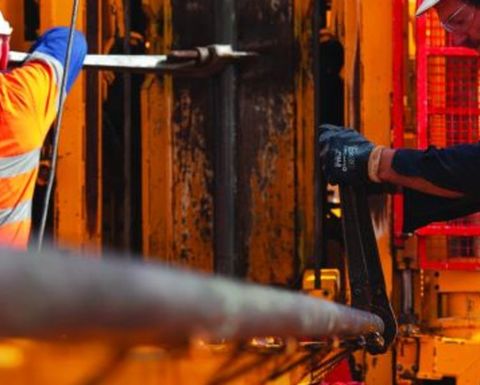 "We pinch ourselves regularly on the ground position we have in the Cobar Basin. We have the best single greenfields land position any company has ever had," Tyson says of Peel's Wagga Tank and Mallee Bull ground positions, totalling about 4,000sq.km.

The Southern Nights zinc-lead-silver discovery at Wagga Tank was last year described as a "game changer" for the junior in a district with a plus-$50 billion mineral endowment. It has historically been mined by bigger companies, who have also held dominant land positions that have tended to be explored on specific strategic lines.

"The truth is that there is still plenty of upside in Australia in terms exploration potential," says Tyson, an experienced geologist and company leader.

"Wagga Tank-Southern Nights is a classic example of what was left on the table by our predecessors with no drilling completed since 1989, until we got hold of it.

"Generally speaking, big companies aren't very good at exploration. They tend to put the blinkers on in terms of the prize that they are chasing and move on before they have given it a real go, or there are strategic changes at the top that see them drop the ball as well. Significant changes in technology provide modern explorers with a great toolkit to throw at more mature real estate.

"Geophysics has been critical in all three of our discoveries. The prizes are still there, they just aren't as obvious any more. A longer term view is required along with perseverance - hence so many mines are named as such."

Peel's recent A$7 million, oversubscribed share placement has the company soundly positioned to advance work at 100%-owned Wagga Tank-Southern Nights while meeting pre-development commitments at half-owned Mallee Bull, both in the Cobar Basin. The latter is being progressed with joint venture partner Toho Zinc of Japan.

The placement, again highlighting investor appetite for quality exploration vehicles regardless of the overall market sentiment, brought in new institutional and sophisticated investor funding that has been something of a hallmark of its corporate development since a 2007 listing. It has been extolled for its disciplined exploration focus, racking up more than 150km of drilling in the Cobar Basin for three discoveries, and executing value-accretive deals with bigger companies, while maintaining a tight capital structure.

"The capital raise allows us to move on with scoping studies and to keep the exploration rolling along," Tyson says.

"Peel is in a great position thanks largely to the grade profile of our discoveries - we can move ahead with development ambitions because of the robustness of our resources.

"Inevitably a cyclical upswing will come and we plan to be on the front foot." 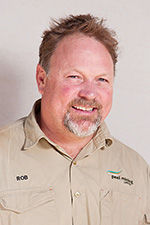 Rob Tyson: "We consider the exploration potential of the Cobar Basin to be excellent"

Within the resource envelope, which remains open along strike and down dip, Peel has outlined a high-grade zone of 1.7Mt at 9.3% zinc, 3.7% lead, 119g/t silver, 0.18% copper and 0.29g/t gold, or 14.7% zinc-equivalent to give it plenty to work with as it starts scoping studies on potential development scenarios. Mineralisation at Wagga Tank-Southern Nights has been defined over a 2.2km strike footprint.

"The mineral system is open along strike and at depth, and the potential to build upon the maiden MRE is excellent," Tyson says.

"Wagga Tank-Southern Nights appears to be a classic VHMS deposit and if it is similar to others, such as Golden Grove or Roseberry, we have only just got started.

"We consider the exploration potential of the Cobar Basin to be excellent.

"We have made three discoveries in seven years on our patch and note Aurelia Metals has just made a discovery at Federation/Dominion, about 1km from our shared tenement boundary.

"We are planning to get the rods spinning again at Wagga Tank-Southern Nights to grow the resource base, while also getting out to some of our other prospects to see if we can add another notch to the belt.

"The district is fertile but not simple; we think we have cracked the code in terms of how to find them [high-value deposits]."

Wagga Tank was discovered in the mid-1970s but was land-banked for more than 30 years.

Peel saw strong potential in the grades picked up by limited historic drilling and secured the ground and other projects in the Cobar Superbasin in a deal with MMG Australia that significantly grew its portfolio for minimal monetary outlay.

The maiden resource for Wagga Tank-Southern Nights is based on more than 70,000m of RC and diamond drilling completed since the acquisition in 2016, with the bulk of the drilling focused on the high-grade Southern Nights deposit first identified in late 2017.

The discovery was a "game changer" for Peel, said Euroz in an initiating note last year. It said investors had a chance to gain exposure to "one of the most exciting base metals discoveries in years".

Tyson says: "Peel's exceptional exploration team were able to deliver the maiden JORC resource in less than two years from discovery and at a fraction of the cost of many of our peers [circa US$0.015c per pound of zinc]. A great deal of knowledge has come from this work and the potential for the project to grow is excellent. 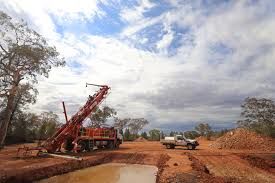 "It is worth noting that the scale of resource at Wagga Tank-Southern Nights is similar to that of other Cobar Basin mines at the time they were brought into production - mines that have gone onto become world-class operations.

At Mallee Bull about 45km away Peel is working with Toho/CBH Resources to gain regulatory approval for an exploration decline that could take 6-9 months to complete after a licence is in hand.

"Both parties need to give the decline approval in terms of final investment decision and we remain in dialogue with CBH/Toho in this regard."

Mallee Bull has a JORC mineral resource of 6.76Mt grading 1.8% copper, 31g/t silver, 0.4 g/t gold, 0.6% lead and 0.6% zinc (2.6% copper-equivalent) that is the focus of ongoing  investigation of straightforward underground mining of the Siler Ray Lens for supply of ore to CBH's Endeavour mill, about 150km away.

Prefeasibility concepts include development of the exploration decline to about 300m depth to enable underground drilling of the primary Mallee Bull copper mineralisation. 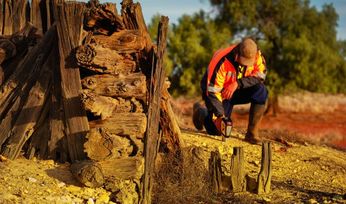 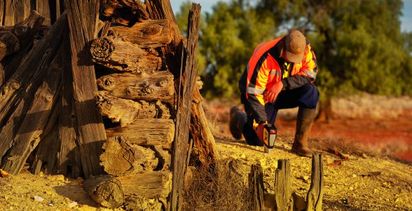