RAFAELLA Resources is planning to bring a former tungsten mine in Spain back into production with financial support from the German government, with strategic interest in the site possibly growing amid worldwide geopolitical tensions. 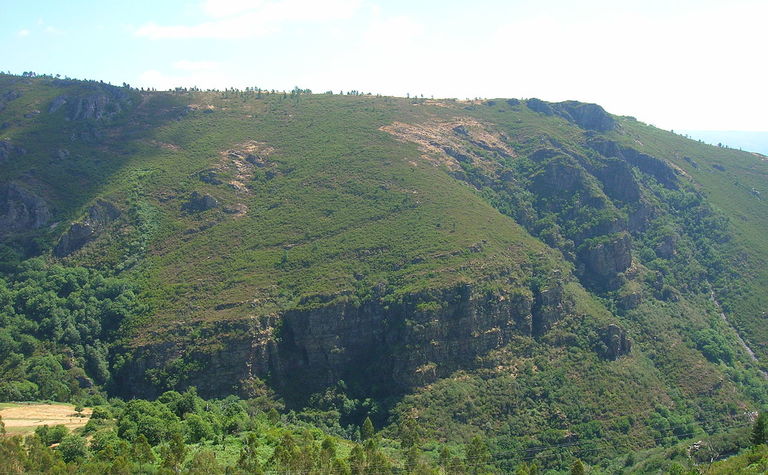 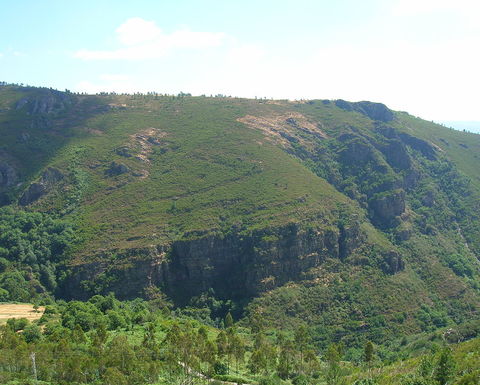 "Tungsten is a strategic mineral. There is no substitute. It is used in drill bits, aircraft engines, and armour piercing weapons. That attracts governments," Rafaella Resources managing director Steven Turner said.

Rafaella raised A$2.8 million to acquire and develop the project at Santa Comba in the Spanish region of Galicia's La Coruna province. The site, consisting of 15 concessions valid until 2068, was previously mined in the early 1980s by a French company, until prices at that time made it uneconomic to continue production. The mine has 7km of underground tunnels dating back to that period.

"A lot of infrastructure is already here - there is a crusher, conveyor belts, offices, electrical grid power supply, water supplies, a tailings dam, and good roads to the nearest port, 60km away," said Turner.

Stage one of Rafaella's plan involves bringing the underground mine back into production and also establishing a new openpit to exploit near-surface mineralisation. Financing is expected to be completed by the second quarter next year and then it would be six months to commissioning. The German government has committed to provide €11 million of debt financing as part of a scheme to secure supplies to Germany. Rafaella signed an offtake agreement with Germany's HC Stark Tungsten; the German government funding is administered by Eula Hermes.

"The money will more than cover the cost of getting this project online," said Turner.

Rafaella expects to produce 1300t of tungsten per year and 160t in concentrate at a grade of 60% by 2021. It estimates there is enough resource available to give the mine at least 10 years of life.

"The current owner did a lot of near-surface drilling," said Turner. "The site is therefore amenable to an openpit mine. The work now is to drill the site and refine it and also do metallurgical testing on the openpit part of the plan. The resource extracted from near the surface is of a different type to that mined underground, so it will need to be handled differently during processing."

Turner added the company expects to be able to increase the grade of the resource produced using ore sorting and has engaged Tomra Sorting to carry out testwork.

"We expect we are going to be able to upgrade the grade and that will save capital costs," he said.

Rafaella has estimated that stage one of its plan would produce about 1.5% of global tungsten production, and once stage two is complete, it estimates that it could be producing about 4.5% of global production. Around 85t of tungsten is produced globally per year. Stage two of the plan involves drilling into the large granite massif in which La Coruna is located.

"We have only drilled 7% of it so far," said Turner. "There are a possible 46 million tonnes of exploration target out there. We want to move to production quickly, then we can expand drilling in the next two-to-three years."

Part of the impetus from those expansion plans also derives from geopolitics. China produces about 80% of the global tungsten supply, but it is widely known it is reducing its tungsten production since it only uses about 15% of global supply.

"They've been very clear about that, and Europe wants to secure its own supply," said Turner.

Rafaella will be finalising an initial project study in the next two weeks. After that the company plans to carry out 12,000m of drilling in the next four or five months and feed that into a final feasibility study.

"This project has none of the red flags that you normally see with mining projects," said Turner.

"There are no environmental problems, no residential objections, no nature parks in the area. It has very little capital expenditure, no delays, no NGOs - the local council supports reopening the mine, and many of them were involved when it was open before. There is an openpit quarry and cement works nearby so trucks are already on the road. It's well-sited for development and our needs can be obtained off the shelf." 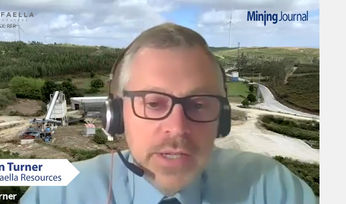 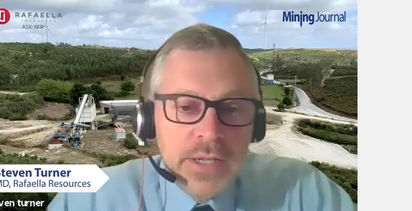