THE recent blockade of OceanaGold’s Didipio gold-copper mine in the north of Luzon Island in the Philippines was no black swan event, writes Barry FitzGerald. 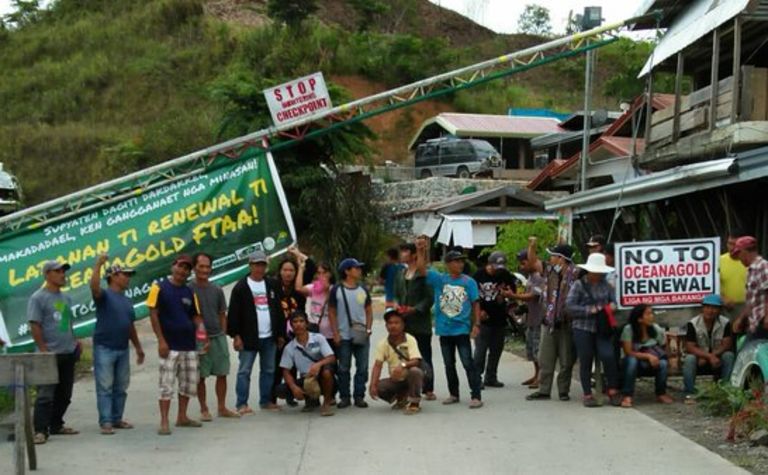 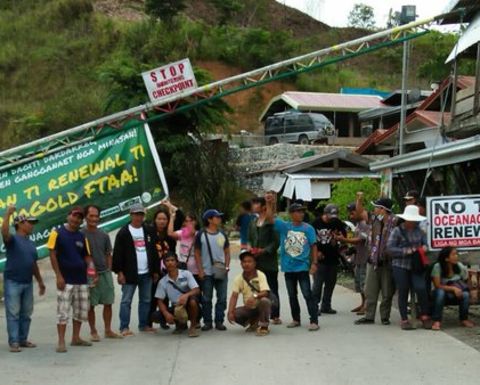 Protestors have blockaded the Didipio mine

The history of Didipio is littered with challenges to its right to operate, pretty much ever since the rich but smallish porphyry deposit was recognised as something significant back in 1989.

So last week's news that the governor of Nueva Vizcaya, urged on by anti-mining activists, had ordered a blockade of the mine should have come as no surprise.

The governor - as the Philippines' multitude of provincial governors are apt to do - is trying it on as authority over the mine rests with the national government.

Still, OceanaGold is off to court this Friday for a hearing of an application for an injunction "against any unauthorised restraint of its operations".

The restraint in this case was the obstruction of a supply truck going to the mine on July 1. To prevent the situation from escalating, OceanaGold said on July 4 that it had halted all truck movements although people, light vehicles and food supplies continue to have access to the site.

There hasn't been an update since, so it is presumed there has been no change in the situation.

The governor's blockade has the hallmarks of a cynical pressure play as it comes as Didipio continues to operate pending confirmation of the renewal of its 25-year financial and technical assistance agreement (FTAA) with president Rodrigo Duterte's national government.

The renewal of the FTAA is a much, much bigger deal than what the local governor has been up to, with the activist anti-mining groups cheering him on.

OceanaGold acknowledges that there is a risk around the FTAA renewal process, even though the original FTAA envisaged the initial 25-year term would be "renewable for another period of 25 years under the same terms and conditions''

But it would be wrong to give elevated risk to the renewal of the FTAA because of the noise created by the governor's blockade.

Since commercial production started in April 2013 under OceanaGold's tutelage, Didipio has a reputation second to none for doing the right thing across environmental, social and governance matters.

It has picked up award after award for its ESG efforts, both at the provincial and national level. And while the governor was able to muster up some support for his blockade, Didipio was able to do the same with a show of support from its workers, with CEO Mick Wilkes last week tweeting a picture of the supportive crew.

"We have very strong support from the broader community at Didipio as demonstrated today,'' Wilkes said. "Much more than the small group of protestors at the mine gate," the tweet said.

For all his confidence though, Wilkes would have to acknowledge that the goings on in the Philippines have (again) damaged OceanaGold's market rating.

It was a A$4.02 stock before news of the blockade broke and dived to as low as $3.36 in response. It has edged its way back to $3.62, leaving it 10% lower in what is meant to be a golden period for the gold producers.

The value hit is understandable given that Didipio accounts for 27% of OceanaGold's value and 36% of 2019FY earnings, on Credit Suisse numbers. Didipio is also the best performed operation in OceanaGold's stable, delivering March quarter production at an all in sustaining cost of US$638 an ounce (after copper credits).

Credit Suisse has left its target price of A$4.25 on the stock in the wake of the blockade. But it highlighted the potential of short-term operating and sales disruption which could impact September quarter earnings.

"More broadly, this incident highlights the challenges of operating in Tier-2 mining jurisdictions," the broker said.

"Given Didipio's best in class environmental standards and track record, and as a strong contributor to local community, we expect this latest incident will prove a temporary disruption only."

The company's at times uncomfortable exposure to the "Filipino way" is not going to change in a hurry as based on current resources and the at depth exploration potential, Didipio is likely to continue producing from its new underground operation until well in to the 2030s.

The company's reliance on the operation would have been much greater but for the 2015 acquisitions of the Waihi gold operation in New Zealand and the now developed Haile gold mine in South Carolina.

Those acquisitions were made with an acknowledgement of the need for diversification away from over reliance on Didipio and they have embedded organic growth opportunities which when delivered in full, will continue the diversification task.

But until that happens, surprises from the Philippines will continue to characterise trade in OceanaGold. The company could of course speed things up by making another acquisition in a more mining friendly jurisdiction.

But with its organic growth options in NZ and South Carolina to be worked on, and the challenge of making the Haile acquisition a good one still remaining, it seems that growth through merger and acquisition activity will be parked up for a while.

Blockade of Philippines mine reduces guidance 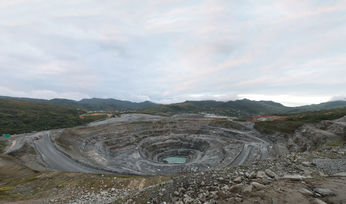 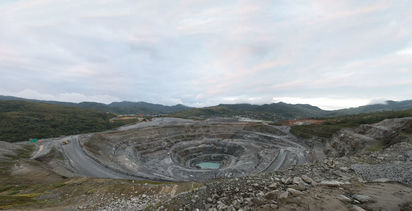