It’s that time of year again – when the Periodic Table stops the nation, well a horse race does anyway. So, who will win the ‘Commodities Melbourne Cup’ in 2019? 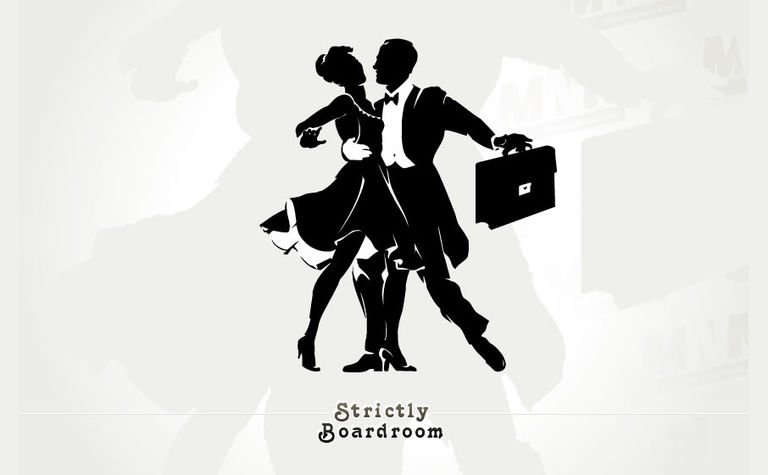 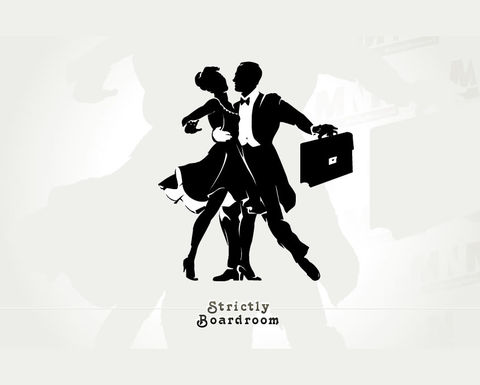 The runners and riders are now in - with a few favourites and many rank outsiders. Here's the latest form guide.

Gold - $1400 - An international runner that remains a strong favourite of the mums and dads - especially in India and China. Unbelievably priced at $1400, despite carrying top-weight, which will set you back over $2000 if punting via the local Pacific Peso. Local runner ‘Mt Carlton', trained by Jake Klein, has the inside running and has one hand on the 18-carat trophy already (having made it).  Verdict: Unbackable favourite.

Lithium - $640 - Seen as a stayer and backed as a favourite in recent years after a legendary win by over twenty lengths back in 2017 but now woefully out of form. ‘Pilgangoora' jockey Ken Brinsden is still talking up the long-term prospects. ‘Wodgina' is a late scratching.  Verdict: Needs more time to return to the Winner's Circle, despite carrying little weight, but can now ‘go the trip' due to increased EV range.

Iron Ore - A steal at $80 - Riders include the Michelle Payne of the red dirt, Gina Rinehart on ‘Roy Hill', perennial performer Andrew Forrest, riding ‘Western Force' and Chris Ellison on ‘Koolyanobbing'. Each has enjoyed a strong run this year. Verdict: Always springs a surprise. Unpredictable, but may be dipping in form at the wrong time.

Nickel - $14,000 - The fancy of some brokers and analysts once again this year. Showing signs of improvement. New jockey David Southam on stayer ‘Mincor' is strongly fancied. Peter Bradford's ride ‘Battery' is another late withdrawal. Dan Lougher once again rides ‘Cosmic Boy'. Verdict: Tends to provide excitement, but rarely more than a ‘flash in the furnace'.

Rare Earths - $4400-to-$1 million - A string of Australian hopefuls line up in phosphorescent rare earth colours once again this year - with Chinese-backed ‘Brown's Range' and the perennial NT-runner, ‘Nolan's' both drawn on the outside. Amanda Lacaze on sprinter ‘Lynas' looks best placed to feature once again this year. Pick your price based on which of the 15 lanthanides you fancy.  Verdict: Lanthanum and Cerium carry the lightest weight. Ytterbium, of Swedish heritage, looks interesting among the top weights.

Copper - $5900 - The famous red colours of the copper stable will feature in the commodity stakes once again this year despite a recent lack of form and even protests in Chile - but still widely backed to eventually run into form. Local runner ‘Winu' (or should that read ‘Winx'?) is a new outback entrant in 2019 having achieved encouraging results thus far. Another local runner, ‘Oak Dam', sired by former champion ‘Olympic Dam' shows promise - and owner BHP confirm Oak Dam will be ridden by a woman (TBA). Canadian-trained, Ecuadorian born ‘Alpala' is the foreigner challenger drawing the heaviest betting - it's a big beast, but temperamental, and may yet not ‘get out of the gate' this time around. Verdict: Always a crowd favourite, but probably carrying too much weight.

Silver - $15 - Solid each-way bet that has the inside running and has shown ability to sprint.  Benefitting from stablemate gold's resurgence. New South Wales interloper ‘Bowdens' is seeking environmental clearance in order to run.  Verdict: Could test the heights of 2016 and even hit $20.

Lead - $2000 - Western Australian top-weight runner ‘Paroo' (formerly Magellan) is a stayer.  Handicapped by market perception. Alex Molyneux trained ‘Gascoyne' is one to keep an eye on for next year. Verdict: A reasonable chance for a solid run over this distance but unlikely to feature in 2019.

Zinc - $2600 - Never popular with the punters, but strongly tipped by industry insiders, the zinc stable has proved a good each way bet in recent years, but it's mainly bad news this year. Graham Kerr's new acquisition ‘Hermosa' is struggling to live up to its potential, Queensland favourite ‘New Century' is in the midst of a turnaround in form, and the Chinese-backed ‘MMG' syndicate is closing its local Melbourne stable. Verdict: Probably had its best race last year. Wait for 2020 resurgence.

Cobalt - $30,000-90,000 - Usually a runner in the day's smaller races, this blue-coloured goblin has raced with the thoroughbreds in recent years. Form has been volatile to say the least. A couple of minor local interests, but a favourite from the (Democratic Republic of) Congo will not run this year, as its owner has become embroiled in a corruption scandal. Flemington has assured SB that cobalt will not covertly run ‘within' any horses at this year's event1.  Verdict: One for the market insiders.

Diamonds - Market price only - Traditionally popular amongst the ladies. Local favourite ‘Argyle', wearing the pink colours, runs its final race before retirement, so is attracting some attention amongst nostalgic punters. However, young women nowadays increasingly prefer artificial diamonds, rather than the natural ones on show here - a problem for the stable. Verdict: As flat as a bottle of cheap Prosecco.

Thermal Coal - $85 - Controversial Queensland runner ‘Carmichael', from the Adani stable, once again looks unlikely to make a start this year. Verdict: One for the contrarian punter.

Metallurgical Coal - $100-2002 - In an interesting move, jockeys from the famous ‘coking' stable will be changing from their traditional black colours, in order to help punters better distinguish them from those of the controversial ‘thermal' stable. A bid to use green colours was overruled by authorities, with the stable in the end opting for dark grey colours. Verdict: A perennial champion that came close last year, but a tough ride ahead.

Elsewhere, unfortunately there are no runners wearing the traditional bright yellow colours of the famous Uranium stable this year, which was big in the 1970s and saw a brief resurgence in 2007. Several emerging prospects may reach the starting gates in the years ahead however.

Elsewhere, we await news on whether the Andrew Mackenzie-trained, and heavily funded Potash hot prospect ‘Jansen' will run in the big Canadian event in 2021. Meanwhile Western Australian-backed Phosphate still awaits its big day.

Other markets, such as Niobium, Borate, Manganese, and Chromium are dominated by Brazilian, Turkish and South African backers, and currently provide little opportunity for local punters.

Caesium, Helium and Technetium run in the early-morning stakes but are for aficionados and problem-gamblers only. Past niche bets in Tin, Tungsten and Mineral Sands elicit little market interest this year, and Mercury has been banned from competing in all future events by the authorities.

Others awaiting the starter's gun for the main event and seeking to avoid the tag of also-rans include ‘Molybdenum Steel', ‘Vanadium Redox', ‘Graphite Anode' and ‘High-Purity Alumina'.  All are quiet achievers but likely need another year in order to move up a class. Is their collective outsider's tag undeserved?

Allan Trench is MBA Director and Professor at the UWA Business School, a non-executive director of several ASX-listed minerals companies - and the Perth representative for CRU Consulting, a division of independent metals and mining advisory CRU Group (allan.trench@crugroup.com).

John Sykes is undertaking a multidisciplinary doctorate at the Centre for Exploration Targeting, UWA and is a sessional lecturer on the MBA programme at UWA Business School. He is also a strategist for MinEx Consulting and a director of Greenfields Research, both consultancies specialising in the analysis of mining and exploration across the base, precious and speciality metals sectors (john.sykes@greenfieldsresearch.com).

1 - see for example "Cobalt Use in Racehorses" - https://equine.ca.uky.edu/news-story/cobalt-use-racehorses

2 - All commodity ‘prices' and odds/price-ranges quoted above are indicative-only and are subject to constant change due to the combined impacts of supply, demand and speculative market effects (and also SB's house margin). 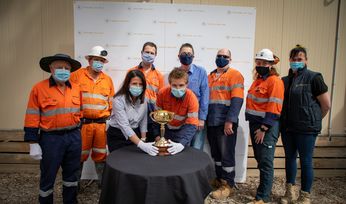 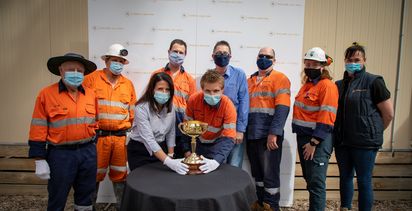 Are you a mentor?