Saracen reaches milestone ahead of biggest year yet

SARACEN Mineral Holdings has celebrated the 10-year anniversary of the first gold pour at the Carosue Dam operations. 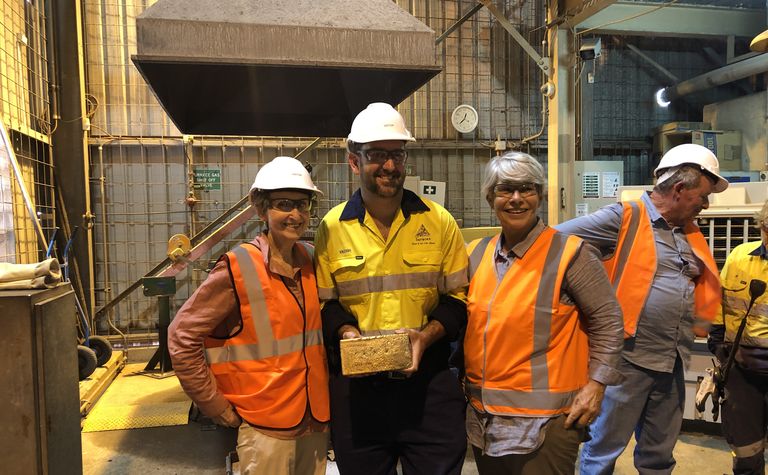 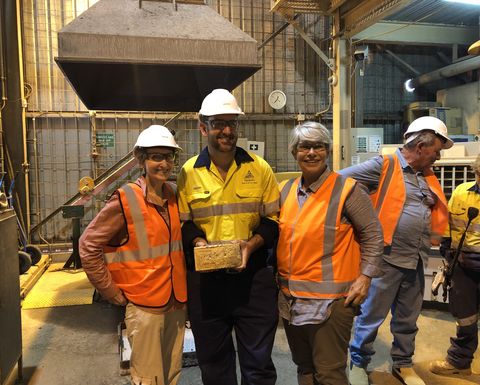 The company, which has just experienced one of the biggest quarters in its history, paused to reflect on its history this week.

Saracen took a group of current and former staff and early company backers to site to mark the occasion on Wednesday.

The stars of the celebration were Carol Moreton and Suzie Golding, whose names were combined to name the operation.

Pinjin Station, which hosts Carosue Dam, was owned by Golding's parents Bruce and Shirley Agars and both women lived there decades ago.

When Carosue Dam kicked off 10 years ago, company founder Guido Staltari was managing director and a young mining engineer, Raleigh Finlayson, had recently been appointed as chief operating officer after joining the company in 2008 as general manager, operations.

Now MD (and MNN's 2019 CEO of the Year), Finlayson credits Staltari and founding Saracen director Barrie Parker as two of his mentors.

"I'd barely been an underground manager, let alone an MD," Finlayson said.

In early 2010, Saracen shares were A40c and the company had a market capitalisation of $120 million.

"The dividend was zero - it's still zero," Finlayson laughed.

"We've been investing heavily in our future."

Carosue Dam operated briefly in the early 2000s until the collapse of Sons of Gwalia, with Saracen picking up the then-mothballed asset in 2005 from St Barbara for $16.7 million in cash and scrip.

Saracen was born out of the shell of Central West Media, of which Staltari was a director.

McDonald happens to be the cousin of Carol and Sue. 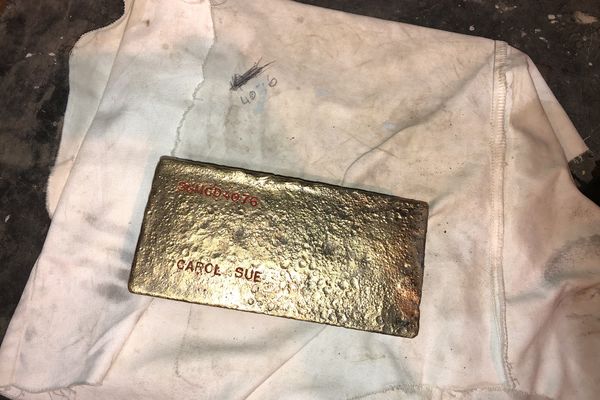 Since then, 38 million bank cubic metres of material has been moved and 75km of underground development has been completed.

About 24 million tonnes of ore has been milled and roughly 1.5 million ounces of gold produced.

Carosue Dam is expected to produce 200,000oz this financial year.

A $34 million expansion of the mill from 2.4Mt per annum to 3.2Mtpa is underway and due for commissioning in the December quarter.

Production for the six years from FY21 is expected to average 240,000ozpa.

"The best is yet to come," Finlayson said.

With Carosue Dam and the Thunderbox operations running smoothly, the focus this year will be on the newly acquired Super Pit in Kalgoorlie, a 50:50 joint venture with Northern Star Resources.

A strategic review has been launched at the Super Pit, covering operations, exploration and growth, and the newly formed executive management committee, featuring two representatives from each company, met for the first time in Kalgoorlie yesterday.

Saracen group guidance for this financial year, including seven months' contribution from the Super Pit, is more than 500,000oz, rising to over 600,000oz in FY21.

Given the company's increased scale and investor interest, UBS initiated coverage on Saracen this week with a buy rating and $4.40 price target.

Saracen ended 2019 with cash and equivalents of $283.8 million, and net debt was about $100 million. It sold its 10.5% stake in junior producer Red 5 yesterday for proceeds of $39 million, which will be used to repay debt.

Shares in Saracen last traded at around $4, valuing the company at $4.4 billion.

Kalgoorlie marriage made in heaven 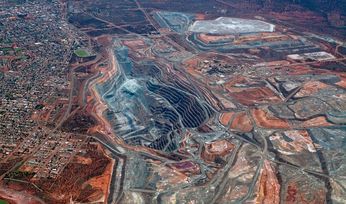 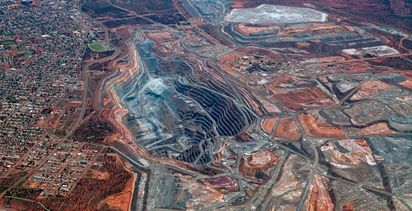