AS of Friday, Northern Star Resources officially has the keys to the Pogo gold mine in Alaska, but it’s now that the real work begins. MNN editor Kristie Batten visited the site on Thursday. Northern Star was first contacted by former owner Sumitomo several months ago and the company came out on top after a screening process of around 30 companies involved in the sale.

Around eight companies moved to the bidding stage and there were three in the final round, with Northern Star coming out on top, despite it being understood that the company was not the highest bidder.

Northern Star paid US$260 million cash for the operation.

Gold was reported in the vicinity of Pogo in the early 1980s, but the deposit was formally found in the 1990s.

The project was initially a joint venture between Teck (40%), Sumitomo Metal Mining (51%) and Sumitomo Corporation (9%), with Teck as manager.

Permitting, which started in 2002, took several years and construction kicked off in 2004.

The development, which was temporarily halted in 2004 due to an appeal to the approvals, was completed in the first quarter of 2006 at a cost of US$350 million and the first gold bar was poured on February 12, 2006.

The capex was above the original budget of $280 million, but the first pour came in a month early.

Pogo was built for the conditions - being so close to the Arctic Circle means temperatures can get as low as -60F - with an indoor mill and a conveyer to take the ore from the underground to the plant. 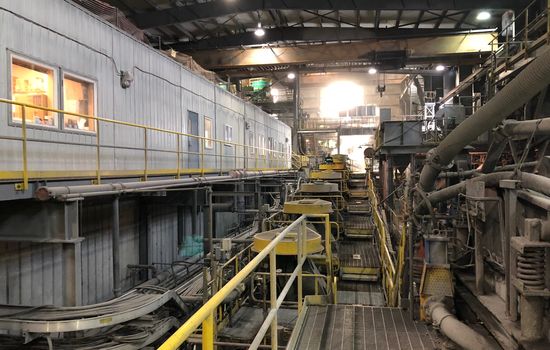 The indoor plant at Pogo

The mine failed to reach full capacity in 2006 as it was limited by tailings filtration capacity, bottlenecks in the paste backfill system, and an incident that damaged electrical systems.

While Pogo reached commercial production in the first half of 2007, it produced just 260,000oz and failed to reach full capacity.

Northern Star had 16 of its staff onsite at Pogo preparing for the handover, led by Northern Star general manager business development Luke Creagh.

During a site visit to Pogo last week, Creagh said the acquisition looked "good on paper", but ticked all the boxes.

He said the three key points the company had considered were geology, jurisdiction and the team.

"Can we overlay the Northern Star model with this team? The answer was a resounding yes," Creagh said.

Well over a quarter of the mine's 310 staff have been there since the start, including general manager Chris Kennedy.

From walking around the site, it became clear very quickly that the workers were looking forward to the change.

A key reason for that is the mine was set to close at the end of 2020 as per Sumitomo's three-year operating plan.

Workers will be moved from fixed salaries to pay tied to incentives around tonnes mined.

"We see a lot of efficiency opportunities," Creagh said.

"The amount of work going into every tonne is intense and it doesn't need to be."

Redpath is the current mining contractor, with 110 workers onsite, but the contract ends on December 31.

Northern Star has extended it for 90 days to manage the integration process.

"There's 20% you can rip out of the Redpath contract like that," Tonkin said. 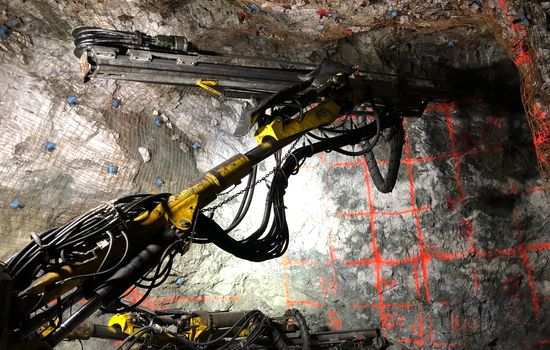 Pogo has been mined at a "very rigid" 8.3gpt cut-off grade.

"Below that there's a lot, so we see significant upside on what we already know," Creagh said.

The carbon-in-pulp plant has capacity of 1Mtpa but is currently running at 860,000tpa. It is permitted to 1.1Mtpa, providing opportunities to expand.

Northern Star took economic interest of the mine as of July 1, meaning the first full quarter will be reported later this month.

"What you'll see is a very naked, raw quarter that we didn't manage," Tonkin said.

Pogo has produced at a rate of more than 300,000ozpa in seven of its 11 full production years.

Northern Star principal geologist - development Darren Cooke said the asset had maintained an inventory of around 4Moz since feasibility.

"We're not looking at this as a short-life asset," he said.

"From a prospectivity point of view, we see this Tintina mineral belt as one of the best emerging regions."

Sumitomo had set an $18 million exploration budget for this calendar year and the results of some of that work are due shortly.

Northern Star is around two months into a JORC-compliant resource estimation, which is due shortly.

Tonkin said the company would likely announce an exploration budget for Pogo later this month. A pending assay from Goodpaster

"There's been some very good recent discoveries and to me, they're at a similar stage to what Pegasus [at Kalgoorlie] was when Barrick sold it to Northern Star," Cooke said.

"I'm confident at least two will come up with the goods."

Kristie Batten travelled to Alaska as a guest of Northern Star Resources. 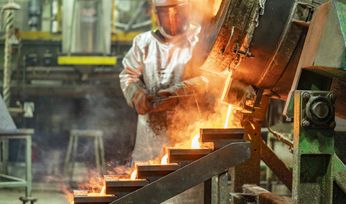 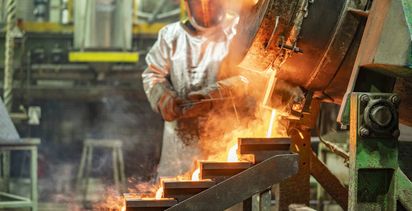 Northern Star outperforming peers off the back of Saracen deal