Gruyere shows its worth

MORE than 50 investors, analysts, media and gold industry leaders have tested the runway at the Gruyere gold mine, marking the first time a 100-seat jet has touched down there. 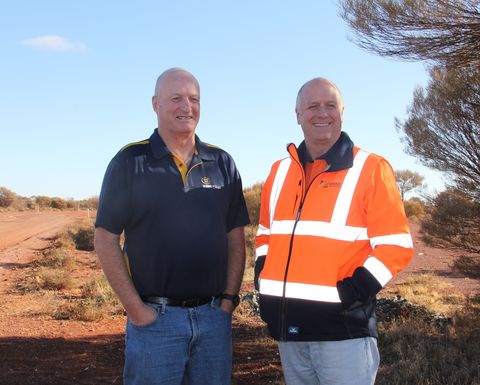 The jet passengers were making an early-bird visit to the developing Gruyere and operating Granny Smith gold mines in the northeastern Goldfields on August 5, marking the start of the annual pilgrimage to Kalgoorlie-Boulder for the famed Diggers and Dealers mining forum.

Joint venture partners Gold Fields and Gold Road Resources are developing a A$621 million mine at Gruyere, on the underexplored Yamarna Greenstone Belt, to target the six-million-ounce deposit discovered by Gold Road.

With annual output of 270,000 ounces over a mine life of 13 years, Gruyere will be the largest gold mine developed in Australia since the opening of Tropicana in 2013, when it starts producing first gold in next year's June quarter.

The JV partners were forced to increase the budget last week after heavy rainfall in February impacted operations, but the scale and mine life of Gruyere meant the cost blowout was largely absorbed by investors.

On-site at Gruyere there are 480 workers and construction is 61% complete.

In addition, 920 tonnes of tanks, 405t of steel and 107t of chutes, bins and hoppers have been installed.

Overall engineering at Gruyere is 94% complete, and engineering, procurement and construction work is 39% complete.

According to Gruyere general manager of geology John Donaldson, once finished the Gruyere pit will be bigger than the Perth CBD.

Donaldson told MNN that while Gruyere was about nine months away from production, the $23 million exploration budget over extensive and prospective exploration tenements would hopefully going to unlock greenfields discoveries.

The reporter travelled to Gruyere as a guest of Gold Road and Gold Fields. 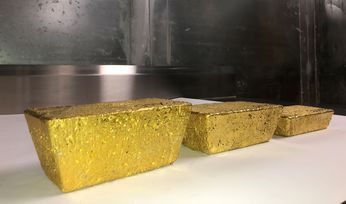 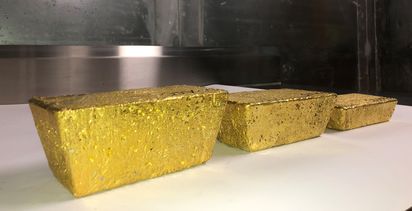