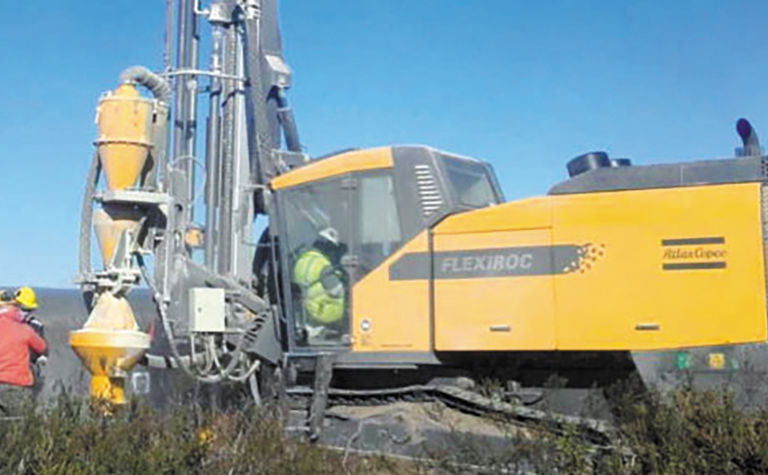 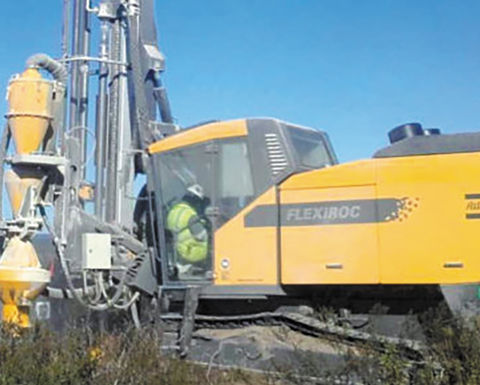 The uranium industry has definitely been on a rollercoaster ride for the past 20 years, but sentiment continues to rise as the role of nuclear power gains momentum in today's climate. While Australia, Kazakhstan and Canada have led the way for production in recent years, Blue Sky Uranium believes they hold the key to the future of uranium in the Americas: Argentina.

The TSX Venture, FSE and OTC-listed Blue Sky Uranium Corp has staked its claim on Argentina's nuclear ambitions, with 100% control of more than 450,000 hectares of mining tenures, after discovering a 145-kilometre uranium trend more than 15 years ago.

Blue Sky's President and CEO Nikolaos Cacos said the company is already drilling two of  its targets within the deposit while awaiting permitting for an additional two but expects many more to follow.

"There are targets still within this entire trend," Mr Cacos said.  "We've examined this trend over the past 15 years and this has got potential to be like what we see in Kazakhstan."

"It's simply a matter of time and money."

The Amarillo Grande project is located in the Patagonia region of southern Argentina, in the central Rio Negro province, and includes the Ivana deposit which is open for exploration. This area was initially discovered with the assistance of local geologist Dr Jorge Berizzo who believed there was uranium in Argentina. Using his extensive experience and knowledge, Dr Berizzo travelled the country with a scintillometer strapped to the car. With the properties all road accessible from nearby provincial centres such as Viedma or Neuquen, further exploration of the deposit could be a game changer for the entire uranium industry.

"This is not just another uranium deposit discovery, this has got the potential of discovering a new Kazakhstan so to speak," Mr Cacos said, adding that currently there are limited opportunities for uranium exploration. "The company is right now at a real inflection point as we start to make more uranium discoveries, and we are going to see the valuation of the company change substantially".

"I'm very privileged to be in this position of leading such an exceptional team of various talents, as well as  bringing the company to this point," Mr Cacos said. "From the guy driving with a scintillometer on nothing but a gravel road, to where we've uncovered a tremendous value that's been buried under there, this is not just going to benefit the shareholders of Blue Sky Uranium it's also going to benefit all the citizens of Argentina."

With an emphasis on sustainability and environmental awareness, Mr Cacos believes there is great potential within Amarillo Grande to produce Argentina's first low-cost, near-term uranium with additional potential vanadium credits.

This coincides with the recent shift in public perception towards nuclear energy. 10 years on from the Fukushima incident in Japan, nuclear power is yet again being recognised as a reliable and low-cost source of power generation with low emissions.

"Today's reactors are built different and protocols are much safer," Mr Cacos said.  "Driving this change is the climate change agenda. It's the main new driver that wasn't there 20 years ago".

"What our preliminary economic assessment (PEA) envisioned was to have a portable plant built, and then we can truck in ore from all these different sites," Mr Cacos said.

"Then we would decide whether we use some of the profits to see if we can expand into production, or maybe we invite  other partners," he said, adding that "these are decisions to be made in the future, set against circumstances that exist at that time".

While the market remains competitive, the number of exploration companies have dwindled in recent years as public perception and interest in nuclear power has waned and waxed over the past 20 years. The renewed interest in nuclear power generation amid dwindling supply has had a bullish impact on the price of uranium, as well as the prospect of securing supply from a small number of producers. For a country like Argentina, Mr Cacos said, security of supply is more important than the cost of the product itself, which is why the desire to move the Amarillo Grande project into production is so important.

With three nuclear reactors, Argentina would benefit greatly from local uranium production, reducing the risk of buying and importing from other countries such as Kazakhstan and Australia.

"Production in Argentina will be a game changer, not just for Argentina but the whole southern hemisphere and the United States," Mr Cacos said, adding that he is looking forward to seeing Amarillo Grande move to production.

"It has the ability to move fairly quickly, and as Argentina is a nuclear country all the regulatory framework is already there," he said. "We have the support of both the federal government of Argentina, and the provincial government which owns a crown corporation called INVAP that manufactures and exports small modular reactors".

The Argentine Federal Government has been public in its support for the development of domestic uranium supply which would enable the country to expand its nuclear energy capacity and create new opportunities for the country on the global uranium market.  According to data from the World Nuclear Association, more than 53,000 tonnes of uranium was produced in 2019 alone with Kazakhstan, Canada, and Australia accounting for nearly 70% of world production. While Argentina may be a small player on the global field, this could change when the Amarillo Grande project moves into production.

It could also lead to additional opportunities for production companies interested in the Americas with Blue Sky Uranium open to working with a partner or handing the project over at the right price in order to move the project forward.

With more than 145km of uranium trend still to explore, it seems there is nothing but blue skies ahead for the future of uranium mining in Argentina. 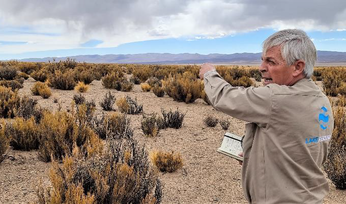