Drilling at a Lake Resources

Lithium is riding a global boom in 2021 on the back of the electric vehicle (EV) and battery storage revolution. But while lithium stocks are flying high, not all lithium is created equal.

Due to its direct extraction method, Lake says it will produce lithium, from its Argentine projects, that caters to the demands of electrifying mobility and has the potential to revolutionise the lithium sector - without any mining.

The "high-quality" aspect of the product from Lake's flagship Kachi project is evident in the numbers. The rule of thumb is that battery-grade purity starts at 99.5%. Kachi's is 99.97%.

Only about half of global lithium production is considered battery quality - and it is EV batteries that are driving the enormous surge in demand for the mineral. "When we released our high-purity test results last October, we were the first company to ever do so at scale," he said.

Yet it's the term "consistent quality" that Promnitz takes note to point out. It's words that investors perhaps overlook when considering lithium.

It's these words, along with rising lithium prices, that have helped Kachi deliver an estimated NPV of $1.6 billion, based on 25,500tonnes/year lithium carbonate production with a 25 year project life, 35% IRR and annual EBITDA of $260 million using a lithium price forecast of $15,500/t battery grade. Notably, Lake is presently in a study to double that production.

Currently, more than half of the world's lithium production comes from hard rock spodumene in Western Australia, while approximately 40% comes via lithium brine evaporation ponds in South America.

‘The people at MIT and Breakthrough Energy would probably see a hundred different technologies a year to potentially fund and they decided to put money behind Lilac'
- STEPHEN PROMNITZ, MD

With hard-rock production, there is variability on impurities within a mine. That always happens, regardless of the product. Yet it's those impurities that the battery makers focus on, because that's what can cause battery performance issues.

"Traditional brine producers will generate anywhere from less than 10% to about 60% battery quality lithium."

Lake's managing director is quick to point out that he doesn't see it as a competition between the different methods. Given the current state of the outlook for the supply and demand fundamentals, the world will need all the lithium it can get.

"There's nothing wrong with the evaporation method. It's been tried and proven since Roman times. But we believe that the 21st Century demand probably needs a 21st Century solution. You can't use the same old methods and think that somehow you're going to get a better result," he said. Rome wasn't built in a day and neither is lithium. It takes anywhere from between nine months to two years to produce lithium from evaporation ponds.

Lake's 21st Century solution, however, produces lithium within a day - in two-to-three hours, not years, and produces consistent high quality. It's a process of water treatment used for decades - it's just new to the lithium sector.

Such are the potential benefits of direct extraction that some analysts are tipping that once companies such as Lake demonstrate the process at a commercial scale, it may become the dominant process for the sector. There are several reasons for this.

"First and foremost, this process has a significantly lower environmental impact. With traditional brine evaporation most of the brine water is lost via evaporation, while direct extraction returns more than 95% of the brine to the ground.

"We also note that the footprint of a direct extraction facility is significantly smaller than that of an evaporation facility," ROTH Capital Partners said earlier in the year, adding it could be as much as 90% smaller.

And in the end, environmental concerns are the core reason for the whole electrical mobility revolution. 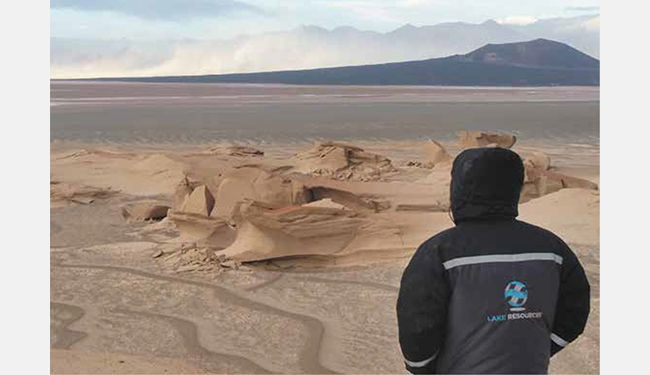 A Lake Resources employee looks out over the desert

"Other benefits include lower variations in product quality, little to no impact from weather, equipment is modular and thus, scalable, higher purity lithium with less deleterious minerals, a short cycle, and potential for application in non-dry climates," the investment banking firm said.

With first production from Kachi slated for 2024, Promnitz is confident in the disruptive technology being rolled out on a commercial scale. Based on the investment support, so are successful investors such as Bill Gates, Jeff Bezos, Michael Bloomberg and MIT.

Lake's direct extraction technology provider, California-based Lilac Solutions, in February last year received the backing of the Bill Gates-led Breakthrough Energy, leading an investment round of $20 million. Bezos and Bloomberg are also investors in the fund, while MIT's the Engine fund is another key investor in Lilac.

"When people ask: ‘So why do you think the process works?' We answer: ‘It's because it's not a new technology, just new for lithium.' We have been testing our brines with this process for over three years."

The people at MIT and Breakthrough Energy would probably see a hundred different technologies a year to potentially fund and they decided to put money behind Lilac," Promnitz said.

"And Breakthrough Energy fund just raised another $1 billion in January, so perhaps there is some more dry powder there to put to work."

There could be more household names associated with Lake's project in the very near future, with this year shaping up to be another big one for the company.

"We could have sold our offtake five times over in the last five months. What we're trying to do is engage with a tier-one battery maker and a household name electric vehicle maker, because that will help us raise the debt and equity, and make people realise it's a serious project," Promnitz said.

Lake has one of the largest lithium lease holdings in Argentina, with three additional lithium brine projects in Cauchari, Olaroz, and Paso, as well as the Catamarca lithium pegmatite project.

So there's plenty more to come from a company already making some big waves in the global lithium industry.

Funding of tech partner by group backed by Gates, Bezos, Bloomberg and others 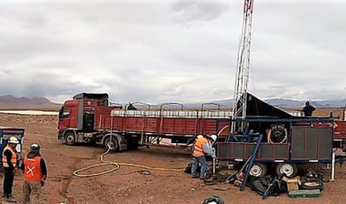 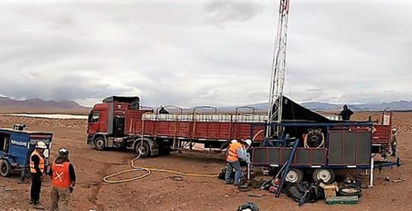