Solaris Resources could not have timed its July 2020 debut on the Toronto Stock Exchange Venture market any better: a rising copper price as a global economic recovery commenced with a movement for decarbonisation and electrification gathering pace. The copper price has increased about 70% since its March 2020 low when it was hit as all commodities were by the impact of the COVID-19 pandemic. The red metal recovered handsomely through 2020; but Solaris stock rocketed about 300% due to a general global scarcity of copper projects.

While the world worries about an impending copper supply shortage, Solaris has a portfolio of exploration properties handpicked by the late David Lowell, arguably the greatest copper explorer in the past one hundred years, who helped develop the porphyry copper deposit model alongside John Guilbert in the early 1960s, which is still the dominant model with little revision for something like 60% of the world's copper production.

The properties were spun out of Equinox Gold as that company focused on taking strides to join the ranks of the world's major gold producers, and under the wing of Richard Warke's Augusta Group, who brought in Daniel Earle, one of Toronto's leading mining analysts, as President and CEO. Mining entrepreneurs Ross Beaty and Lukas Lundin are key company backers.

With a portfolio of projects in Ecuador, Peru, Chile and Mexico, the initial focus is the Warintza project in south-eastern Ecuador where Lowell, in 2000, drilled a few holes in a porphyry cluster and defined a small initial Inferred Resource at Warintza Central of 124 million tonnes grading 0.7% copper equivalent.  The resource sits within a 5km x 5km cluster of outcropping porphyries and is open in every direction with multiple targets remaining untested.

Initial drilling at Warintza Central has the market's appetite with 1km intercepts from surface, such as 1,067m grading 0.60% copper equivalent and 1,010m grading 0.71% copper equivalent. "We have shown we can extend that down to 1,000m at strong grades so we now need to step out and grow the footprint laterally and make additional discoveries as we add rigs," said Earle. Solaris has a 40,000m drill programme underway on Warintza Central off about 1km of strike length down to 1km depth and across 450m, so about a 1.35Bt volume to be drilled.

A clearer idea of Warintza's potential can be seen in its latest press release announcing a new discovery on the Warintza Project along with results of the first modern geophysical survey on the property, which includes a 3D representation of the conductive anomalies on their website. A new discovery in maiden drilling at Warintza West, located 1km west of Warinzta Central, was announced which returned a long interval of copper porphyry mineralization of 798m of 0.31% copper equivalent, with the upper 260m grading 0.42%. The Company believes this intercept is located outside of but adjacent to a large, high-conductivity anomaly, highlighted by the new detailed geophysical survey.

Geophysics further revealed a much more extensive porphyry system than previously understood from surface sampling, with a continuous high-conductivity anomaly encompassing Warintza Central, East and West, with approximate dimensions of 3.5km long x 1km wide x 1km deep, which correlates closely to high-grade copper mineralization at Warintza Central. In addition, a separate, large-scale high-conductivity anomaly was shown at Warintza South with approximate dimensions of 2.3km x 1.1km x 0.7km and at Yawi, a previously unknown, large-scale high-conductivity anomaly with approximate dimensions of 2.8km x 0.7km x 0.5km. These latest results continue to suggest that the resource size at Warintza is purely a function of limited drilling rather than the limits of mineralization and that Solaris is at the beginning of surfacing a potentially much more substantial mineralized system.

That potential scale is what has the market taking notice of Solaris, as such projects are few and far between these days. "Even the very best of the new generation of projects are a fraction of the size of the projects in the existing supply base. Mirador, the biggest mine in Ecuador is world class by modern context [1Bt 0.6% copper equivalent] and represents 95,000 tonnes per year of output. With a base case supply gap of about 7Mtpa opening by 2030, the industry requires the equivalent of more than a hundred of these to meet the supply gap," said Earle.

As such, the company has expanded its drill program from six to 12 rigs to accelerate resource and discovery drilling at Warintza Central, West, East and South in the first half of 2021. With over C$90 million in the treasury, Solaris is fully funded for what is set to become one of the largest drill programs on the continent. The aim in the first half of 2021 is to completely drill off the footprint of Warintza Central in addition to the other targets at Warintza West, East and South with the company looking at drilling up to 80,000m overall during the first half of the year. Despite its growth in share price since its market debut in mid-2020, there is still plenty of runway as with the increased drill program comes increased news flow. If future results are as successful as past, the stock is expected to re-rate higher as the true potential is revealed. "2021 will be a journey of growth and discovery with each target representing a potential game-changer for the project," said Earle.

Warintza continues to demonstrate the potential to become a large, high-grade open-pit copper porphyry deposit, at a time when majors have all indicated that new copper discoveries are required to meet the upcoming copper supply gap.

Major corporates are starting to kick the tyres but the company is in no hurry to do a deal or obtain a strategic partner until it has exposed more of the exploration potential. "With drilling success, everyone in the copper space comes calling to have a look. However, we are not at the stage of opening the books and potentially selling the company as we are still early in the exploration stage and therefore early in the process of surfacing the value in this project," said Earle.

In 2020, the company signed an impact and benefits agreement with the local indigenous communities, similar to the Canadian model of engaging with First Nations. "It was natural for us to borrow from industry best practices in [Canada] and apply them to set precedents and raise the bar in Ecuador. In fact, our [VP operations] Federico Velasquez [formerly within the British Columbia Ministry of Aboriginal Relations and Reconciliation] helped draft legislation for the government of British Columbia [on indigenous community benefits] and was the architect of our innovative Community Social Relations program," said Earle.

The company recently graduated to the Toronto Stock Exchange main board (TSX: SLS).

Solaris Resources - at a glance

Solaris is responsibly and sustainably advancing a portfolio of copper and gold projects in the Americas.

Solaris is responsibly and sustainably advancing a portfolio of copper and gold projects in the Americas. 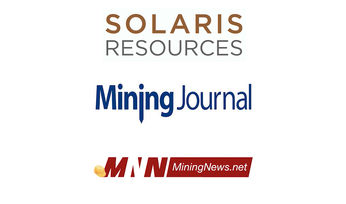 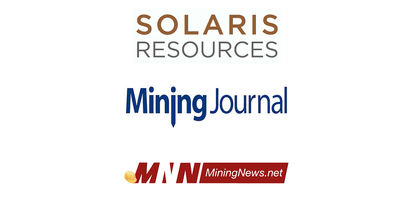