Well-funded explorer St George Mining (ASX: SGQ) has a strong claim to fame as it switches exploration up a gear at its flagship Mt Alexander project in Western Australia.

Every electromagnetic (EM) conductor the company has ever drilled at the Cathedrals Belt has hit nickel sulphide, executive chairman John Prineas explains.

With more than 30 EM targets still to test in its current programme, the company is brimming with confidence for further exploration success.

Investors are also sharing the enthusiasm, with the exploration programme being beefed up thanks to last week's placement at A15c per share which raised $5.7 million (US$3.9 million).

Just days later, the company has reported new EM targets from deeper holes which Prineas said were presenting "a tremendous opportunity" to make further discoveries and confirm the continuity of mineralisation down-plunge.

St George's exploration success to date has resulted from a breakthrough geological understanding of the Cathedrals Belt, which runs east-northeast, unlike the traditional north-south nickel bearing ultramafic belts in the region.

The Cathedrals prospect was first identified by BHP, with St George acquiring the project about three years ago - in time to catch the wave of growing interest in nickel due to the forecast battery demand.

With a heavy investment in drilling, geophysics and industry leading technical staff, St George made further discoveries at the Investigators, Stricklands and Cathedrals prospects - which extended the strike of high-grade mineralisation across the Cathedrals Belt to 4.5km. 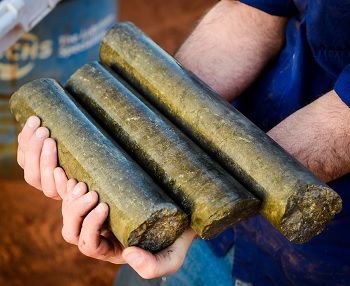 Then in September, St George made another discovery at a fourth prospect, hitting high-grade nickel-copper sulphides in the first hole drilled at the Radar prospect from 44.2m downhole and further extending the strike of mineralisation at the Belt to 5.5km.

The intercept included 2.5m at 4.29% nickel and 1.46% copper, with further EM targets at Radar scheduled to be drilled in the current programme.

Prineas is also optimistic about exploration underway at the Fish Hook and West End prospects, which book-end the 16km belt.

"The [Radar] discovery itself was great news but the more impressive implication was an upgrade on the exploration potential at the Cathedrals Belt, particularly at depth," Prineas noted.

A research report by Argonaut also emphasised the greater potential.

"If the system is this long, it must be deeper than currently defined," the September report said and noted that drilling to date had only tested approximately 200m below surface.

"Probabilistically, a system of this scale is unlikely to stop at such a shallow depth. As surface EM only has an effective penetration depth of ~350m at this project, deeper discoveries will rely on drilling and downhole EM."

"We are seeing increasing potential for significant mineralisation at depth, and are excited to be escalating our drill programme to more intensely test this priority target area," Prineas said.

The company now has a diamond rig at work around the clock, with an RC rig on its way, downhole EM surveys in progress and more surface EMs at Fish Hook and West End prioritised.

"Fish Hook and West End are an exciting part of the mix," Prineas said, "with really good soil anomalies.

"Nova was initially found with one soil anomaly," he added, referring to Sirius Resources' discovery, now being mined by Independence Group. 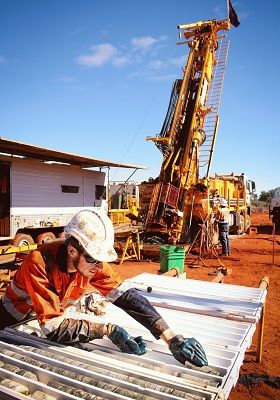 The company is aiming to release an initial resource for Mt Alexander in 2020, being mindful to avoid jumping the gun.

"We don't want to come out with a resource too early," Prineas said.

"A small resource could prompt an opportunistic takeover and that wouldn't necessarily be the best outcome for shareholders."

Meanwhile, the company is paving the way towards a scoping study, starting initial works including baseline environmental studies.

Preliminary metallurgical testwork has demonstrated greater than 99% recoveries of nickel and copper to bulk concentrates using standard flotation and not containing any deleterious elements like talc or arsenic.

"I think we're really well-placed to deliver a commercial project."

The prospect of a low-cost, high-margin project at Mt Alexander is further evidenced by its location in a stable jurisdiction, in an established mining region with its access to existing infrastructure.

It is also ideally located for potential toll treating agreements, lying to the south of nickel operations including Western Areas' Cosmos and BHP's Leinster complex.

St George's exploration success at Mt Alexander comes as demand for nickel as a key battery ingredient has been thrust into the spotlight.

"Nickel demand from EV batteries is set to grow by between 30-40% a year, making it the fastest growing battery raw material," he said in his testimony.

He said Benchmark was tracking the construction of 70 lithium-ion battery megafactories around the world, compared with 17 in October 2017.

Assuming a 100% utilisation rate, Moores said nickel demand was set to increase "by a massive 19 times".

Meanwhile, mining major BHP has repositioned nickel as a key part of its portfolio in a strategy document released in May 2019, citing the electrification of transport as a major driver of Class 1 nickel demand.

"Investors are looking for nickel exposure and they see us as a quality exploration and development play," Prineas said.

The company's share price hit a one-year high following the Radar discovery in September of 25.5c, about double where it was 12 months earlier.

"And there is an excellent opportunity to deliver another discovery when we drill Fish Hook in a few weeks."

Investors can expect a strong news flow in the coming months, as results come in from the exploration programme which is going flat-strap until the Christmas break.

Prineas is keen to maintain the company's exploration success rate and said all indications were Mt Alexander hosted a large, mineralised system.

Looking further ahead, he is confident the project will advance into production.

"We're confident we're going to have a mine," he said. 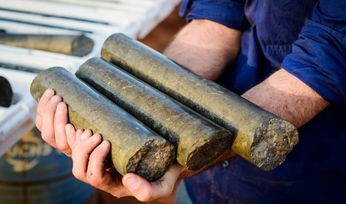 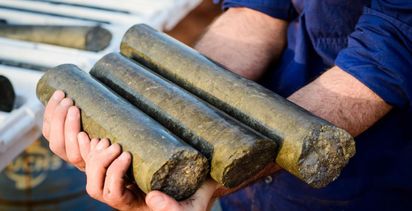