PolarX has had a significant share price surge heading into the summer exploration season at its highly regarded central Alaska properties. Completion of a deal that underlines the calibre of the porphyry copper-gold targets within the company’s Stellar project area has only added to the momentum. 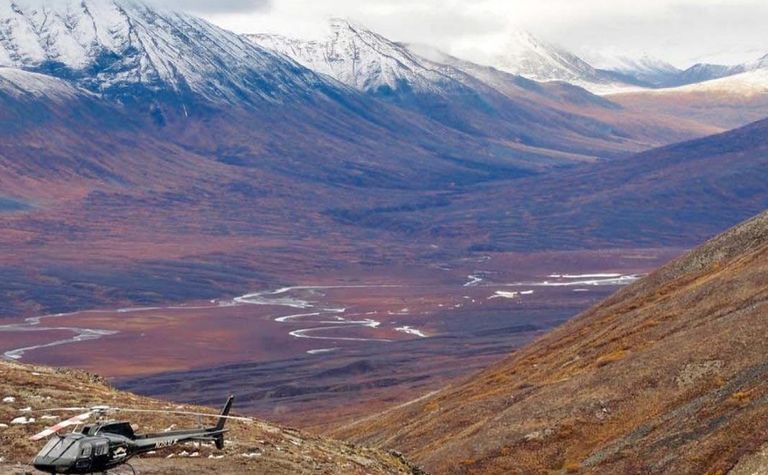 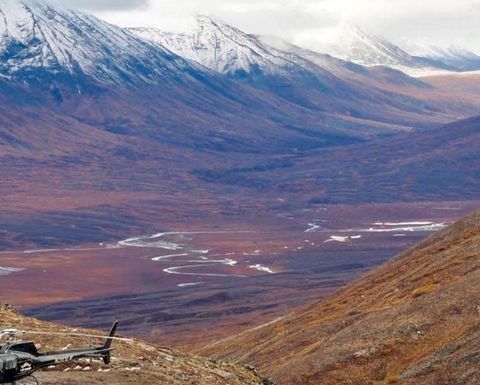 The highly regarded junior has welcomed Lundin Mining Corporation as both a major shareholder (14.3%) and potentially as a joint venture partner at the 100%-owned Stellar project, aptly named for the porphyry copper-gold potential identified at Saturn, Mars, Gemini and Jupiter.

PolarX's summer exploration focus will be on two key programs.

Firstly, ground geophysical surveys and follow-up core drilling will be undertaken at the Saturn porphyry copper-gold prospect so that Lundin Mining can decide whether to trigger the commencement of the earn-in phase on the Stellar project. Secondly, additional drilling will be undertaken at the wholly-owned Zackly copper-gold skarn project where the company has already established a shallow inferred resource of 3.4 million tonnes grading 1.2% copper, 2g/t gold and 14g/t silver (containing circa 90Mlb of copper and 213,000oz of gold).

Zackly, which is excluded from the Stellar JV with Lundin Mining, is in the middle of a 12km mineralised corridor extending west-northwest between the Mars and Saturn porphyry Cu-Au targets.

PolarX managing director Frazer Tabeart says a number of near-surface, high-grade and flat-lying drill intersections at Zackly, including up to 55m of 0.6% copper and 3.1g/t gold, remain open in all directions and, with the low-risk nature of following mineralisation that can be directly magnetically imaged, the company has high hopes of quickly building the resource base in the skarn setting.

"Based on results of the work we did last year we see potential to significantly increase the resource size with further drilling, focusing initially on the eastern zone where openpit potential is present," Tabeart says.

Metallurgical testwork is about to start on Zackly sample material. Copper mineralisation is dominated by high‐tenor bornite and chalcocite which has been shown elsewhere to be able to yield high-grade concentrate, and coarse‐grained, free‐milling gold is also present.

The skarn copper and gold at Zackly is seen as proof of a mineralising process and one piece of a bigger picture PolarX has been putting together to highlight the major porphyry potential in the area and particularly at Saturn, with mineralisation grades, thicknesses and alteration intensity all pointers to possible links between Zackly and Saturn.

The company's magnetic inversion modelling has also spotlighted Saturn as a compelling porphyry copper-gold target, with the surface area, vertical extent and upward flaring geometry of the Saturn magnetic body bearing comparison with known giants such as Grasberg in Indonesia.

Lundin Mining, the C$5 billion TSX mid-cap, has injected A$4.3 million into PolarX via a share subscription to be spent on the Stellar project, simultaneously agreeing to review exploration results by the end of this year before exercising an option to spend up to US$44 million over three years to earn 51% of Stellar. More than half of that ($24 million) is to go into staged exploration, and $20 million to PolarX, also in stages.

Lundin Mining can elect to speed up the earn-in and make payments faster based on results of ongoing exploration.

"That's not an accident.

"We knew what we thought we had and built the register accordingly."

Lundin Mining also wasn't the only big miner keen to take a closer look at Alaska Range. But, says Bojanjac, it was a particularly good fit for PolarX and the project.

"We chose Lundin Mining simply because they're about the right size," he says, noting a major discovery can definitely move the dial for a mid-tier company.

"How does a $30 million company cut a A$70 million deal with one of the big boys?" Bojanjac said at conference. The answer was simple: the quality of the project.

And the quality of the jurisdiction played a part, too.

"New deposits are still being found at or near the surface," Tabeart says.

As well as PolarX, other Australian companies have been actively building a presence in Alaska, including Northern Star Resources which bought the Pogo gold mine, diversified major South32 and its investment in Trilogy Metals, and Sandfire Resources' partnership with White Rock Minerals.

PolarX shares are up more than 40% in the past month, capitalising the company at circa A$37 million. 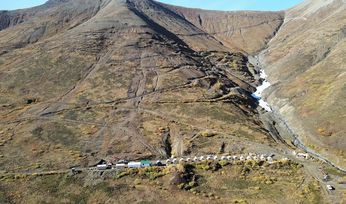 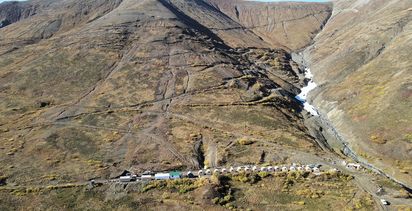