DOZENS of explorers have put their foot on lithium assets over the past two years and made all kinds of claims about their potential, but few deals look as good as Galan Lithium’s (ASX: GLN) recent foray into Hombre Muerto salar region in South America’s so-called Lithium Triangle. 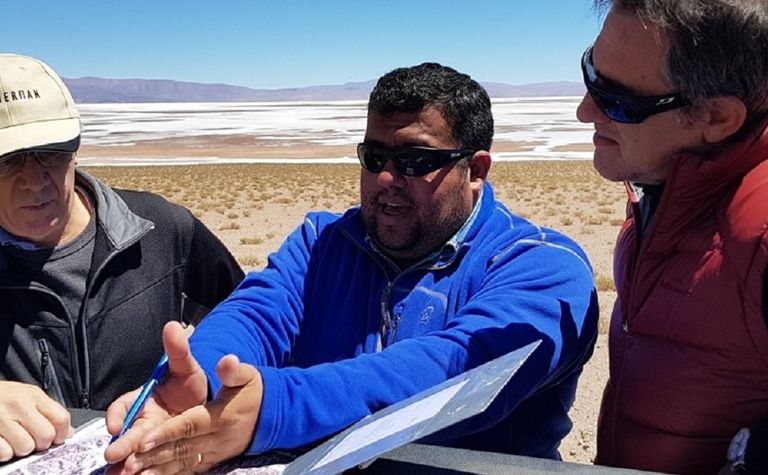 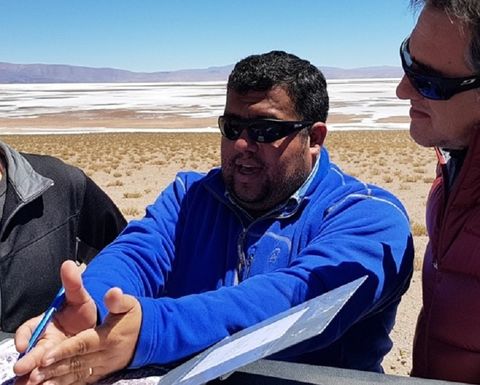 In February, Galan (then known as Dempsey Minerals) secured an option over 100% of 25,000 hectares in the Hombre Muerto. The ground is split into the Candelas project area, immediately south of Galaxy Resources' Sal de Vida project, and the western basin area next to FMC's Fenix lithium operation, which has been producing for more than 20 years.

FMC and Galaxy are big names in the global lithium business with big ambitions for their own projects in the Hombre Muerto salar.

NYSE-listed FMC in July renamed its lithium division as Livent ahead of a public spin-off of a new listed company. Closer to home, most Australian lithium watchers will be well aware of Galaxy's plans for Sal de Vida, which the company rates as "the best undeveloped brine salar in the world" because of its exceptionally low impurities.

Galaxy's confidence was validated in August when it sealed a US$280 million sale of part of its tenements in the Hombre Muerto to South Korean steel making giant POSCO. The deal covered just a quarter of Galaxy's JORC compliant measured and indicated resources at Sal de Vida and leaves it with more than enough material to produce 25,000 tonnes per annum of lithium carbonate for at least 40 years.

After securing the option, Galan quickly got to work with geophysical surveys over its high-priority Candelas project. The ground is centred on a 15km-long stretch of Los Patos channel that brings lithium to the salar from the nearby Galan volcano - the inspiration for Galan's new company moniker.

The objective of the geophysical surveys was to confirm the tenements had genuine potential and not merely "nearology." Gravity surveys are a proven exploration technique in the Hombre Muerto for generating a picture of the depth to basement, and therefore the likely thickness of overlying reservoirs that could host lithium and potassium-rich brines. Magnetotellurics is another proven tool that shows how conductive or salty the fluids are within the reservoir, as well as their subsurface extent.

The results were highly positive, confirming 6,000 hectares of prospective reservoir in the Candelas leases. By the end of June, Galan had exercised its option to acquire all the capital of existing lease owner, Blue Sky Lithium. Which begs the questions, who is Blue Sky and how did it snag the ground next door to such highly-rated lithium projects?

Blue Sky was founded by Chilean/Australian mineral economist, Juan Pablo Vargas de la Vega, and mining engineer Raymond Liu. The career of Vargas de la Vega includes stints with BHP, Rio Tinto and Codelco on optimisation for plants for several commodities, and working as a specialist lithium analyst for a number of Australian brokers. The all-scrip nature of Galan's acquisition of Blue Sky Lithium means he now holds a 7% stake in Galan, and has stepped into the role of managing director.

Galan chairman, Nathan McMahon, says Juan Pablo's ability to secure the ground now held by Galan in the Hombre Muerto was due to a number of factors.

"There's no doubt his connections within South America played a big part, but it's much more than that. He and his team in Argentina are real go-getters. They know how to get things done and it's a thoroughly professional team," he says.

"JP basically saw an opportunity and had the courage to go after it. The analogy I like to use is the Pilbara, where for decades you had just BHP and Rio Tinto. They run huge operations and have more than enough to keep them busy. Then along came Andrew Forrest who dared to create Fortescue."

"Hombre Muerto is to lithium what the Pilbara is to iron ore. It is genuine Tier 1 territory because the quality of the resource puts it in the bottom quartile of global lithium production costs and it has the size to support very long-life assets," he said. 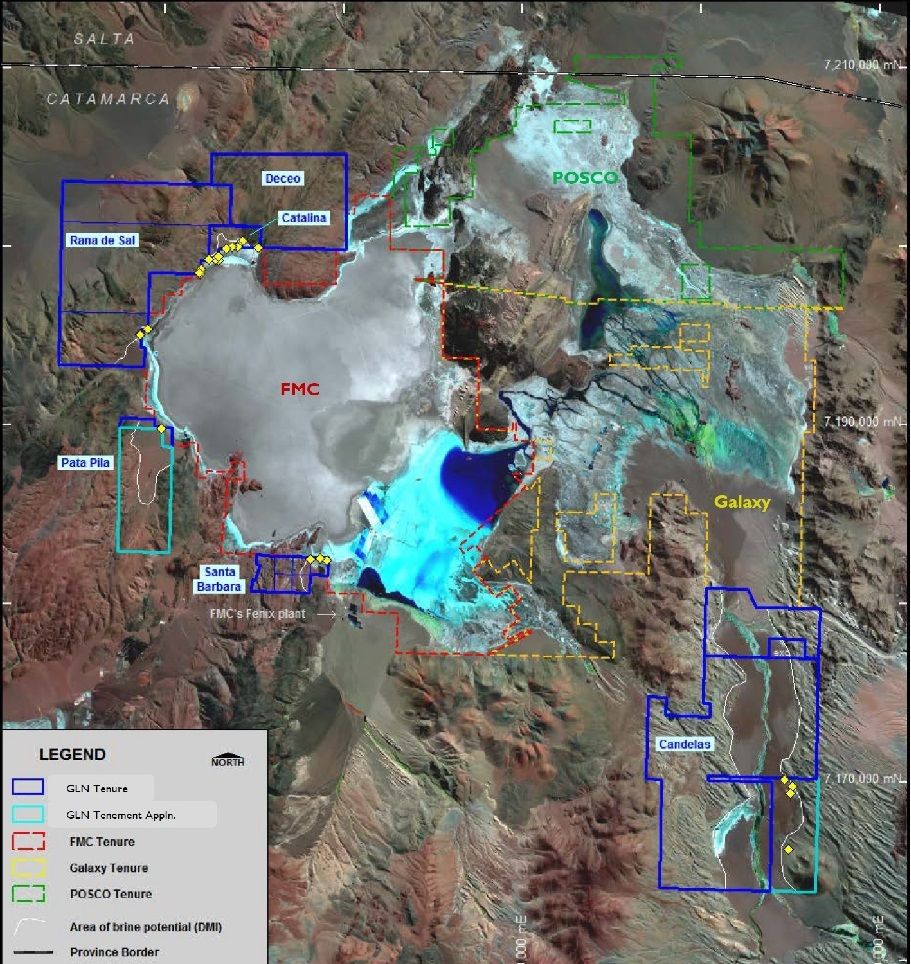 The low level of impurities at Hombre Muerto is a key driver of the region's low operating costs of about $US3,500 per tonne of lithium carbonate, as seen at FMC's Fenix operation. This places Hombre Muerto just one rung up from the global leader - SQM and Albemarle's Atacama project, in the Chilean corner of the Lithium Triangle, which produces lithium carbonate at a cost of about US$2,500/t. By comparison, Orocobre's Olaroz project, further south in the Hombre Muerto region, produces at about US$4,000/t, while Albemarle's Silver Peak project in Nevada operates at US$4,500/t.

Brine operating costs in general are well below those of the hard rock lithium miners, although there is plenty of debate among investors about the relative virtues of each style of operation. Brine projects can only get into production as fast as the sun dries the evaporation ponds, which translates into a 12 to 15 month waiting time for any revenue and a slow ramp up to full production. In the frenzied lithium market, that seems to some investors like an inordinate amount of time to wait. But brine projects are in hot demand globally, with many companies happy to trade off a slow production start for a lifelong opex advantage and a hedge against the uncertainties of lithium prices over the long term.

A guide as to what Galan might expect from Hombre Muerto in terms of operating costs is provided by Galaxy's updated definitive feasibility study for the neighbouring Sal de Vida project, released in May.

The DFS produced an operating cost estimate of US$3,410/t, which reduces further to US$3,144/t after potash credits. This is based on production of 25,000 tpa of lithium carbonate, spinning off annual revenues of US$360 million and EBITDA of US$270 million. The lithium carbonate prices used in the DFS are US$14,750 during an initial production ramp up over three years and long-term price of US$13,911.

Given these sort of numbers, Galan is pulling out all stops to advance the Candelas project located to the immediate south.

The results of geophysical work exceeded expectations, showing very conductive and shallow units ranging from 150m to more than 400m in thickness along the entire 10kms of the Los Patos channel that was surveyed.

The company will do some infill and extensional geophysics in early October, but it already has more than enough information to plan a drilling program to extract brine samples and increase confidence in the size and distribution of the reservoir.

McMahon said permitting for the drill program was moving ahead quickly and Galan was funded for the costs for its maiden drilling program, with $1.7 million in the bank at 30 June and more than $2 million set to be received in December through the conversion of options.

The options are well and truly in the money following a four-fold increase in the company's share price since the Hombre Muerto deal was announced in February.

The reservoir-hosted nature of bring lithium means drilling out a resource is much more like a petroleum operation than hard rock minerals. The host rocks targets are big and homogenous, so getting to a JORC resource can be achieved relatively quickly.

It is still early days, but as the POSCO deal with Galaxy showed, there is potential to unlock a huge amount of value simply from having a JORC resource in the Pilbara of the world's lithium regions. 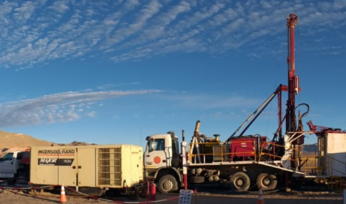 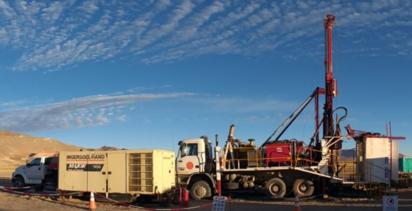