An astute acquisition and systematic exploration bodes well for this copper-gold focused explorer. 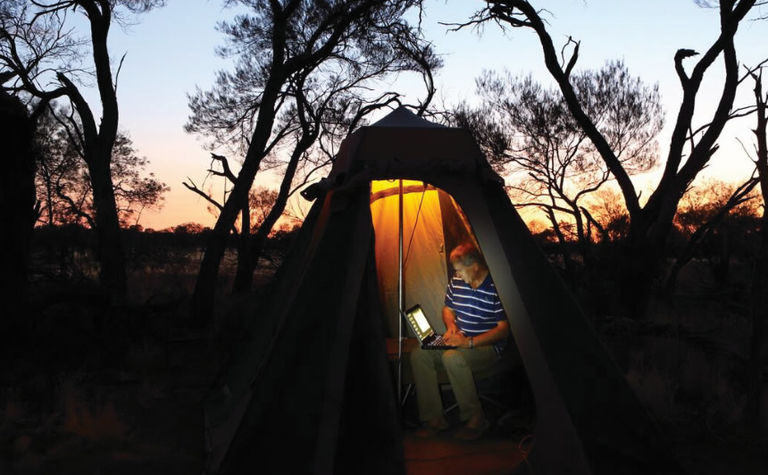 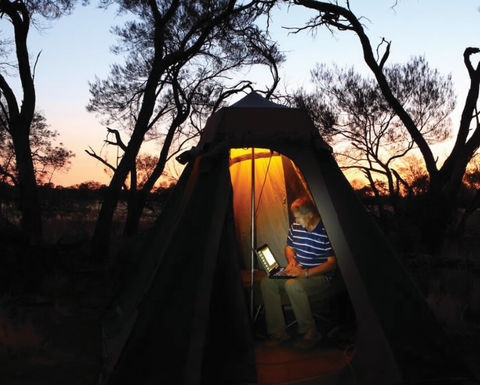 Thundelarra has added a golden string to its bow with a planned acquisition of a suite of highly prospective gold projects in Western Australia.

The projects will add dedicated precious metal prospects to Thundelarra’s portfolio, which includes copper, graphite and uranium in the Northern Territory, plus copper-gold, base metals and graphite in WA, not to mention a free-carried 20% interest in a nickel prospect neighbouring Panoramic Resources’ Savannah nickel mine.

However company CEO Tony Lofthouse is quick to point out that the promising Red Bore copper-gold project in WA’s Murchison remains Thundelarra’s jewel in the crown.

Sandfire produced 16,638 tonnes of copper and 7885 ounces of gold in the September quarter at DeGrussa and Lofthouse is confident that Red Bore hosts similar mineralisation.

Sandfire has also identified two key mineralisation zones at its farm-in with Talisman Mining at the high-grade Monty VMS copper-gold discovery 10km east of DeGrussa, with significant recent intersections including 16.5m at 18.9% copper and 2.1gpt gold from 409.5m.

“The discoveries that Sandfire and Talisman enjoyed at Monty reinforce the potential for this VMS-style mineralisation in and around the Doolgunna area, so we’re highly encouraged and excited by what Red Bore offers. VMS camps around the world consist of multiple deposits, so there must be more to be found here and we remain convinced that our finds to date at Gossan and Impaler can lead us to the motherlode at depth.  We just need to be disciplined and patient.”

“I like the analogy that if you’re walking through a dense forest, the best way to get to the other side is to stick to the path,” Lofthouse said.

“That’s what we’re doing at Red Bore: we’ve found the path – a pipe of high-grade mineralisation – and we’ll continue to pursue it.”

A recent ground magnetic survey has also provided much more detailed information, redefining a “bull’s eye target” from the aeromagnetic survey as three discrete anomalies at the Impaler anomaly at Red Bore.

Lofthouse believes Impaler holds a different system to the mineralisation identified in the Gossan trend.

“At Impaler, the geochemistry is more representative of a VMS style system like those found at Monty and DeGrussa,” Lofthouse said.

“We’re working to identify the systems but you can’t force the pieces of a jigsaw puzzle, you have to make sure they’re in the right place.”

Thundelarra is planning follow-up drilling for the December quarter at Red Bore, to build on results including 52m at 2.5% copper, 1.9gpt gold and 4.2gpt silver from 25m.

The company owns 90% of both the Red Bore and nearby Curara Well projects in a joint venture with prospector Bill Richmond, who is free-carried until a decision to mine.

Turning to WA’s shining gold sector, Lofthouse said the tough time facing many explorers and the strong Australian dollar gold price had presented the company with a number of options to consider.

The Red Dragon acquisition is subject to shareholder approval and ticked all the boxes in terms of underexplored tenements in gold provinces close to infrastructure.

“Gold is a string to our bow and it’s consistent with the board and management’s experience,” Lofthouse said.

“Gold is the lifeblood of WA and you always get bang for your buck if you can discover a gold hit in a proven gold province, having put together a package that hasn’t been explored extensively in the past.

“Northern Star and Metals X have created production hubs and brownfields assets so they can feed into them from brownfields, and to a lesser extent, greenfields exploration.

“I think one of the best opportunities for a gold play at the moment is a greenfields discovery with geological, logistical and geographic synergies – and Red Dragon has that ‘nearology’.”

The fourth Red Dragon prospect is Paynes Find, which historically produced 46,000 ounces at 24gpt gold, and lies 5km from the Paynes Find Battery and 85km from the mothballed Kirkalocka gold plant.

Thundelarra’s third priority is its 100%-owned Allamber copper-silver project in the Northern Territory, where drilling at the Ox-Eyed Herring prospect has intersected 6m at 1.6% copper and 20gpt silver.

The company has identified massive zinc sulphide mineralisation and in recent drilling hit a 45m graphitic intersection from 83m containing zones with more than 50% graphite.

“We’ve got cores being cut and assays in the lab and we’re pretty excited about what might come out and what it might represent,” Lofthouse said.

Also in the East Kimberley lies an asset he believes the market often overlooks – Thundelarra’s free-carried 20% interest in the Keller Creek nickel project.

Panoramic Resources holds the other 80% of Keller Creek, which adjoins Panoramic’s Savannah nickel mine.

Keller Creek’s value has increased thanks to Panoramic’s discovery in August of its Savannah North mineralised horizon extending into the joint venture tenement.

Panoramic’s Savannah North Resource estimate was upgraded in October to 6.88 million tonnes at 1.59% nickel for 109,400 tonnes.

“So what is Keller Creek worth to Thundelarra now?” Lofthouse mused.

“Time will tell but it sure as hell isn’t zero.”

The company has kept its Ngalia uranium project on the backburner and has plenty to keep it busy with news flow in the coming months from further exploration at Red Bore, Curara Well, Allamber and the Red Dragon tenements, pending approval.  Plus the results from the recent Sophie Downs drilling that are currently being assayed.

Exploration is well funded and the company had $A4 million in the bank at the end of the September quarter.

Lofthouse said this represented a conscious decision to put $2 out of every $3 in the ground.

“If I take off my CEO hat and put on my shareholder hat, am I comfortable that our approach makes sense and has technical rigour?” Lofthouse said.

Management has significant skin in the game and aside from about 35% of the stock held by friendly parties, Lofthouse said there was plenty of liquidity for shareholders.

“The company has been very active for the past 18 months and people are watching the stock,” he said.

“Now everyone is keenly anticipating the next stage at Red Bore.”

Resources to support planned PFS for new Queensland gold mine 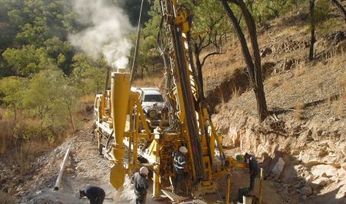 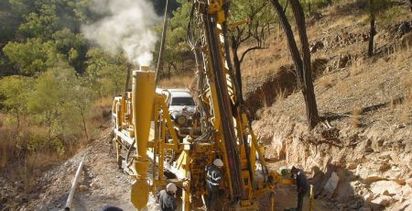