THIS explorer is exercising the diversity of its portfolio by sharpening its focus on a highly prospective gold property as sentiment for the yellow metal takes off. By Justin Niessner – RESOURCESTOCKS* 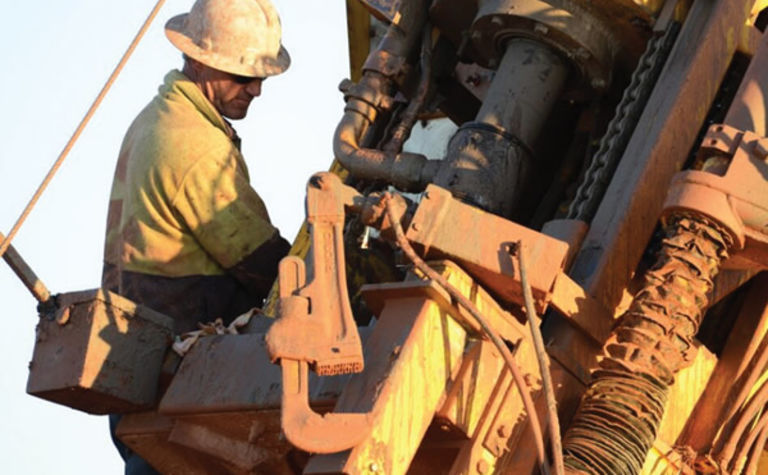 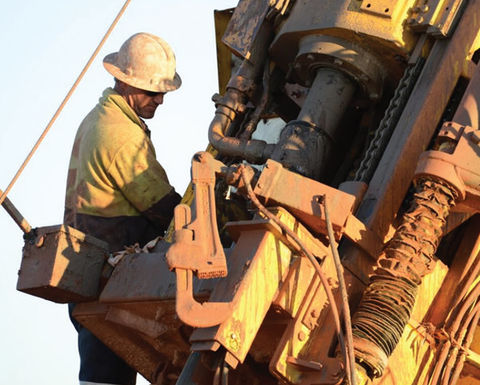 Adelaide has embarked on four drilling programs so far the 2015
calendar year.

As of press time, Adelaide Resources is delivering its fourth drilling program of the calendar year, probing the epithermal mineralisation at its Drummond gold project in Queensland.

After completing a fundraising in late 2014, the company has pursued two drill programs at its Moonta copper project in South Australia plus a campaign at the relatively nearby Eyre Peninsula gold project.

Adelaide managing director Chris Drown told RESOURCESTOCKS the company has kept up its pace of exploration with one eye on the market’s renewed enthusiasm for gold and one eye on an ideology of making the best use of investor funding. “Our philosophy at board level is to maintain a high ratio of funds spent on exploration to money spent on administration. That is an obligation that all mineral explorers should owe their shareholders” Drown said.

“We focus on only two metals – gold and copper. In recent years, our exploration budget has been directed more towards copper, but now we’re adjusting it to give an increased focus on gold. This move reflects the positive way that the market has responded to good gold stories over the last six months.”

The site is in the same geological province as Evolution Mining’s prolific, high-grade Pajingo operation but has perhaps been most remarkable in its tantalising outcrops of gold-bearing veins and sinter rocks, which betray a sub-surface epithermal system.

“One of the prospect’s advantages is that the gold-bearing veins stick out of the ground,” Drown said.

“At most of the places I’ve explored for gold in the past, the target rocks have been obscured under cover, be it 1m of aeolian sand or 100m of barren sediments. When you’re getting ounce-plus gold at surface and can see the geology, it’s a bit of a different story. At this early stage it’s only good grade surface rock chip samples and we are keeping our feet on the ground, but it looks to be very exciting.

“A number of different independently corroborating lines of evidence fit the model of what we would expect to see. We know that epithermal systems can be tricky and that persistence will be required, but I’m thrilled to have a prospect like this to test for our shareholders.”

South West Limey Dam is demonstrably epithermal in its characteristics, with gold at surface at its northern end, balanced by high levels of arsenic, a gold pathfinder metal, in the south. Epithermal system metal zonation models suggest deeper gold resources should be present below the southern arsenic zone.

“We have gold sticking out of the ground at one end and potentially gold preserved at depth at the other end of this prospect,” Drown said.

“Each time our team goes up there and collects more data, the potential of the prospect seems to get better.”

Adelaide has also tracked progress in the gold space at its Eyre Peninsula project, where historic exploration has recorded grades of 27.4gpt over 5m and 4.8gpt over 10m at the Barns and Baggy Green prospects, respectively. The project which covers 3640sq.km in the central Gawler gold province, however, did not host a single known gold occurrence when the company started up there in 1996.

The discovery of Baggy Green and Barns was thanks to the application of calcrete geochemistry whereby carbonate layers developed in aeolian sand cover were assayed for gold to delineate anomalies. Where previous explorers found nothing, Adelaide confirmed that gold was actually quite widespread.

This story helps illustrate another aspect of Adelaide’s exploration philosophy, which is to always seek technological innovations for increasing efficiency. Later examples of this open-minded approach have included plans to expand trials of CSIRO’s widely reported “gold in trees” biogeochemical research as well as the routine use of field-portable x-ray fluorescence (FPXRF) soil geochemistry. Adelaide’s use of FPXRF has already led to the discovery of a new copper zone at Moonta and mapped out the large gold pathfinder arsenic anomaly at Drummond.

“We’re always prepared to embrace technology that might deliver a step change in our ability to explore. Some explorers remain to be convinced about the merits of FPXRF, but we have a great deal of confidence in it.” Drown said.

“The cost of acquiring an FPXRF soil sample is only about 5% of collecting and assaying a calcrete soil sample, so it’s tremendously cost efficient. You can move from seeing first interesting indications to delineating an anomaly that could become a drill target within days or weeks, as opposed to months if you were doing it conventionally.”

Beyond its gold properties in South Australia and Queensland, Adelaide also owns 100% of both the Rover copper-gold project 75km southwest of Tennant Creek in the Northern Territory and the Moonta copper project in the Olympic Dam IOCG province in South Australia. Company drilling at Rover returned 55m at 3.4% copper and 34m at 2% copper and 2.1gpt gold, while the list of shallow copper drill intersections achieved at its Alford West copper prospect at Moonta in recent times is impressive.

Rover and Moonta are the kind of properties a lot of companies would be happy to hold as their sole focus.

“We’re not abandoning copper by any means, indeed we are using the cereal cropping season at Moonta to model our Alford West drill results and evaluate the resource we have found. But we are comfortable having an increased focus on gold. The quality of our gold tenements has allowed us to do this fairly seamlessly at a time when we believe the market will reward positive gold news,” Drown said.

“We own Drummond and Eyre Peninsula 100%, and that leaves open the option of joint venturing to a third party. We have had considerable interest from a range of ASX-listed gold producers wishing to take a closer look at Drummond, but our view is that it looks pretty exciting, and if the market will fund it, we’d rather keep it wholly owned for our shareholders.”

*A version of this report, first published in the July-August 2015 edition of RESOURCESTOCKS magazine, was commissioned by Adelaide Resources. 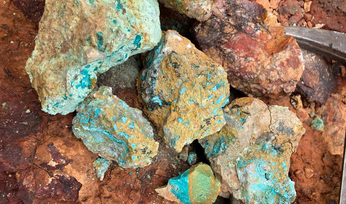 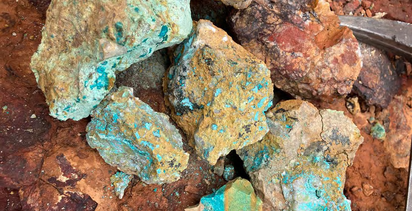