PERTH-based IronClad Mining has teed up a faster way to export iron ore from its Wilcherry Hill magnetite project – via a floating harbour. By Ngaire McDiarmid - RESOURCESTOCKS* 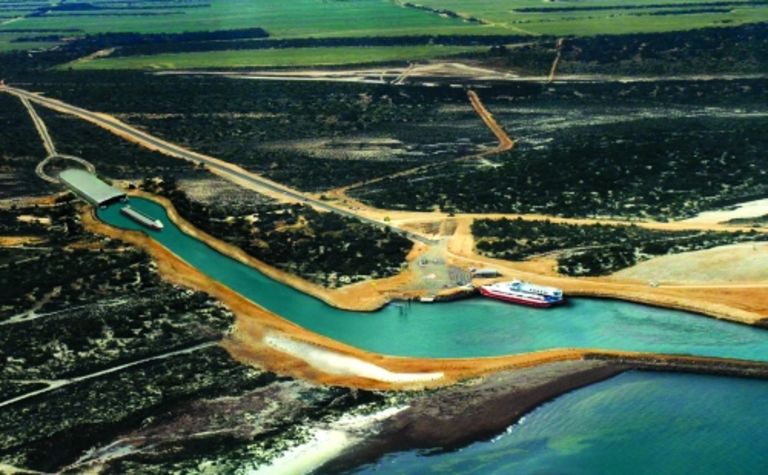 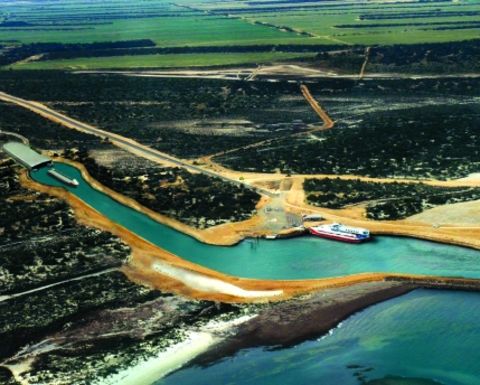 IronClad is on the verge of mining at the Wilcherry Hill project, 40 kilometres north of Kimba on South Australia's Eyre Peninsula.

The joint venture project (IronClad 80% and Trafford Resources 20%) has a JORC-compliant resource of 267 million tonnes of which 69.3Mt is high quality, low contaminant, crystalline (skarn) magnetite.

It is located about 50km west of Iron Knob, which is often referred to as the birthplace of Australia's steel industry and was mined by BHP Billiton for its high quality iron ore for more than 100 years until the 1990s.

IronClad has the location, a low start-up cost of $26 million, a rapid payback period, and a series of "firsts" it is looking forward to achieving.

The company believes it will be the first producer in the world to produce direct shipping ore from a portion of the premium quality crystalline magnetite at Wilcherry Hill.

In another first, the floating harbour providing IronClad's transport solution is a very new design, and unlike Port Adelaide will be able to load 150,000t cape-sized vessels.

IronClad's original iron ore transport plan was to use road and rail over 500km to the relatively shallow Port Adelaide, which can only accommodate Panamax or small Cape-sized vessels capable of carrying a maximum of 100,000t.

"The journey for that ore was tremendously expensive and so we had to come up with an innovative idea that wouldn't inflate the transport costs," IronClad executive chairman Ian Finch said.

IronClad has now signed an agreement with Sea Transport Corporation which will develop the floating harbour off Lucky Bay, an existing small port 150km south of Wilcherry Hill, shaving 350km off the transport distance.

Finch gave credit to Sea Transport, which first put the idea to IronClad when the company was investigating the feasibility of getting ore to Port Adelaide.

"The floating harbour all started to make much more sense than we imagined," he said.

"All the boxes were ticked and suddenly there were no boxes left to tick and we said ‘this is phenomenal, this is the answer'."

Lucky Bay will become a multi-user port but the floating harbour, 7-10km offshore, will be exclusive to IronClad. Finch said this would be the only harbour in South Australia, with the possible exception of the privately owned Port Bonython, which could accept the Cape-sized vessels, giving IronClad the economy of scale it requires.

"Clearly there has to be a substantial cost saving doing away with rail transport altogether and a capital saving on not having to build a rail siding at Lincoln Gap.

"We have had to buy a tug and a barge but most of the other capital remains the same."

In another boost for the floating harbour proposal, South Australian Transport and Infrastructure Minister Pat Conlon has granted a section 49 application which will help fast-track the development at Lucky Bay.

IronClad has a clear cut two stage plan for its ore transport, and a three stage mining plan to expand rapidly to a total production target of more than 10Mt of iron ore a year.

Finch expects the floating harbour to be commissioned within 18 months of IronClad giving the go-ahead, and operational within two years.

In the first stage of shipping, the high quality ore will be taken by flat-bed road trains in containers to Lucky Bay and the company-owned tug and barge will take the ore to Panamax-sized vessels 5-6km offshore.

"Ore will be gently released into the hold by tipping the container into the bottom of the hold utilising shipborne craneage.

"At the same time a fine water mist is created around the top of the hold, to prevent any dust escaping - so all the way through this there are tried and tested environmental guards for this type of work," Finch said.

As the tonnage increases, this container system will be replaced with a bulk loading system from the land-based port onto the permanently anchored floating harbour.

The floating harbour will have a negatively-pressurised 100,000t storage capacity on board and a new fleet of customised, powered feeder vessels will deliver up to 12,000t/day, so Cape-sized vessels can be loaded in three to four days.

"That is a terrific turnaround, it decreases the costs and increases the revenue for the company significantly," Finch said.

IronClad is waiting on state government approval to start mining at Wilcherry Hill but has started early works in anticipation.

The accommodation village, which can house 80 people, has been commissioned within the nearby town of Kimba so staff can be bussed to site each morning.

On the minesite, early works are taking place with water storage facilities, site offices, roads and other infrastructure going in.

"We can't go to mining or a more advanced level of development until the state government gives its approval," Finch said.

"I think it's very close - they've had our submission since December 2010 and they pride themselves on getting these approvals through as quickly as possible so we're expecting it any time now."

The first mining stage is aiming to produce up to 2Mt per annum within the first three years of the high quality DSO magnetite, which will give the company enough revenue to keep going "through the window of opportunity," as Finch puts it.

"It's going to be a world first in that you don't see DSO magnetite exported elsewhere around the world, as far as we can work out," he said.

The second stage of mining will focus on a coarser grade of magnetite from the remainder of the Wilcherry Hill 69Mt JORC resource, which is relatively cheap to produce through a wet beneficiation process.

It could be sent to port via a slurry pipeline but a feasibility study into the best transport options is underway.

By this point, IronClad hopes production will ramp up to 4-5Mtpa and grow significantly once the third stage of mining begins.

Stage three is mining and processing the more conventional magnetite from IronClad's Hercules prospect about 15km east of Wilcherry Hill.

Hercules has a JORC-compliant resource of 198Mt and Finch said the company was already looking at ways to bring that development forward.

Finch pointed out the company's native title agreement with the Gawler Ranges Native Title Claim group and the good working relationship with the shire councils at Kimba and Cowell, which covers Lucky Bay.

"We're very conscious of the social licence required here and we're working very closely with everyone we possibly can," he said.

*A version of this report, first published in the September 2011 edition of RESOURCESTOCKS magazine, was commissioned by IronClad Mining 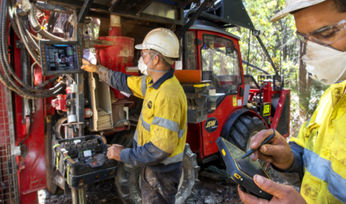 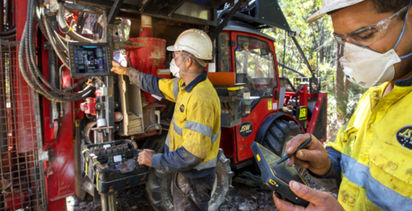 Dryblower to Nev Power: 'have I got a job for you'