All systems go in Fraser Range

MATSA Resources is in round one of a 10-round fight to unlock the underexplored Fraser Range, and Paul Poli and his team like their chances. By Anthony Barich - RESOURCESTOCKS* 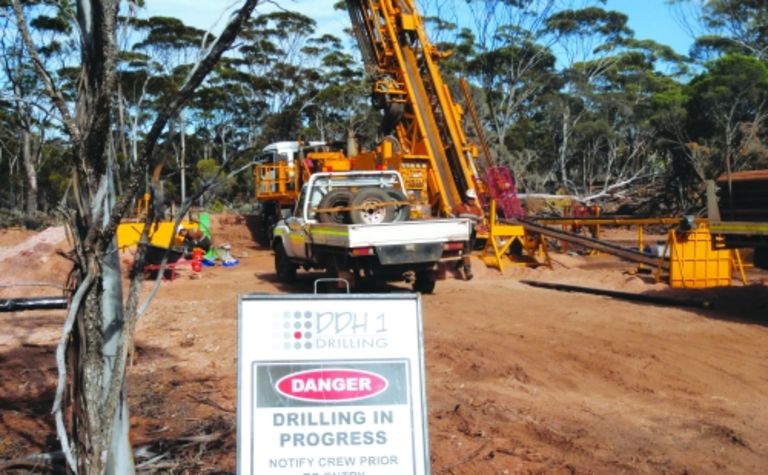 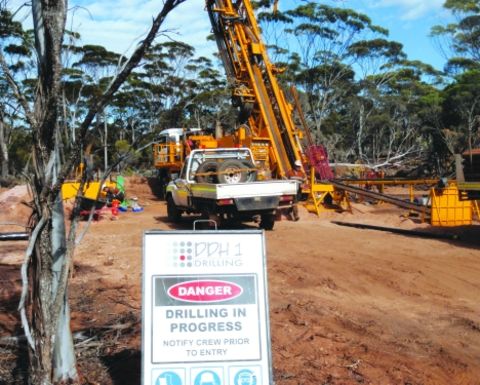 Sirius Resources may be the market darling with its Nova discovery, but Matsa Resources holds the strong belief that there's more where that came from in the Fraser Range, and is in a prime position to capitalise.

Given the size of Matsa's tenure in the Fraser Range Belt, which is now in excess of 1000sq.km, the company is as confident as any explorer can be that it has a good shot at finding a world-class ore body - notwithstanding that 96sq.km at its Symons Hill tenement has probably got 16km of fault line which Matsa believes is significant for the Nova discovery.

"We are in a prime position with that tenure," Matsa executive chairman Paul Poli said.

The Symons Hill tenement, which he described as "our sexiest piece of land" as far as the market is concerned, was granted in early March, so Matsa is moving very quickly, with a field program to commence immediately with drilling planned for June-July, with more follow-up work likely in August and September.

Matsa is well-funded and able to undertake a thorough exploration program at Symons Hill.

Symons Hill provides upside for Matsa and its shareholders on a number of fronts.

"Everything we've done so far at Symons Hill ticks the boxes.

"The geochemistry and VTEM have been successful; the ground EM will provide detailed definition of VTEM conductors and enable drill hole targeting. Ground EM is also proposed over selected geochemical targets investigate areas where the VTEM did not penetrate due to conductive overburden.

"The area is mostly soil-covered and the interpretation of basement geology has mostly been based on airborne magnetic data. All indications are that we have the right host rocks and structure, good geochem and high priority VTEM conductors. So I think we're in with a good shot."

All this leads Matsa to believe that it is in an extremely prospective area.

"We think that this is a company changer if we are successful, but if we do not hit the mother lode in the first drill hole we will not be disillusioned, this is only round one of a 10-round fight," Poli said.

"We've got in excess of 20 VTEM targets and five quality soil geo-chemistry targets. So this preliminary round of drilling will really assist us in our knowledge gathering of the area."

Importantly, Poli also noted that Sirius did not find Nova overnight: "They have been exploring the Fraser Range area for a number of years prior to the Nova discovery; we're being advised by high-quality consultants in Newexco, who were instrumental in assisting Sirius.

"We've managed to put together a high-quality pool of talent who will refuse to be rushed and do a second-rate exploration program. We will, with our team, plan a systematic exploration program building on our base of knowledge as the drill holes, ground EM, IP and gravity surveys get completed to find the next nickel-copper deposit in the Fraser Range.

"Strategically, we concur that the Nova discovery may be analogous to the Thompson Belt or Voisey's Bay belt in Canada and that there may well be more than one large nickel deposit to be found in the area. It's all systems go at Matsa Resources - and we've got considerable follow-up nickel projects apart from Symons Hill."

These include Killaloe, probably the most advanced project which Richard Breyley (Matsa's regional geology manager) described as "more of a traditional Kambalda-style nickel target"; and Minigwal.

Matsa has also picked up about 800sq.km of ground that is almost contiguous to St George Mining's properties in the area, which Poli said "we really do believe is a secondary nickel province or area of mineralisation, which we like very much"

"It is a support act for our Symons Hill ‘first-rate act'," he said.

"We've got big footprints and it's our policy to develop these sizable footprints, to do things in a big way professionally. So there's a lot of backbone to this company with nickel."

This is not withstanding that Matsa also has a very robust gold project which covers 135sq.km of the southern Norseman-Wiluna Greenstone belt in joint venture with Panoramic Resources.

A drill program of close to 10,000m was recently completed on Mt Henry in Q1 this year, which helped to prove up the scoping study completed in December by Panoramic.

"We think that drill program will enhance considerably the results of that scoping study and will really underpin the substantial value in Matsa's share price by owning 30% of a proposed 116,000ozpa seven-year mine life gold project, only 20km away from Norseman township," Poli said.

It's also worth noting that Matsa owns just over 5% of Panoramic Resources, as well as substantial cash on hand, as part of the Mt Henry joint venture deal - which is free of escrow.

"So the company is really in a good spot financially, unlike the vast majority of juniors," Poli said.

It's all part of Matsa's somewhat unique approach which the company is confident will prove prophetic and provide plenty of benefits for shareholders in the future.

"We believe that a mining company should be managed like a business: it should have diversity of minerals with a diversity of risks," Poli said.

"Over the last three years we've developed a high-quality pipeline of projects at various stages of development and exploration.

"Like any good business, we are continually assessing each project's value and alternatives for development. I know that's different to the way a lot of junior explorers behave, but we are a company with a difference."

Breyley said the Siam copper project in Thailand was also "a potential company-maker", while the Paisali iron ore project had the potential for short-term cash flow.

"We've got an abundance of projects on hand, which I view as potential opportunities for conversion into liquid assets, or cash, thereby enhancing our financial standing, compared with a lot of other companies of our size," Poli said.

"It's probably a unique way of looking at it, but we think it's the way of the future.

"Greenfields projects, particularly in Australia with a low sovereign risk, may be more valuable today than they were 3-4 months ago.

"We are currently talking to several groups who are very keen to participate in a number of Matsa's projects on a JV basis, which would mean liquid assets or cash to Matsa."

*A version of this report, first published in the June/July 2013 edition of RESOURCESTOCKS magazine, was commissioned by Matsa Resources 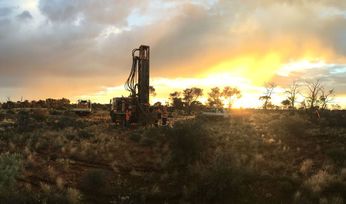 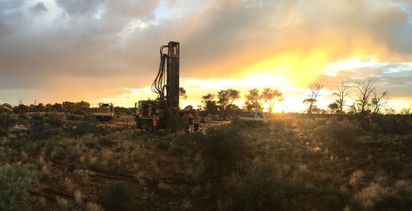