THIS junior is busy proving why mining giant BHP Billiton showed interest in the nickel potential at its ground in Western Australia’s northeastern Goldfields. By Ngaire McDiarmid - RESOURCESTOCKS* 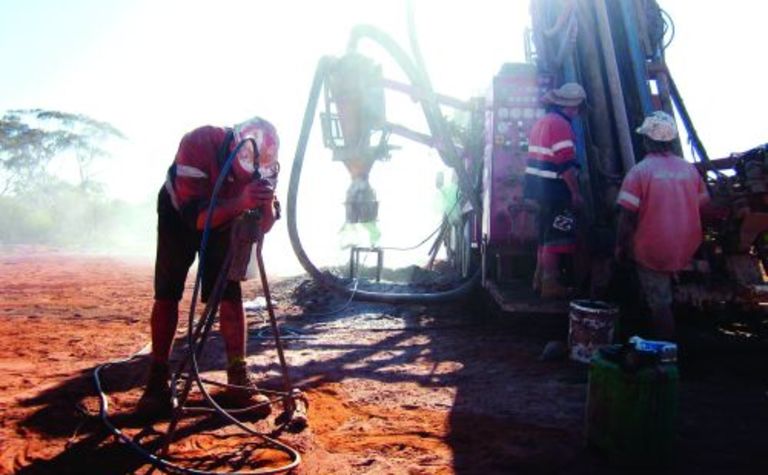 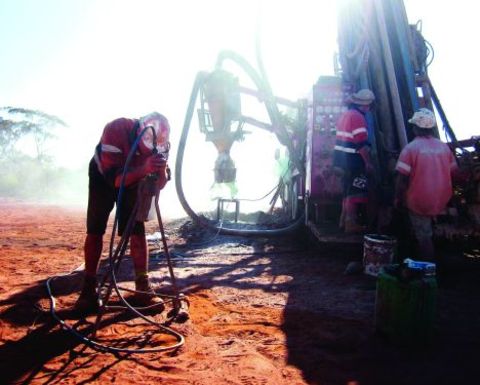 This year should prove transformative for St George Mining.

Nickel sulphide experts have confirmed the company's wholly-owned East Laverton project has the potential to host a nickel camp and there is an exciting pipeline of exploration targets it will start to drill this month.

Executive chairman John Prineas said the company had completed an immense amount of work which verified why BHP Billiton was interested in the ground's nickel prospectivity.

"It has the potential to host a nickel camp and that's not a concept any more, it's based on an enormous amount of empirical work," Prineas said.

"Independent experts have confirmed we're on the right path and we have immediate, high priority drill targets which could prove a significant discovery.

"It should be a good year for us."

The data has been crunched in a strategic technical review in conjunction with Dr Jon Hronsky and Matthew McCarthy.

Dr Hronsky is a geologist with industry leading credentials in discovering nickel sulphide deposits including the West Musgrave province in WA.

"He is one of the world's leading experts in nickel sulphide and project targeting and he is as convinced as ever that our property has the potential to host a nickel camp," Prineas said.

Fellow reviewer McCarthy has a strong background in nickel exploration in WA. He was formerly with BHP Billiton where he managed the previous farm-in arrangement at East Laverton between St George and BHP Billiton Nickel West.

St George now enjoys 100% ownership of both the project and previous exploration data, after BHP bowed out of the farm-in late in 2013 having spent $A3 million on initial exploration work.

The Agnew-Wiluna belt is one of WA's most significant nickel belts and hosts a number of world-class nickel sulphide deposits including Perseverance, Rocky's Reward and the Cosmos nickel camp.

"The similarities between the geology at East Laverton and Agnew-Wiluna support the potential for the East Laverton property to emerge as a new nickel province," Prineas said.

"Nearly every hole we drilled had anomalous zinc values and we also found felsic rocks, so that's progressing the VMS story and is another opportunity for a discovery for us," Prineas said.

Drill hole DD011 found a potential marginal phase of a larger VMS system within the Desert Dragon prospect which supports the potential of higher-grade occurrences of VMS-style mineralisation at East Laverton.

"Of the three belts, the one that's lighting up like a Christmas tree and begging us to go and explore is the Stella Range belt," Prineas said.

"There is an 18km section which our technical review recommends we should focus on, which is all of Desert Dragon and Windsor.

"Coincidentally, it's about the same length as other known nickel camps in the Agnew-Wiluna belt, including Leinster, Mt Keith and Honeymoon Well.

"They are prolific nickel camps and the technical guys think our Desert Dragon and Windsor area is shaping up like that."

Drilling has encountered multiple occurrences of nickel sulphides in this area and identified a large and fertile komatiite channel that has potential to host a massive nickel sulphide deposit.

"This is an optimal search area for massive nickel sulphide mineralisation, and only a very small portion of the basal contact has been tested by drilling so far," Prineas said.

"This area offers a substantial exploration opportunity for a significant discovery."

Category 1 EM anomalies demonstrate all the primary criteria for a massive sulphide body and Prineas said they warranted immediate attention as drill targets.

At Desert Dragon, four of the 13 EM anomalies have been classified as Category 1 and two met the criteria at Aphrodite.

"These Category 1 anomalies are a priority focus for our next round of drilling," Prineas said.

"They're a great addition to our large pipeline of nickel sulphide targets.

"This underscores our tremendous exploration upside and our potential to establish a new nickel camp."

Investors have continued to demonstrate support for the explorer at a time when other juniors have faltered.

The company successfully raised $1.75 million in September in a private placement to sophisticated investors.

Its coffers were then further boosted by an $800,000 research and development cash rebate from the federal government.

"We're an active explorer so we're spending money, but we have the cash to refine our exploration this year," Prineas said.

Indonesia's ban on unprocessed ore has affected the nickel market and Prineas agrees with analysts who say demand is set to outstrip supply.

The dynamics suit St George as it focuses on the high priority targets in its expanding list.

"We've developed a nice pipeline of exploration targets at East Laverton and there's potential for the area to have multiple discoveries," Prineas said.

"The enormous amount of work we have completed has taken the project to an advanced stage with immediate drill targets for massive nickel sulphides.

"We are a small exploration company with the potential to make a transformational discovery which would create substantial economic wealth.

"We're trying to keep our excitement in check but this is the year for St George."

*A version of this report, first published in the March 2015 edition of RESOURCESTOCKS magazine, was commissioned by St George Mining. 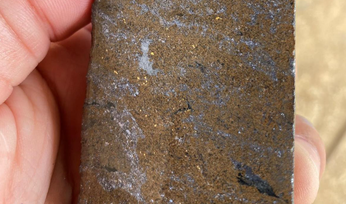 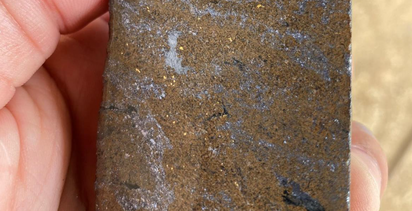