"We aim to employ local people and integrate with their community" 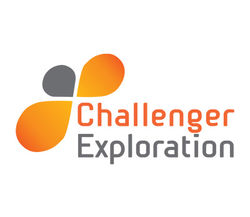 The Hualilan Project is located approximately 120 kilometers north-northwest of San Juan, the capital of San Juan Province in north-western Argentina. It consists of 15 mining leases and an exploration license application covering the surrounding 26 square kilometers.

The El Guayabo project consists of nested late Oligocene to Early Miocene intrusions punctured and intruded by a number of breccia bodies and porphyries. The property is located within the El Oro Province of southern Ecuador, 35 kilometers south southeast of the Machala which lies on the Pan-American Highway and contains a water port.

The Karoo Basin Gas project, which extends across 600,000 square kilometers is located in central and southern South Africa and contains organic rich shales of Permian age with combined thickness up to 5,000 feet.

Drilling expands the Colorado V discoveries in Ecuador, next three holes all ret

An overview of Challenger Exploration's projects

Next 6 holes all intercept over 300 metres of mineralisation

Download
Verde Zone confirmed as continuous zone of mineralisation of at least 1.5 km

Several significant intercepts confirm Verde Zone at the Hualilan Project, is a discovery of scale

ALL Stock Price Today by TradingView

ALL Fundamental Data by TradingView 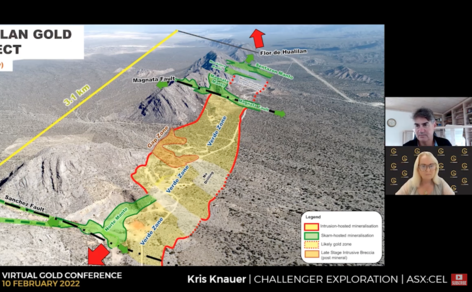 Tags
> Participants
see all talks from this company