It seemed at first like a typical backdoor listing, with copper-gold assets being vended to a struggling uranium-tin-tungsten explorer. The new management team then began due diligence on buying another similar project to boost their project portfolio.

While in the process of that due diligence on what was first called the Mt Ida copper-gold project Matthew Boyes and his team found that, of all the historical holes dating from pre-2008, less than one per cent of the drill cores had been assayed for lithium. After all, 14 years ago lithium was not quite the must-have battery metal it is today. 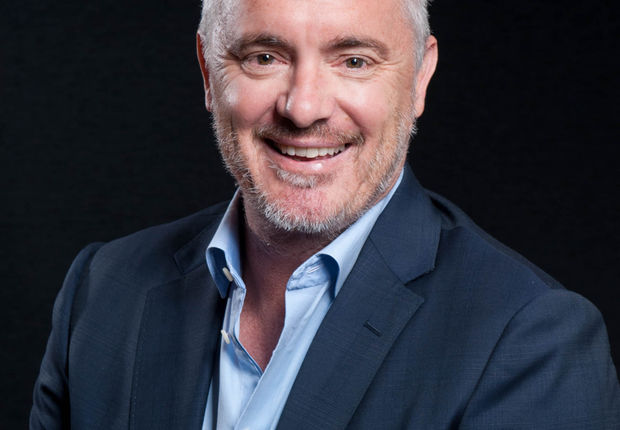 Result: on September 28, 2021 — just seven days after the company had changed its from TNT Mines to Red Dirt Metals — out came an ASX release headed "Mt Ida — a new lithium province".

Red Dirt also undertook XRD analysis on the core to determine the mineralogy of the lithium. Results confirmed that the predominant mineral within the historic samples was spodumene, the hard-rock lithium metal preferred for processing

Red Dirt paid $11 million to Ora Banda Mining for Mt Ida; in retrospect, that may turn out to have been quite a bargain. It was the Red Dirt technical team that, undertaking due diligence checking, noted that multiple high grade lithium intervals had been intersected within pegmatite bodies on the western contact of the main granite intrusive.

They also found that earlier explorers had overlooked the lithium. In fact, one drill hole completed in November 2006 intersected 23.3m of spodumene-bearing pegmatite, located in the immediate hanging wall of the Baldock copper-gold lode. Extraordinarily, this pegmatite core was never submitted for assay. Red Dirt located the core and sent if off for assay, which subsequently returned a mineralised interval of 21.7m at 2.11% Li20 from what is now known as the Sister Sam pegmatite.

Only 44 of the 4,295 drill holes within the Mt Ida dataset were either logged for pegmatite occurrences or had been assayed incidentally for lithium as part of a multi-element analysis.

And the grades keep coming. At the end of May Red Dirt reported a hole at the Timoni pegmatite returning 5.2m at 2.42% lithium oxide, part of a 60,000m drilling program underway with by then four rigs on site. And from the Sister Sam pegmatite came a 31.9m intersection assaying 1.01%. A month later the company reported intersecting the thickest pegmatite interval to date.

Resource definition drilling was due to end by June 30, with the next step being a mineral resource estimate due early in the September 2022 quarter..

In addition to from the lithium, gold and copper grades from the recet drilling at Mt Ida have continued to be head-turners. In June Red Dirt reported a hole returning, over a 5.61m interval, 52.69gpt gold and 1.07% copper, including 1.21m at 214.55gpt and 2.26% respectively. Gold was mined historically at Mt Ida with 306,100oz produced at an average grade of 17.29gpt.

However, Mr Boyes says that the market preferred the lithium story from the start. "When we were doing presentations and came to the gold, nobody wanted to the listen to that," he recalls. "They would say ‘Yes, but what are you doing with the lithium?'" 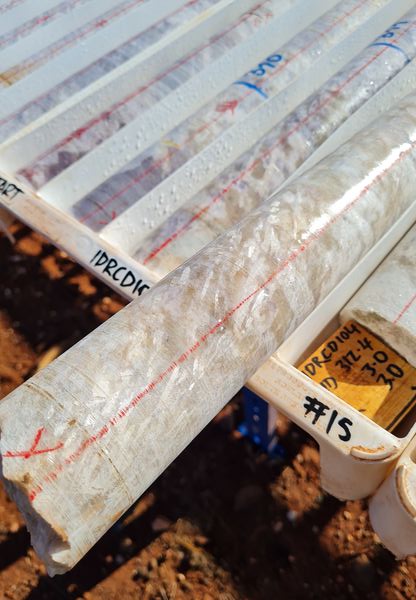 Gold is no longer the company's main focus. So, the two original projects backed into TNT Mines — Eureka north of Kalgoorlie and Warriedar — are receiving the minimum spending to keep them in good standing. "The market is not interested in them," adds Mr Boyes. "We are not seeing any value being attributed to these gold assets at the moment."

All the attention is now on progressing the lithium as quickly as possible with Red Dirt hoping to get its maiden mineral resource estimate out before Diggers & Dealers kicks off on August 1. Then will follow the pre-feasibility study, lobbing either late in the September quarter or early in the following three-month period.

In May, Goldman Sachs sent shivers through the lithium market with a note that declared peak lithium had been reached and the market was headed for oversupply. Other analysts took issue, while Benchmark Minerals Intelligence laid out five reasons suggesting that oversupply was most unlikely.

These reasons were: the industry cannot rely on China feedstock meeting market needs (the quality of their spodumene product is poor); capacity does not equal supply; new lithium supply comes at a higher cost base; contract price is important — much more supply is under contract than sold spot; and a lot of lithium chemical capacity is being used reprocessing material that does not meet specifications.

And, certainly, Mr Boyes' experience at the June lithium conference in Arizona suggests that end-users are certainly not expecting oversupply. Buyers were clamouring at the conference to find new sources of mined supply. Both Chinese and European-based off-takers were "extremely interested" in Red Dirt's plans. Japanese and South Korean companies are scouring the lithium space for potential new mine opportunities.

Red Dirt is confident it can pull together three key offtake partners who will help finance development at Mt Ida. "We're in the box seat," says Mr Boyes. "New supply is being gobbled up. Everyone is scrambling to get product."

He sees the supply-demand lithium situation in the 2020s as "dire", but that will be dwarfed by demand in the following decade. What Red Dirt is doing is eyeing the post-2030 period when the demand for electric vehicles and wind turbines will be high. "Looking well past 2030, I think it's a good time for us to be coming into production." Lithium is, in his view, the new oil: it will be driven by battery demand, ESG requirements and climate change policies.

Mr Boyes describes Red Dirt's operation as aggressive, the project growing at a fast rate, with a derisking team in place, and $20 million in the bank. The board has been bolstered by bringing on board Jiahe ‘Gower' He as executive director for corporate development. Mr He came out of Mitsui & Co where he oversaw lithium marketing and offtake deals.

Aggressive is the word. Red Dirt had completed a key 28,000m drilling program, and then approved the additional 60,000m. It is full steam ahead on resource drilling out and regional exploration.

Red Dirt is focused on the exploration and development of the recently discovered Mt Ida Lithium Province in Western Australia.

Red Dirt is focused on the exploration and development of the recently discovered Mt Ida Lithium Province in Western Australia. 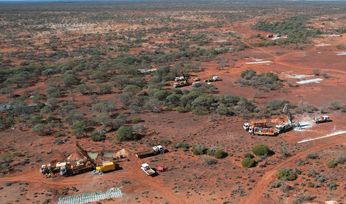 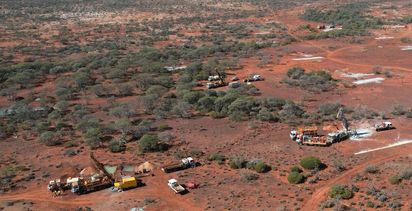