A strong demand/supply set-up has lifted zinc prices to record highs in recent months, giving a boost to Toronto-listed junior Tinka Resources (TSX-V:TK) in its bid to progress the promising Ayawilca project in central Peru. 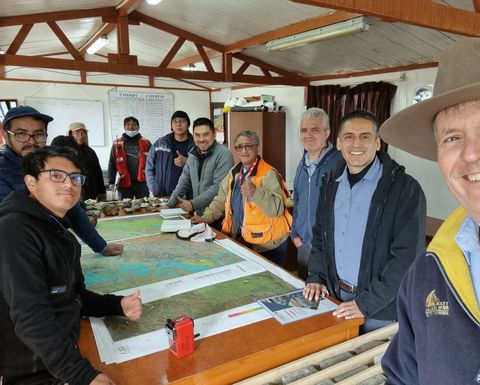 Annual production was slated at approximately 155,000 tonnes based on 43.5 million tonnes mined over 14.4 years.

"It's a globally significant zinc deposit in anyone's language," says Tinka's CEO Graham Carman. "It's got the size and grade that majors want; the zinc is all sulphide, there's no oxidation, it floats beautifully. The technical risk is really quite low, and there is significantly more exploration upside."

Tinka is currently progressing Ayawilca towards a pre-feasibility study, which Carman said should be delivered in around 18 months.

"It's going to be a really exciting time for us. The last 12 months has been pretty quiet - we haven't really done much work other than putting together the PEA and we've kind of been getting ready for this next phase. Now we're fully cashed up, with all the necessary permits and ready to go," he said.

Tinka is poised to kick off a 10,000-metre drill programme, with exploration drilling set to start mid-June. This will be followed by infill drilling to target high grade zinc zones, with a view to boosting measured and indicated resources. Results are expected to filter through from the end of July to the end of the year at least.

The deposit is divided into four different areas - west, south, central and east, and Tinka will focus on the higher-grade west and south areas, where Carman said there's still about 15Mt of inferred resources. "Those two areas not only feature the highest grade but also represent the thickest parts of the deposit," said Carman.

"We've got around 20Mt indicated and 45Mt inferred at the moment, and we want to get that 20Mt up at least another 50% to about 30-35Mt, so that's what we're going to be targeting and that will then feed into a PFS towards the back end of 2023," said the CEO.

Carman is also hoping to add a tin component to the resource, having unearthed a separate zone of the metal beneath the zinc that it chose not to include in the PEA.  The Company is working on metallurgical test work at a laboratory in Australia at this time.

Tinka is well positioned from a financial standpoint after announcing a strategic financing with Nexa Resources - Latin America's largest zinc producer - and with Buenaventura an existing insider of the company, towards the end of May 2022. The deal saw Tinka raise C$11 million at a 50% premium to the closing share price.

It means Tinka is now fully funded through to PFS, with C$20 million in the bank.

Nexa's investment gave the company a 19% stake in Tinka, putting them just behind the other large strategic investor, Peruvian miner Buenaventura.

Given Tinka's size and experience, it would be unsurprising should one of the strategic partners come in to build the mine.

"I would imagine that one of those companies ultimately will end up developing this. But we do have some competitive tension so I think that's a good thing," said Carman.

However, Carman cautioned against complacency.

"We've got to be prepared to develop it ourselves to get the best outcome for our shareholders" he said.

Nexa owns three mines in Peru and also owns the country's only zinc smelter, located about 200km from the project, and connected by a direct train line.

Tinka itself began life a decade ago with a silver project on the northern side of the Ayawilca property. The company then discovered Ayawilca somewhat fortuitously in 2014 as it explored for more silver.

"They drilled through the overlying sandstone unit where the silver was hosted. The drill hole busted through the limestone and all this zinc came out of the ground, which was a surprise for our geological team at the time" said Carman.

"That drill hole caused a change of focus for the company."

In addition to its flagship project, Tinka also holds a large exploration portfolio in central Peru, half of which it bought in 2021 from BHP. That ground features an outcropping copper-gold skarn, known as Silvia, which Carman said BHP "didn't really recognise" as having potential. Tinka's geologists have been sampling and mapping the skarn outcrops and the size of the potential discovery has grown.

Carman said Tinka was working hard to get a drill permit for Silvia, having announced a trench of 45 metres at 0.8% copper and 1.6g/t gold in an outcrop earlier in 2022.

"It's obviously early days but we think there's a lot of potential on that Silvia property to hide a very large copper-gold discovery, so we're planning to drill that prospect some time in the next 12-18 months," said Carman. 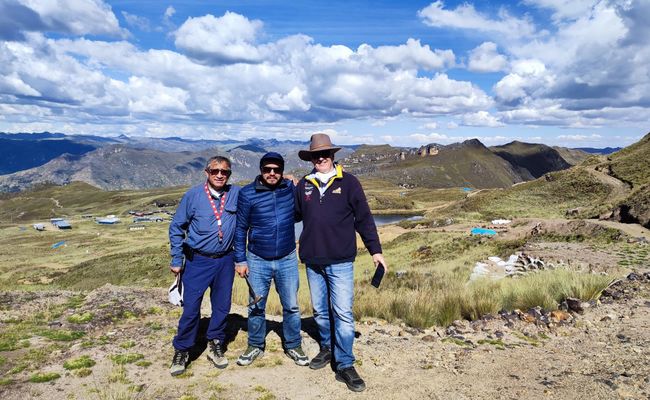 View of the Ayawilca Zinc project and camp

While many miners feared a marked increase in political risk under Peru's President Pedro Castillo, who was elected mid-2021, Carman said he was more focused on the dynamic between the company and local communities.

"I think at the end of the day, what's important for the Ayawilca project is our relationship with our local communities, not what happens in Lima. We work very closely with our local communities; we have excellent relationships with our stakeholders and have had for the 10 years or more since Tinka first worked in the area. We provide ongoing social programmes for our communities including assistance with infrastructure projects, with school and sporting equipment, educational programs and so on.  We also employ dozens of community workers during our drilling programmes, which is a win-win for our stakeholders and for the company " said Carman, who believes successful development of Ayawilca depends on getting community relations right.

"I think that one of the most important parts of putting this project into development is to continue to work with the communities and acquiring long term surface rights - not just the three- or four of five-year access agreements that we've worked on in the past."

As for zinc itself, which the US Geological Survey added to its list of critical minerals in early 2022, a shortage of promising new projects bodes well for Tinka.

"A lot of the zinc mines that are currently producing are old; they've been around for many years, so the grades are dropping and the production is dropping. So I think the supply/demand story is fantastic for zinc," said Carman.

Tinka reaches for the sky at Ayawilca 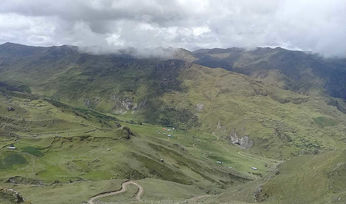 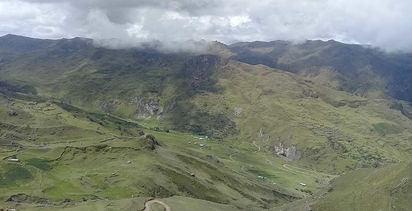