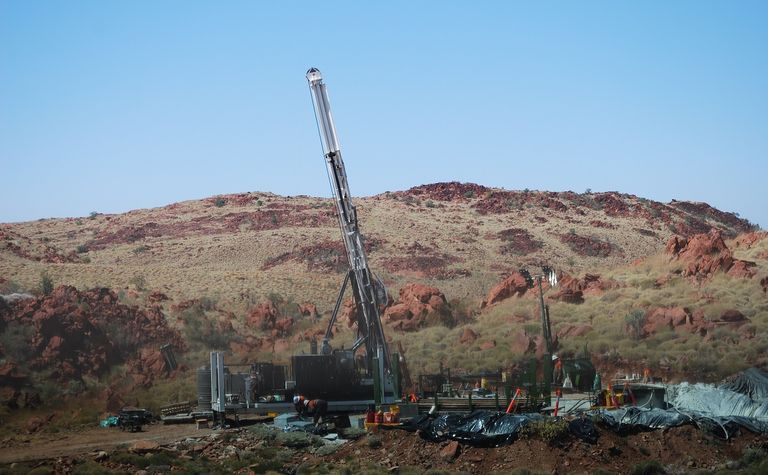 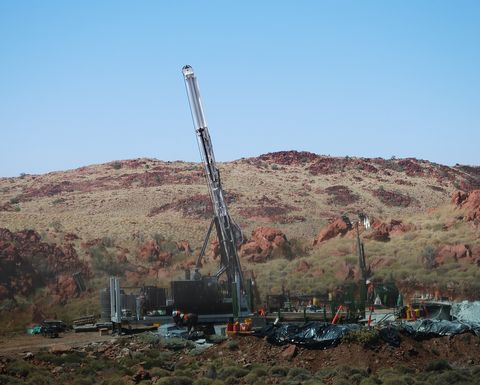 Drilling at Azure Minerals’ at Andover nickel-copper project in WA

A year on from acquiring a 60% stake in the Andover nickel-copper sulphide project in a deal with highly-regarded prospector Mark Creasy, Azure is less than six months away from establishing an initial resource and has already kicked off a scoping study into a mine development and operation.

"Azure has a cracking good, nickel-copper sulphide project and we're looking at these high value, highly sought-after battery metals like nickel, copper and cobalt, and we're finding a significant amount of them in our drilling at Andover.

"The geophysical surveying has been an outstanding success in identifying electromagnetic conductors - everywhere we've been drilling into those conductors, we've been hitting substantial quantities of nickel and copper sulphide mineralisation.

"So things are looking very, very positive for the company."

Rovira brings expertise in gold and nickel discoveries - he was named prospector of the year in 2000 by the Association of Mining and Exploration Companies for discovering the Cosmos nickel sulphide deposit in WA.

Azure is also using knowledge of other WA success stories as it eyes the potential for Andover to herald the dawn of a new nickel province in the state's north.

Rovira said Sirius Resources' Nova discovery in WA's Fraser Range in 2012, now being mined by IGO, was an early indication that layered mafic-ultramafic intrusions could host significant nickel and copper in Australia.

Other recent discoveries in layered mafic-ultramafic intrusions in WA include Legend Mining's Rockford project and Chalice Mining's Julimar near Perth.

"All of these are in the same sort of rock units as what we've got at Andover, and it's the recognition of what others have found that's brought our attention to Andover," Rovira said.

"It's enabled us to utilise this knowledge in our exploration and it's proving to be very successful."

Resource definition drilling at Andover's VC-07 East returned some of the highest-grade intersections yet from the project in September.

Azure is aiming to release a maiden resource for the VC-07 East deposit in the first quarter of 2022.

Three rigs are drilling around the clock at VC-07 East with the programme set to wrap up at the end of October.

"We've found even more evidence of mineralisation at surface that has never been tested," Rovira said.

"If we were to continue to have the same sort of success rate of drilling a conductor and hitting nickel, as we have up to now, then this project will become a very substantial nickel province in its own right."

Azure has embarked on a series of development studies, with an aim to release a scoping study in mid-2022.

Rovira said metallurgical testwork, geotechnical and mining studies were underway along with other components involving community, heritage and environment to lay the groundwork for a prefeasibility study immediately thereafter.

Azure is particularly pleased with results from the initial metallurgical studies which confirmed that the Andover sulphide mineralisation can be processed to produce high quality, high grade, clean concentrates with excellent recoveries using a simple and robust industry-standard flow sheet.

Andover's nickel-copper potential has perhaps been overlooked given its location in a region more renowned for its iron ore production and gold mining - although this means the project now has ready access to infrastructure including transport, power, water and mobile phone coverage.

"All the logistics and service support you could possibly want, everything you need for an exploration and mining project, are within about half an hour's drive of the project area," Rovira said.

Azure owns 60% of Andover, with the Creasy Group free-carried through to a decision to mine.

Gold "too good to pass up"

Aside from Andover, Rovira says Azure's four gold projects were "too good to pass up" when they became available last year.

It owns 100% of the 569sq.km Barton gold project located in the Kookynie gold district, which is part of the world-class Leonora-Laverton gold province of the Eastern Goldfields region of Western Australia, as well as three other gold projects in 70%/30% joint venture partnerships with the Creasy Group.

Of these four, Rovira is most excited about Barton and the Turner River project.

At Barton, Rovira is very encouraged by neighbouring success.

"I think that there's good potential for finding a major gold deposit at Barton, and we expect to be undertaking a major drilling programme here before the end of the year," Rovira said.

"The indications are that we've got the same sort of geology of sediments, intrusive granites and cross-cutting shear zones that are present on the De Grey ground," Rovira said.

"There's been no historical drilling whatsoever at Turner River and we believe there is the potential here on our project for finding more gold mineralisation similar to what De Grey has been discovering."

Azure has acquired 70% of Turner River, with Creasy again free-carried to a decision to mine.

"Both of those gold projects are very prospective and we will undertake intensive exploration programs to evaluate their potential, however our main endeavours remain focused on advancing our outstanding Andover nickel-copper-cobalt sulphide project," Rovira said.

The nickel sector is seeing increased corporate activity as companies look to shore up nickel sulphide supply, given the growing demand from the battery sector as the global energy transition gains pace.

"If another company covets what we've got, then we would talk to them, but our intention is to drive this through to development and production as quickly as we can."

"Both of those organisations want to see us take this project and progress it as quickly as we can through the resource drill-out and development study stages and get it to the stage where a decision to mine can be made," Rovira said. 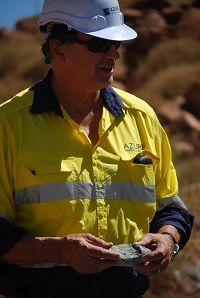 Azure is cashed up to progress its plans.

It had more than A$30 million in the bank mid-year after a well-supported raising priced at 74c late in 2020.

"The company's in a very strong position with great financial resources, a fantastic project and a very, very good team," Rovira said.

"We've built a team that would be considered as good as any other team in Western Australia in terms of their success in discovering nickel sulphide deposits and being part of nickel mine developments.

"We've got a very prospective land position and a great project in Andover that contains the right commodities for the future that investors are really looking for.

"We're having ongoing success, we're cashed up, in a very strong position with very strong supporters behind us as well, so I think that everything you could possibly want in a company can be found in Azure."

Explorer moving towards a resource estimate next year 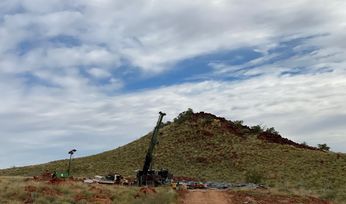 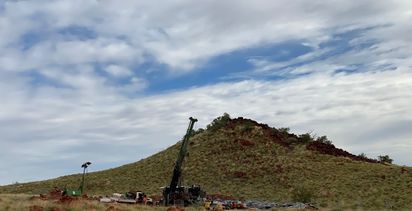 With two permitted projects—GoviEx is a rarity in uranium