There seems to be no end to the continuing Australian mining boom as gold and nickel futures remain bright. 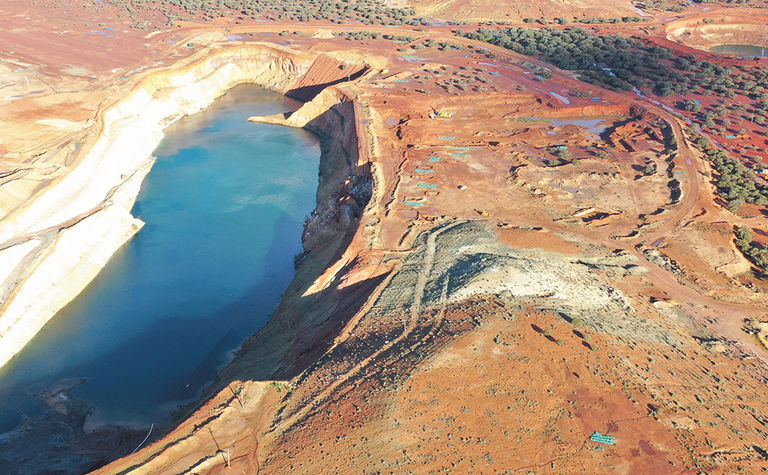 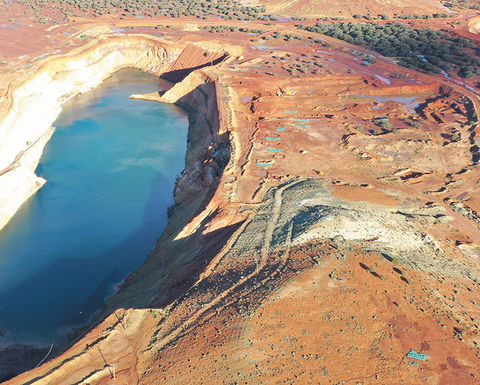 For ASX-listed gold development company Rox Resources Ltd, the future is golden following the news of a recent resource upgrade at its flagship gold project Youanmi, which it co-owns with Venus Metals Corp.

Managing director Alex Passmore said the acquisition of the Youanmi project in 2019 remains a pivotal moment for the company.

"After looking across the country for many other opportunities, this was seen as the right fit for us, the right size, the right capital and so we acquired our interest and we've been busy out there ever since," Passmore said.

"We're in a high gold price environment. There's a lot of competition for resources, both labour and assay labs, drill rigs, and so being able to manage that has been a key issue, but we're managing it quite well."

Rox recently announced a 39% increase in resources at Youanmi to nearly 1.7 million ounces, which includes 800,000oz in near surface resources. In addition, feasibility work has started, with completion in the second half of 2022.

"We have very high-grade deposits and a good-quality resource at Youanmi," Passmore said. "The outlook for Australian gold is strong and we are a low capital risk in terms of starting production at Youanmi."

The Youanmi project is located 480 kilometres northeast of Perth in the Youanmi Greenstone Belt, within the Southern Cross province of the Archaean Yilgarn Craton in Western Australia (WA). Dominated by the north trending Youanmi Fault Zone, which crosses the eastern margin of all project tenements, the area has produced an estimated 667,000 ounces of gold since its discovery in 1901.

Youanmi previously had a mineral resource estimate of 1.19 Moz of gold, with around 500,000m of drilling analysed and confirmed. Rox has completed more than 48,000 metres of drilling since its acquisition of the project to expand the resource and Passmore said the company expects to follow up on significant opportunities in upcoming drilling programme.

"We own an old gold mine that's been idle since 1997, and there's been a lot of changes in geophysics, technology, and metallurgy, so we're using new technology in the mining industry to advance ourselves there," Passmore added.

Rox shareholders recently approved a 15-for-1 share consolidation to reinforce Rox's long-term prospects and ensure success for the company's shareholders.

"We used to have 40-50 per cent daily turnover in our stock that didn't beneficially change hands," Passmore said.

"These people were just turning up each day having a gamble, not parting with any capital and not being very good shareholders, so that consolidation will essentially side-line them.

While the company owns a 70% share in the Youanmi gold project, Rox Resources is the sole owner of the Mt Fisher gold project in WA - a gold mineral resource located 500km north of Kalgoorlie, which has seen previous production of 27,000 oz of gold from the mine.  With three parallel structures, exploration continues at the company's tenements.

The prospective success of the Youanmi gold project has led the company to spin out some of its nickel assets to focus on the project's future.

"We discovered a nickel deposit in 2012, but that asset is a bit further away from production and cashflow than the Youanmi gold project," Passmore added.

Rox owns the Fisher East and Collurabbie Nickel Projects, both of which are located in WA. Located next to the Mt Fisher gold project, the Fisher East nickel project covers an area of 658 sq  km inclusive of a 170 sq km option. Since Rox discovered the province in 2012, a number of opened-ended nickel sulphide discoveries have been made at the Camelwood, Cannonball and Musket deposits, with mineralisation open at depth and along strike.

Rox's Collurabbie project lies another 70km east of the nickel and gold projects at Mt Fisher. Hosting the Olympia nickel sulphide deposit, the tenement covers 160sq km and may have the potential for gold mineralisation. Collurabbie has a different style of mineralisation to Fisher East, with significant copper and PGE components.

"We like the outlook for nickel, we think it's great," Passmore said. "But a company of our size, we can only do so much."

With the divestment of the company's nickel deposits, Rox will be able to focus more on the resource growth at Youanmi in the coming years. Passmore said with 80km of stripe in the belt, the company is well placed with its regional exploration programme in addition to the Youanmi programme.

"With 1.7 million ounces in the mine area and growing that, that keeps us pretty busy, but we are also keen to look regionally," Passmore said. "We've got a bright growth path, and we feel we're well set up for growth."

For the company, a key measure of success is resource growth. At $16 per ounce discovery cost since Rox's acquisition of the project, Passmore said the discovery at Youanmi has proven the company's track record.

"They're quality ounces. They're not low-grade, hard to mine ounces, so it's quality resource growth," Passmore said, adding that the company's success can be attributed to the diligent team working with them, and their shareholders. "We do that through having good people and giving capital to good people and then watching them give you a return on the capital."

When it comes to future exploration, Passmore said there are a few key factors, which drive the company's decisions: grade, quality of ounces, acquisition cost, return on capital, safety restrictions, and having synergy with Rox Resources.

"We'd like access to capital later on in a few years' time, at appropriate rates, and we want the equity markets to remain buoyant," Passmore said.

"We prefer a long-term partnership type approach, rather than quick hot money in and out that would take a placement and then bail out. That doesn't help you plan.

"We look for a certain type of investor and aim to build shareholder loyalty. And get them to understand the value that's in Rox and how that value is going to be crystallised".

Maiden JORC resource due next month

Kairos in a sweet spot in the Pilbara