Mandalay Resources has turned a corner. The company has demonstrated consistently over the past year and a half the dramatic operational and financial improvements driven by its anchor high-grade Costerfield mine in Victoria, Australia. 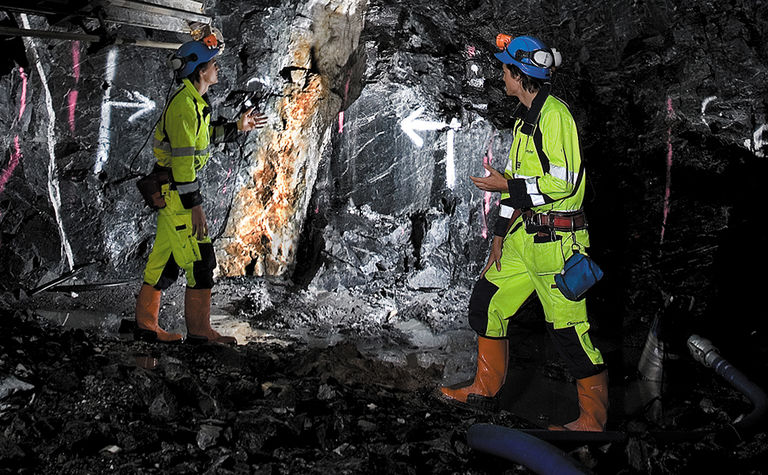 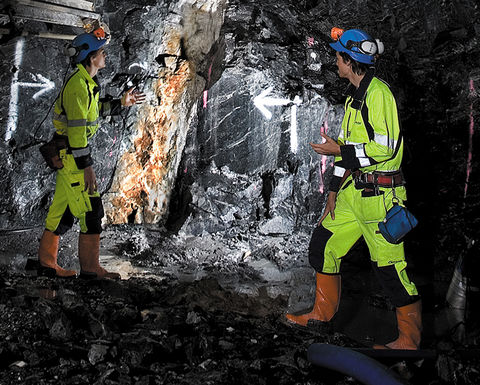 It is located in the same district as Kirkland Lake Gold's prolific Fosterville mine, and like Fosterville, it is blessed with extremely high reserve gold grade at its Youle mine, sitting at about 15.3 grams per tonne gold, as well as 3.3% antimony. Exploration aims to grow the mine's reserves base to the extent that the company may be able to contemplate a process plant expansion in the future.

"We have very similar geology to Fosterville and although Costerfield's is younger, the mineralisation occurred within the same period," said Dominic Duffy, president, CEO and director

"We believe the grade in our veins is higher, but Fosterville's veins are wider and so our grade gets diluted in mining. We have upside potential at depth and high-grades, and we are finding grades even higher than our current production grade in the recently discovered Shepherd zone, which sits below the Youle deposit."

Not too long ago, the company's future was a going concern, however, with the US$42 million support from its top five investors the rescue financing provided the needed time for then newly appointed CEO Dominic Duffy and his team to execute on the planned operational improvements at both assets.

"I became CEO three years ago at a time when the company was focused solely on operations and we cut exploration to a minimum," Duffy told Mining Journal.

Duffy, a mining engineer, worked on the Cerro Bayo turnaround and was then promoted to COO before going on to become president and CEO.

"We obtained the US$42 million financing based on a turnaround story and we have executed that to a T. Now we are in a much more stable financial position where we can invest more in exploration," he said.

Mandalay is making record investments in exploration in 2021 as it seeks to grow beyond being a 100,000 ounce a year gold-equivalent producer. Mandalay has forecast US$7 million for exploration in Australia this year and US$4 million in Sweden; each producing roughly 50,000 ounces a year, as Duffy targets mine life growth and aims to get the company out of the cycle of just replacing depletion.

At Costerfield, the Shepherd zone has returned results such as 6.27m true width grading 23.6g/t.

If the company can achieve growing Costerfield's reserves to about seven years of production within the next three years, it could trigger a $20 million-$25 million investment to upgrade the plant from 450 tonnes per day to 650tpd. To do so requires putting in more exploration drives to build drill platforms at depth as the company targets deeper resources, as it has come to the limit of what it can do with its current platforms.

At Björkdal in Sweden it is also targeting new resources at depth, where it is successfully finding new mineralisation. It is also drilling the extension of a mineralised corridor to the south where Boliden Mining has successfully mined for many years.

"Those structures Boliden mines strike west to east and continue through our property, so we are starting a greenfield exploration project there," said Duffy.

Exploration success at both operations could see the company increasing its output by 20% to around 120,000 AuEq oz/y within two years and setting the stage for future growth towards the 200,000 AuEq oz/y level, where gold producers generate more investor interest.

In addition to increasing its exploration budgets, the company expects to be net debt free by the end of this year and free of debt in 2023, which will further open its horizons to growth.

The company is repaying about $3.8 million a quarter with about $51 million outstanding and a final a bullet payment of $29 million due in early 2023. The completion of a large tailings storage facility lift at Björkdal in early 2022 will also free up cash.

"People see that we have a debt on our balance sheet and we may possibly look to pay that down faster. Once we are net debt free, we have more flexibility to invest in other projects, said Duffy.

"We will be looking to ramp-up our exploration further and taking on more geologists. We will consider other uses of capital too, including reinstating a dividend, which Mandalay was paying up until 2017, although it may be more value adding to look externally for non-organic growth opportunities heading into 2022.

"Unless we have a significant discovery there is only so much we can increase production at the assets, so we will be looking at other options," said Duffy.

Mandalay has a successful history of doing this, including: Costerfield, Björkdal and at Cerro Bayo in Chile, which has been optioned to Equus Mining.

Mandalay Resources is a Canadian-based natural resource company with producing assets in Australia and Sweden, with projects in Chile and Canada under care and maintenance or development statuses.

Mandalay Resources is a Canadian-based natural resource company with producing assets in Australia and Sweden, with projects in Chile and Canada under care and maintenance or development statuses.

Drilling extends emerging Shepherd Zone with up to 657gpt 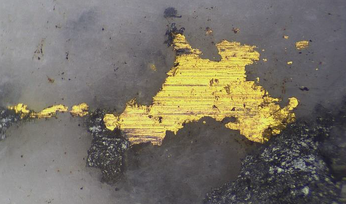 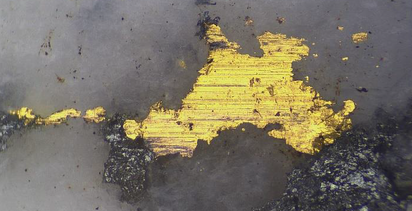