By the end of this year, well-funded explorer Auteco Minerals expects to have further unlocked the upside at its flagship, high-grade Pickle Crow gold project in Ontario and upped its stake to 80%.

The company was on the cusp of upgrading Pickle Crow's existing 1 million ounce resource, grading 11.3g/t, at the time of going to press.

It's a rapid rate of progress for Auteco, which struck the deal just last year to earn into Pickle Crow, one of Canada's highest-grade gold mines which had produced 1.5Moz at 16g/t.

By March, Auteco had earnt 51% and given its current expenditure plans, it expects to achieve the 80% milestone by year-end.

Its 45,000m resource definition and exploration programme ended in June, with the company announcing the significant Carey discovery, regional reconnaissance returning rock chips of up to 145.7g/t gold and high-grade extensions in the Shaft 1 and Shaft 3 areas.

Having started April with more than A$26 million in the bank, Auteco has immediately launched into a further 50,000m drilling programme.

COO Darren Cooke, who joined the company earlier this year from growing gold major Northern Star Resources, said what really struck him was the growth potential of Pickle Crow's system. 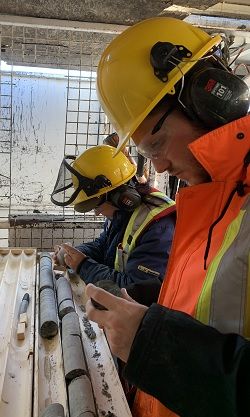 "We hold about 500sq.km of tenure in the district and it's chronically under-explored and absolutely ripe for discoveries," he said.

The high-grade gold district includes Pure Gold Mining's new namesake mine, which has a 2.1Moz resource grading 8.9g/t, and Newmont's Musselwhite mine with a 1.79Moz reserve at 6.25g/t.

"The results that we've had to date have been really encouraging across all parts of the exploration spectrum," Cooke said.

"We had surface ruptures of 145g/t in veins that were sticking out of the ground [at the Springer target] so that just confirms our belief in the long-term prospectivity, it's sort of whet our appetite and we're pretty excited to test some of that."

"That's really exciting for us so we'll be drilling it out to try and find the size of the prize and to see whether we do have potential for any bulk mining," Cooke said.

As for the looming resource upgrade, Cooke said there were strong indications of a substantial increase.

"Every resource extension hole that we drilled has been outside of that 1Moz resource, and we're continuing to find new veins and extensions to those veins in the top 500m, so we're really excited by how that's coming together," he said.

Drilling in the Shaft 3 area, which was set to help underpin the resource update, had recently intersected a previously undiscovered shear vein, returning 4.9m at 7.5g/t.

Other highlights from step-out drilling at Shaft 3 included 3.3m at 8g/t gold and 0.6m at 42.9g/t, both 80m extensions of existing structures.

The new 50,000m drilling programme will also be split between resource expansion and more regional exploration.

"We've got a very good formula at the moment," Cooke said of Auteco's exploration strategy.

"You know we've got hits 15km from this mine on our ground of 1.8m at 66g/t and there's been very little follow up.

"We know that we've got a camp here - it's not just a deposit, and we want to get out there and test some of that camp-scale potential."

Auteco has expanded the drilling programme at Pickle Crow

Cooke is looking forward to getting on site for the first time later this year.

He hoped to get his boots on the ground after the Diggers and Dealers mining forum in August, having received both permission to leave Australia and his COVID-19 vaccination.

He said Ontario had experienced strict lockdowns but Auteco's drilling team had been able to operate in "an AFL-style bubble" and continue almost business as usual.

Aside from Pickle Crow's prospectivity, Auteco has several advantages in the form of existing infrastructure - including a new mill which was never commissioned.

The company is in discussions with engineering firms to assess Pickle Crow's processing and mining infrastructure.

Cooke said two of the three shafts went more than 900m deep and Auteco was looking to gain a better understanding of their condition and cost of rehabilitation.

It was also seeking the cost to restart the small 80,000 tonne per annum plant, which was never switched on, or the optionality of upscaling it.

"We're still an exploration play so to have a 1Moz resource in the back pocket and this infrastructure, while it may not be the perfect infrastructure long-term, it gives us a big headstart," he said.

He said the company was also looking to gain permitting for advanced exploration, which would allow dewatering and bulk sampling, and was continuing to build relationships with First Nations groups.

Auteco's key management team was behind ASX-listed exploration success story Bellevue Gold, which took an overlooked asset in Western Australia to a 2.3Moz resource at 9.9g/t gold and is advancing to gold production. 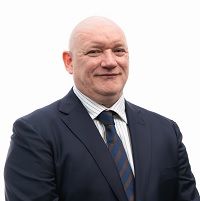 Cooke sees the resource update as Auteco's catalyst for a share price rerate but also pointed to other "game changers" on the cards.

The first was the potential to establish an openpit resource, with shallow mineralisation evident at Carey and noted in historical drillhole results.

"I think that will also move the dial, because obviously it changes the economics of the project," he said.

"And the other thing that I'm really keen on is I truly believe in the regional exploration potential.

"If we can discover something on these shear zones that extend well away from the current mine area, that will be an absolute game changer for us."

Drilling has added 71,000 ounces per month since September 2020 resource 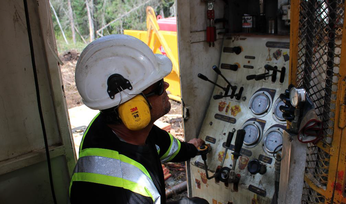 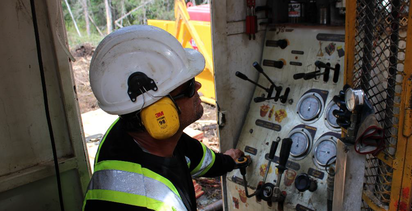