A glance at Antipa Minerals’ outstanding assets in Western Australia’s exploration and development hotspot, the Paterson Province, shows the company is something out of the ordinary. 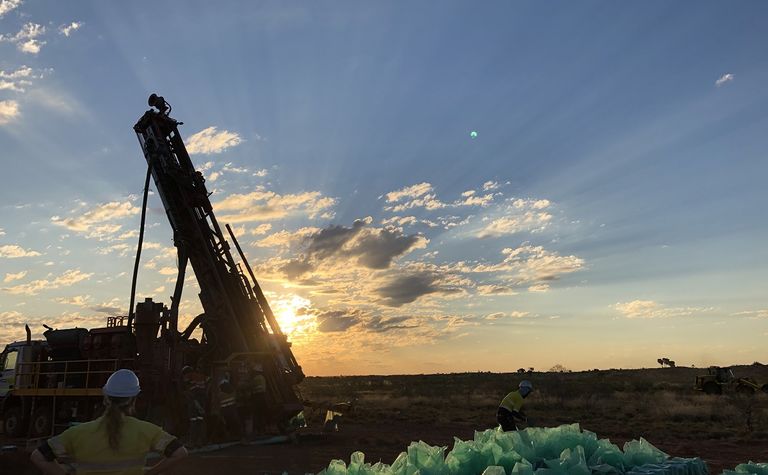 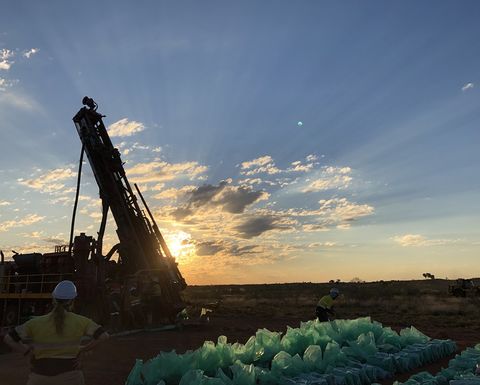 Its Citadel joint venture with Rio Tinto has likely synergies with the major's nearby Winu copper-gold-silver development, it has deep-pocketed partners in Newcrest Mining and IGO at two separate JVs and its 100%-owned Minyari Dome Project is showing "Havieron-style" promise.

Investors are taking note, with Antipa's recent A$25 million raising to fund exploration at both advanced projects more than two times oversubscribed and backed by both Newcrest and IGO.

Antipa did not arrive at this position by accident, Power is quick to point out.

The company deliberately sought out the ground about 10 years ago, well before the Greatland Gold/Newcrest JV and Rio shone a spotlight on the province with their Havieron and Winu discoveries, respectively.

"We looked at the Paterson Province and there was Newcrest's world-class Telfer mine with 32 million ounces of gold and a million tonnes of copper and basically the only thing in town," Power said.

"We wanted exposure to high-leverage exploration success, we wanted under-explored, and we wanted it in Australia, which was a very difficult set of boxes to tick. "But we managed to do it and then we set about picking up what was some very unfashionable ground at the time.

"We put together well over 5,000sq.km of the best ground in the province, that should be said, because it's only got about 50 to 80m of cover compared with 430m at Havieron."

Antipa made a greenfields discovery in 2012 at its Citadel Project, which Power describes as the company's most exciting project, specifically its Calibre gold-copper-silver resource.

It then struck its first major deal in the Paterson Province with Rio Tinto, which signed a A$60 million farm-in for up to 75% of Citadel in 2015.

By March 31 this year, Rio had funded more than $25 million on exploration at Citadel, taking its stake to 65%.

Subsequently Antipa last month opted to contribute to maintain its 35% interest at Citadel.

"We've got the best ground in a hot province, it was a pretty easy decision," Power said.

Antipa has just announced a resource update of 2.1 million ounces of gold and 103,700 tonnes of copper at 0.72 g/t gold and 0.11% copper for Calibre, which is 45km from Rio's Winu development project.

The large-scale system at Calibre has a strike length of more than 1.6km, up to 480m thick, extends beyond 550m below surface and remains open in several directions.

Recent greenfield drilling results on Citadel include 50m at 0.33g/t gold and 0.19% copper from 54m at the Rimfire target.

Antipa and Rio have just agreed to significantly expand this year's exploration programme at Citadel from $13.8 million to $24.5 million, targeting potential development opportunities and greenfields discoveries.

If you ask Power why Winu's been pushed back, he believes it's due to the potential held at Citadel.

"It's excellent satellite pit potential for Winu because it has higher grade," Power said.

"We think it's a very near-term production opportunity."

Honing in on Havieron-style potential

Recent drilling results were described as analogous to Havieron's gold-copper deposit with mineralisation hosted by the same rocks.

Critically, only five drill holes at Minyari have gone deeper than 430m, the depth to the top of the Havieron deposit, with four of these five holes intersecting significant high‐grade gold‐copper‐silver breccia mineralisation ‐ suggesting that both the volume and grade of mineralisation may be increasing with depth, Power noted.

A 21,000m drilling programme is now underway at Minyari Dome and a mining study is investigating the openpit and underground potential at Minyari-WACA.

Power is confident Antipa could take the project into production thanks to the company's in-house experience.

"We've got the commercial expertise to go ahead and get the debt and equity," he said.

"We've got the technical expertise to actually put it all together.

At Havieron itself, the Newcrest/Greatland Gold JV, the underground decline began this week.

The project has an inferred 52 million tonne resource grading 2g/t gold and 0.3% copper for 3.4 million ounces and 160,000t respectively, with the aim to feed Newcrest's nearby Telfer mill.

London-listed Greatland Gold's shares have surged 10-fold in the past 18 months following the discovery, from about 2p to 20p.

"I can't think of any other companies that are capitalised at our market cap of about $130 million when you have exposure to these sorts of quality assets," he said.

Newcrest is Antipa's largest shareholder and took part in the recent raising to maintain its 9.9% stake, while IGO likewise maintained its 4.9% shareholding.

Both Newcrest and IGO are fully funding exploration at their JVs with Antipa.

Newcrest agreed a $60 million deal for up to 75% of the Wilki Project in 2020, a few months before IGO entered a $30 million farm-in for the Paterson Project, 8km from Winu.

At Wilki, Chicken Ranch area and Tim's Dome contain a combined 103,500oz gold resource within 15km of Telfer, with mineralisation starting within 10m of surface.

More Newcrest-funded drilling is set to begin this month at Wilki.

Meanwhile IGO remains keen on the prospects at Paterson, despite the nickel miner's recent shift to invest in Tianqi Lithium and sell its 30% stake in the Tropicana gold mine in WA for $903 million.

IGO has built up its portfolio in the Paterson Province, saying its tenure was now a belt-scale opportunity to find and develop Tier-1 sediment-hosted copper-cobalt and intrusion-related copper-gold deposits.

In terms of IGO's success in securing Tropicana and holding onto its 30% stake through its discovery to commercial production, Power sees a potential mirror image opportunity for Antipa with its 35% stake at Citadel.

"We think that Antipa can provide shareholders with a really, really significant opportunity," he said.

"This is not an ordinary exploration company.

"By design it's now in a position where it could be easily two to three times the share price, and that's without the potential through the drill bit.

"Look at what we've got, and where we're going to go - and that puts us on a completely different level to our peers." 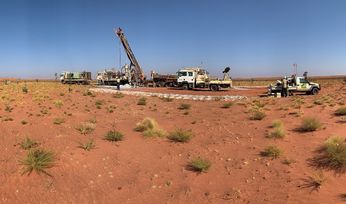 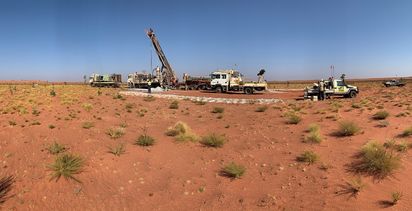