CUSTONDIANS of Western Australia’s best gold find and junior corporate development story of recent times, Gruyere and its owner Gold Road Resources, have cast their attention to the other side of the world in search of a worthy encore. Ian Murray has a smile he often wore five or so years ago when Gold Road’s journey to $1 billion-plus market value was in its early stages. 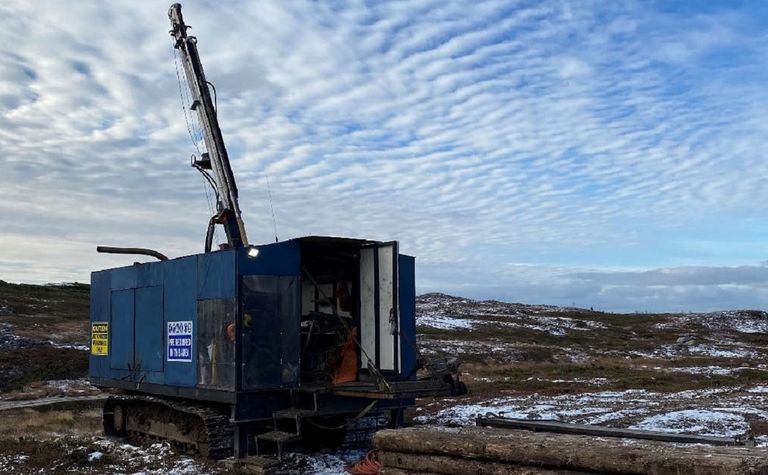 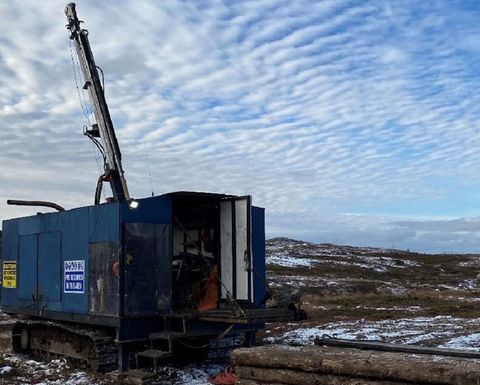 On the ground at Angus, part of Matador Mining's Cape Range gold project in Newfoundland, Canada

He's assembled a board that includes former Gruyere exploration lynchpin, Justin Osborne, well-known Canadian geologist and company director Nicole Adshead-Bell, and ex-OceanaGold chief Mick Wilkes. "For the market cap that we are we've probably got the highest-credentialled board out there," says Murray.

"We've also brought in a very experienced exploration manager, Warren Potma, who's looked at all the historic data; the drilling, the aeromag, geochem and rock chip sampling, and he's come up with 33 new targets, across 120km of strike, that we will start testing from 2021 onwards.

"What attracted me to this company was you've got a company with this massive landholding in Newfoundland, which is attracting a lot of interest from explorers in Canada, with 120 strike kilometres of tenement sewn up, already with 840,000oz [indicated/inferred resources] … Our resource is within 15 strike kilometres, and that's where most of the historic drilling has occurred, and outside of those 15km, the remaining 105km has only ever had 20 historic drill holes.

"Ninety per cent of that 120km strike length has some form of transported cover. The previous explorers only explored where the mineralisation outcrops. So less than 10% of our area has been explored, and within that 10% we've got the 840,000oz.

"Imagine in Western Australia's Yilgarn block if you had 105 strike kilometres where you've got 4Moz at the north, 840,000oz at the south, and this gap in the middle with only 20 historic drill holes.

"To me this a fantastic exploration and development play that's just totally undervalued by the market." 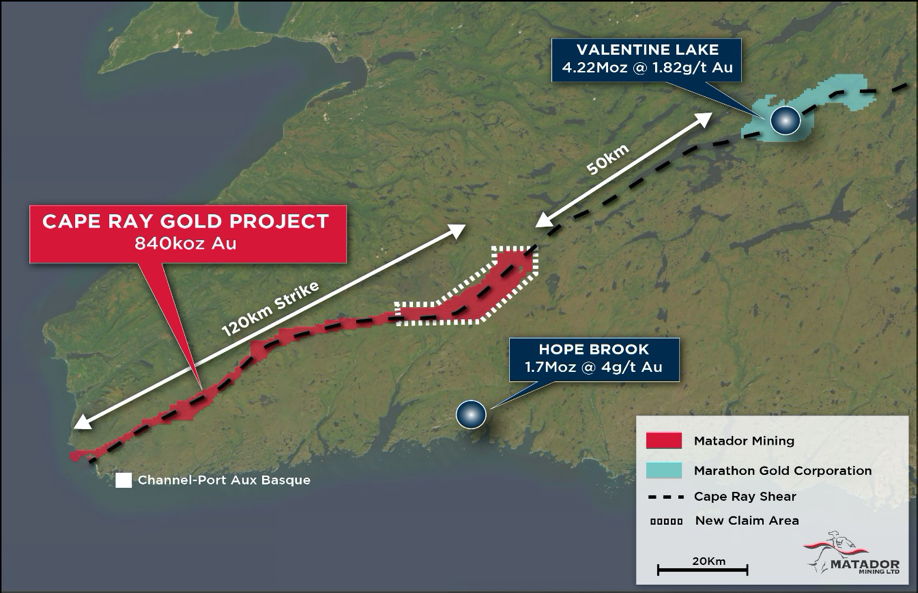 Matador's current circa-A$61 million market cap reflects a tripling of its share price over the past 12 months.

Marathon Gold is worth north of C$670 million. New Found Gold Corp, which IPO'd last August and has a 200,000m drill program advancing at its high-grade Queensway find west of Gander, has climbed above C$500 million market cap without a resource.

Murray says Matador is ready, with its settled management team and A$8 million in the bank, to take a methodical and disciplined approach to unlocking value at Cape Ray, where he says there is potential for game-changing greenfields discoveries and brownfields extensions to the cluster of known shear-hosted gold deposits that have already underpinned a positive scoping study on a significant gold project. 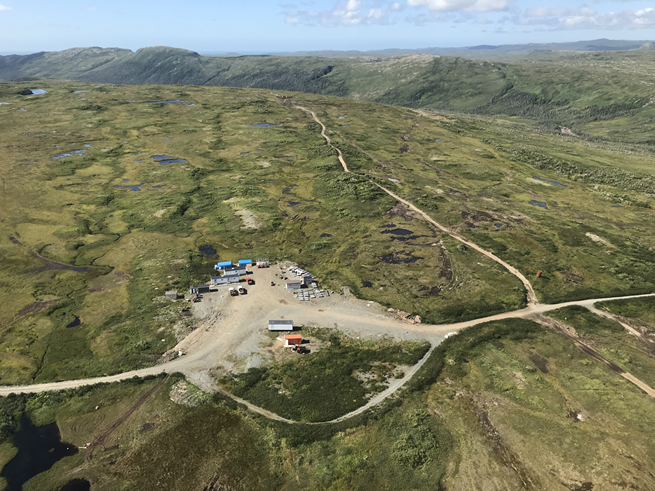 "We were constrained with COVID. I joined the board in May and we then got the other non-exec directors on board from July onwards. Warren Potma only joined us in August.

"In 2021 we know about COVID, we've got a good exploration team, including [consulting geologist] Charles Gillman on the ground in Newfoundland, and drillers who've worked for us in the last few years on the island. So we can kick off this season earlier. There's been a milder winter in the area as well.

"In 2021 we want to do a bigger drill program than last year. We've got the targets - 33 new targets that have never been tested; 12 of those are the high-priority ones to be tested initially.

"The [transported ground] cover is only between 0.5m and 5m thick; when we talk cover in WA it's 50m, 100m or 200m. And here we're talking about 5m of cover that prevented people previously from exploring.

"In 2021 we will be flying close-spaced aeromag to peer through the cover. We're also going to be using auger rigs to drill down through the transported cover and get samples from the top of the fresh rock and do multi-element analysis. Then we bring the diamond drilling in where we see the potential. So for the first time in 2021 we'll be doing proper exploration on this highly prospective belt.

"It will be a big program: 40m spaced lines compared with the current aeromag that's 200m spaced lines. Last year in small areas we did ground mag that was 40m apart. That led to the Angus discovery, the first new discovery on the belt for more than 20 years. 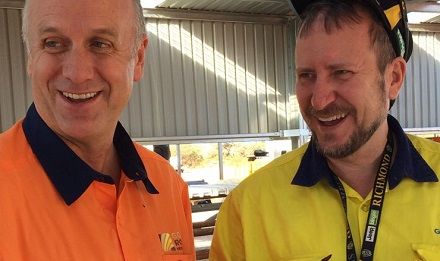 "So the system works. We just want to access the data a lot quicker, and therefore use aeromag to get the data in a matter of days rather than months. Once that's done, as we prioritise targets from the mag data, we will roll out the auger drilling program.

"We expect to be on the ground from probably April-May, all the way through to November. We then have the option, with enough planning, to do winter drilling, which most of the majors are doing."

Strong returns in the study were driven by higher grade mineralsation starting at surface that would see an average head grade during the first four years of production of 2.6g/t. Murray says, that would rank it as one of the world's top-10 highest grade openpit projects today.

The high-grade nature of the project has again been recently highlighted with impressive drilling results at Isle aux Morts, with assays including 18m at 10.96gpt from 7m, and 19m of 4.6gpt.

Matador's 2020 surveying and drilling revealed Angus, near Window Glass Hill, with five of the first eight holes at Angus intersecting multiple intervals of gold mineralisation including hits such as 20m of 2.38gpt from 82m depth (including 9m at 4.99gpt), and 7m of 2.02gpt from 19m depth. Murray says Angus' style of mineralisation is different to Window Glass Hill, which is different to Central.

"Any deep-seated shear zone will give you different host systems," he says.

"At Angus we've got very wide zones of moderate gold - 2.5gpt down to 0.5gpt - and a few kilometres to the north at Window Glass Hill we've got a narrow, very high-grade system.

"They're on the same shear zone, a few kilometres apart, but different.

"Angus is now 450m east-to-west, and 300m north-to-south. The next step for the geologists is to take all the diamond drill data and try to understand the structural controls in that area. We haven't defined it from a size perspective. It's open in all directions and at depth.

"We need to do is try to understand the structural controls and where the higher grade systems are likely to be.

"So that will be a focus for 2021 at Angus. And we've got some further drilling to do to move it to a maiden resource.

"But it just shows what is potentially under our noses there.

"Our brownfields exploration at Window Glass Hill and Isle aux Morts will continue to focus on expanding the known resources to put us on the pathway to confirming we've got a 10-year mine life [potentially at 100,000ozpa].

"Outside of that, can we find half a million or multi-million-oz systems on the belt, with so little exploration having been done before?

"That will be the gamechanger and the company maker for us.

"If we can find through the drill bit significantly more gold mineralisation then this whole belt opens up and we've got another Gold Road on our hands."

Big field season ahead in Newfoundland 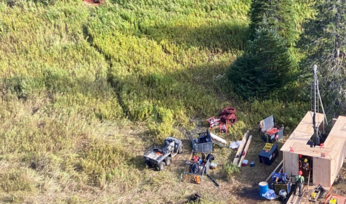 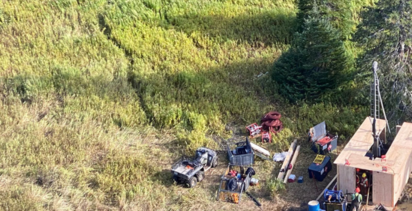