COPPER is flying, assay labs are not. The past few years have produced plenty of ups and downs for standout explorer Hot Chili, but after posting a maiden resource for the world-class Cortadera copper-gold project in Chile and restocking its treasury, the company is ready to launch into rare space in 2021.

"One of our peers in the space, SolGold, has done extremely well and we're trying to emulate their success," says Hot Chili managing director Christian Easterday, speaking on a RESOURCEStocks webcast, ahead of his latest corporate presentation. He's just punched a plus-US$3.70/lb copper price into his slide deck and come up with an in-ground value for Costa Feugo's (including Cortadera) estimated 2.9 million tonnes of copper, 2.7Moz of gold, 9.9Moz of silver and 64,000t of molybdenum that looks something like US$30 billion.

Cortadera's maiden 1.7Mt of copper and 1.9Moz of gold in a JORC 451Mt at 0.46% copper-equivalent makes it one of the two best new copper finds worldwide since Ivanhoe Mines' Kamoa-Kakula back in 2014. A year earlier SolGold and Cascabel in Ecuador emerged. Another common denominator for Hot Chili and SolGold is renowned American geologist Dr Steve Garwin, who is the former's chief exploration consultant.

As MiningNews.net has reported, these are rare major deposits in a depleted global copper project pipeline.

"The first resource estimate they [SolGold, put out] was fantastic," says Easterday.

"But gee, the second one really shot the lights out."

Two years after doing a bold deal to secure Cortadera - viewed as ambitious in some quarters at the time - Hot Chili's success with the drill bit, which has seen its big, mineralised porphyry hits from near-surface on the Cuerpo 1, 2 and 3 deposits, rate consistently among the best drill intercepts in the world in that time, means it's currently looking at a sub-1c/lb acquisition cost for a resource that will get its first serious deep drilling this year.

"It has got to be one of the cheapest acquisitions in the global copper sector of recent times," Easterday says.

"And what's really exciting for us is that 0.9c/lb is set to get dramatically cheaper as we add more resources this year.

"[All up at Costa Fuego] we're sitting at about 3Mt of copper and 3Moz of gold, so our target is really to get [that] over the 5Mt contained copper metal mark and that puts us into the true definition of a tier 1 global copper deposit.

"[At that level] you're moving into the plus-$50 billion in-ground value club and as you know there are very few companies that aren't majors that hold assets like that.

"We're already by far the largest ASX [listed] copper resource, and we're sitting in a league where this part of the copper space is dominated by the North Americans.

"So we require another 2Mt of contained copper metal. We're going to be shooting for that very aggressively, and what's really exciting for us this year is we have not started testing that depth component of Cortadera. This thing is open-ended in a lot of its lateral extents but more importantly, when you have an over-1km vertical ore column that has a high-grade core the size that is evident in Cuerpo 3, we can grow this quite rapidly. 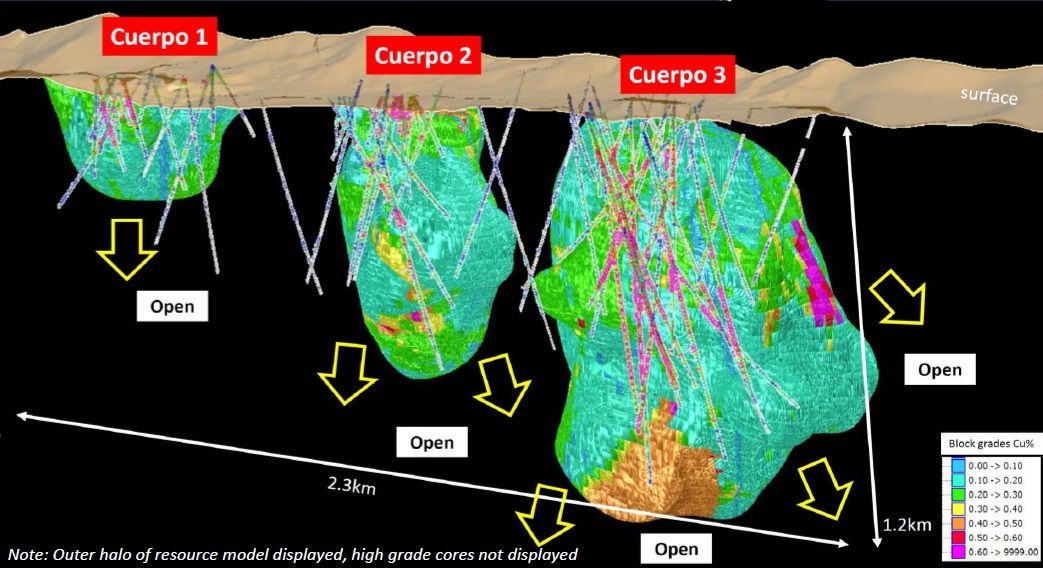 "We have not tested that magical zone at around 1000m that made Alpala and the Cascabel project what it is today. That's really where those fingers of that porphyry turned into a hand and … we've got all the indications that a similar thing may be possible at Cortadera.

"We will be putting a lot of money into six or seven or eight very deep holes underneath Cuerpo 2 and Cuerpo 3, and seeing if this discovery turns into something a lot, lot larger in a very short period of time."

Hot Chili has started a 40,000m drilling program to expand the Cortadera discovery zone, with one diamond rig doing double shifts, an RC rig working around the clock, and a third rig on the way.

"That's really the tip of the spear this year; that's where the majority of our expenditure is going," Easterday says.

"[So] we're looking to deliver at least two deep diamond holes every 4-5 weeks throughout the year, and that's going to be supplemented by some growth drilling, with that RC rig, when it's not drilling deep pre-collars.

"We also have our development studies underway." 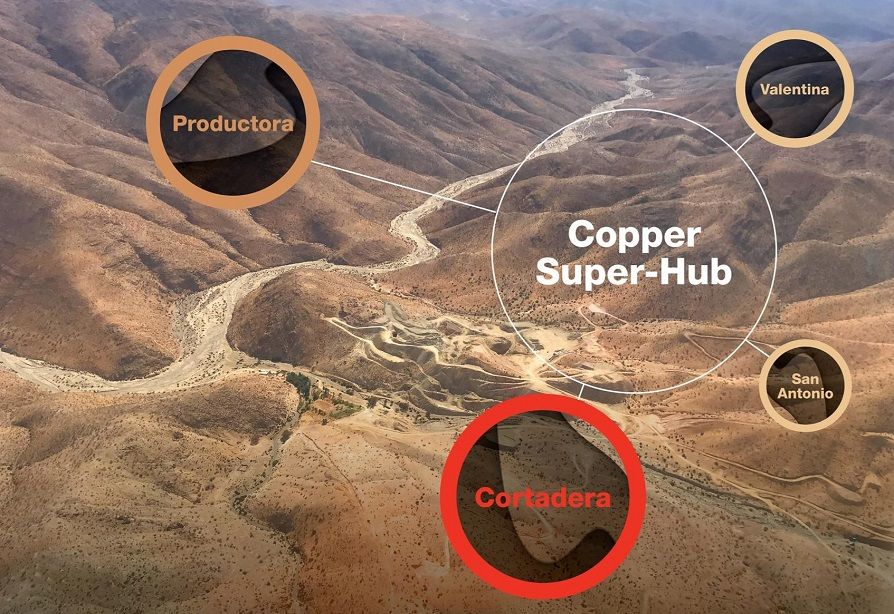 COVID-induced assay laboratory turnaround delays are a bugbear. Hot Chili has a truckload of assays pending, which will only add to this year's news torrent.

Easterday knows it's the least of the world's problems. The bigger picture for him, after 12 years of building a corporate and mine development platform in Chile, is well and truly in view.

"I don't know if in the rest of my career I'll have the opportunity to sit over another tier 1 discovery," he says.

"We've taken on a beast and the only way we succeed in this strategy is to push this over into tier 1 status and be with only 3-4 companies that are holding assets like that globally."

One of them, Rio Tinto, with Winu in Western Australia (maiden 503Mt at 0.45% Cu-eq), will be among the handful of mining heavyweights no doubt casting its gaze at Cortadera, as the majors did ahead of Newcrest Mining and BHP moving into SolGold.

Easterday says industry comparisons of Cortadera and Winu are interesting as the two projects have followed similar discovery timelines.

"We're certainly sitting in a very good pedigree," he says.

"I believe both discoveries have got a long way to go … At this stage the comparison is very similar on a grade basis, as bulk tonnage copper discoveries, but when you look at the detail clearly Cortadera is coming out head and shoulders above Winu.

"We don't have 90m of desert to remove to get to the deposit … [which has] a very dramatic impact on pre-strip capital requirements; all of our deposits go through to surface and have very low strip ratios.

"Our infrastructure advantage that we have in relation to Winu is really night and day in comparison.

"And in addition we believe the combined approach of joining Cortadera and [currently producing] Productora together, and other assets within the Costa Fuego grouping, offers us a significant amount of flexibility in how we stage development of this large project so that we can maximise value and minimise all of the risks associated with that."

On Location with Hot Chili 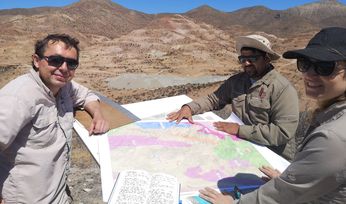 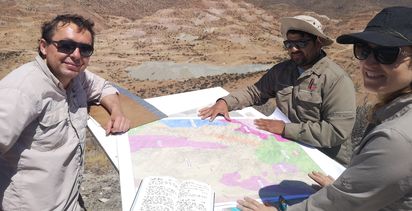