BARDOC Gold managing director Rob Ryan is confident the company, closing in on a production start at its eponymous project north of Kalgoorlie in Western Australia, can build a long-term production hub in an under-explored part of the global tier-one gold producing region.

Due to deliver its definitive feasibility study on a 135,000ozpa, 7-8 year operation that could be pouring gold in the first half of 2022, Bardoc has consolidated 250sq.km of ground only 40km north of Kalgoorlie and has a 3.02 million ounce resource base to help it build out start-up reserves of 790,000oz.

Ryan, who previously ran the nearby Paddington operation for Norton Goldfields and has worked around Kalgoorlie for the past 20 years, says Bardoc has the makings of a very significant gold camp.

"There is a lot of exploration upside at Bardoc already evident," he says.

"We're one of the few emerging producers in WA with gold reserves above half a million ounces. We have recently added long-term investors who have bought into a company developing a project with a seven-year processing life ahead of it.

"If we can convert one or more of these 100,000oz deposits into 500,000oz or possibly even 1Moz-style deposits then the small upgrades you can do to a mill for very low capex can increase your throughput and production profile materially.

"Paddington was built on a 500,000tpa plant back in the mid-1980s. When I left Paddington in 2019 I think they were producing 3.9-4Mtpa, so you can change things significantly over the course of time through successful exploration. There's a lot of opportunities in our tenements, and then if we start looking to the north … Bardoc is in a very strategic location, right next to the Goldfields Highway, which is the main artery into the northern goldfields and there is a 200km stretch there where there isn't an operating gold plant.

"So if you start looking in a highly prospective area between Menzies and all the way up to Leonora, there is a lot of opportunity for further consolidation in the region and we've shown that we can do it in the past with the merger between Excelsior Gold and Aphrodite Gold."

Bardoc is among only a handful of new plus-100,000ozpa Australian gold projects set to make the transition from explorer to producer over the next two years.

Bardoc's PFS proposed a two-stage ore processing strategy, starting with conventional CIL processing with crusher and mills for free milling ore then adding a flotation and thickener circuit to treat Aphrodite refractory ore in year three. The company is moving to finalise concentrate offtake contracts by the end of 2020.

Previous mining and processing of Excelsior and Zoroastrian ore, making up about one-third of the initial LOM feed, achieved plus-90% average recoveries.

Bardoc's production of a gold concentrate is seen as an important operational de-risking step that also reduces capital and operating costs. Gold concentrate recoveries of 92% have been achieved by flotation.

"We've gone out with a request for pricing to about 25 different groups. There is significant interest in the gold concentrate space," says Ryan.

"We've seen Wiluna Mining enter into concentrate offtake deals with [Russia's] Polymetal and [trading house] Trafigura; MRI Trading is taking gold-copper concentrate from Deflector; Diversified Minerals is selling concentrate from the Dargues mine in New South Wales, as is Evolution from Mount Carlton in Queensland and Mandalay from Costerfield in Victoria.

"It's not a new industry. There are a lot of people in the Australian and North American trading communities trying to get hold of quality gold concentrates, and we are seeing strong demand from smelters across China, Japan, Korea and India for high-quality concentrates."

Bardoc completed a transformational capital raising in July 2020, strongly supported by a number of leading Australian and international institutional and strategic investors, that increased its cash reserves to more than $35 million.

The company has a current market value around A$133 million.

Ryan says about one-third of Bardoc's global resources were considered in the PFS.

Extension and infill drilling on existing LOM deposits continues to highlight resource and reserve growth potential and a new resource statement has just expanded the global mineral resource to 3.03Moz and added 171,000oz to measured and indicated resources (now 1.95Moz, or 64% of global ounces).

"The company's two 100%-owned major gold systems at Zoroastrian-Excelsior and Aphrodite, at more than 1Moz and plus-1.6Moz, respectively, have understandably been the main focus for exploration and resource growth at the project in recent years," Ryan says.

"While these deposits are well drilled and well-understood, there has been very little greenfields exploration work beyond the boundaries of our current 3Moz resource inventory in recent decades - despite the prime location of our tenements in one of the world's most endowed gold districts.

"With the resource definition drilling now complete for the upcoming definitive feasibility study, the geology team will focus their efforts on new discoveries outside of the current mine plan in parallel with ongoing work to complete and deliver the DFS by the March Quarter of 2021.

"New discoveries will form part of our longer term growth pipeline at the Bardoc gold project beyond what we define in the DFS, unless of course we are fortunate enough to make a game-changing discovery that changes the entire shape of the company and our development profile - which will be a very nice problem to have!"

Emerging gold miner has 3Moz resource base in under-explored belt 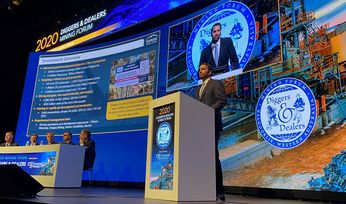 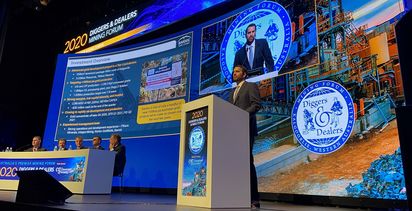