SUCCESSFUL exploration has given well-funded Yandal Resources two development options and a third could be just around the corner for a company focused on releasing value from large strategic ground positions in two of Western Australia’s hottest goldfields addresses.

With an intriguing gold discovery north of Kalgoorlie and two projects between Leinster and Wiluna advancing in a region with multiple production hubs hungry for quality resources, Yandal has exciting options in front of it and that suits founding managing director, Lorry Hughes, who's had plenty of experience building junior mining companies.

"It's a great time to be a gold explorer in WA and Yandal continues to be very busy on the ground, so the strong results we've been reporting are expected to continue," says Hughes, a 25-year industry veteran who previously ran South Boulder Mines when it found and outlined one of the world's biggest potash deposits in Africa, and was involved in recent gold exploration and development success at Intermin Resources and Metaliko Resources.

"The company has high-quality gold projects advancing toward production, and we are actively exploring in districts with known potential for tier one gold discoveries. So we have that two-pronged strategic focus: building JORC resources and developing mines while defining and drill-testing the best greenfields targets on our ground."

Yandal, which has Northern Star Resources as a 15% shareholder, had about A$6 million in the bank at the end of August.

The company is nearing completion of a JORC resource update for Flushing Meadows, east of the big Wiluna mining and processing hub and in between Northern Star's Jundee and Bronzewing operations, which has an indicated and inferred resource of 191,000oz on it and has been the subject of ongoing feasibility work to assess surface mining and toll milling options while drilling has continued to produce significant new oxide mineralisation intersections.

An updated mineral resource estimate is due in October.

"We have spent a lot of time and money drilling out the Flushing Meadows deposit to a high level," Hughes says.

"The updated MRE will be a robust basis from which to complete pit optimisation and mine design studies and seek statutory approvals for an oxide openpit mine."

New metallurgical work will determine processing parameters with different gold price scenarios, however, a separate heap leach and CIL processing technical investigation will be run in parallel "to be sure we aren't missing an opportunity".

"If the heap leach test work is positive then we have an option to build our own standalone mining and processing project instead of mining and toll milling," Hughes says.

"The potential of this is huge because if the technical aspects stack up it would allow us to potentially operate with a lower cut-off grade therefore increasing the proportion of the MRE that we can mine economically. 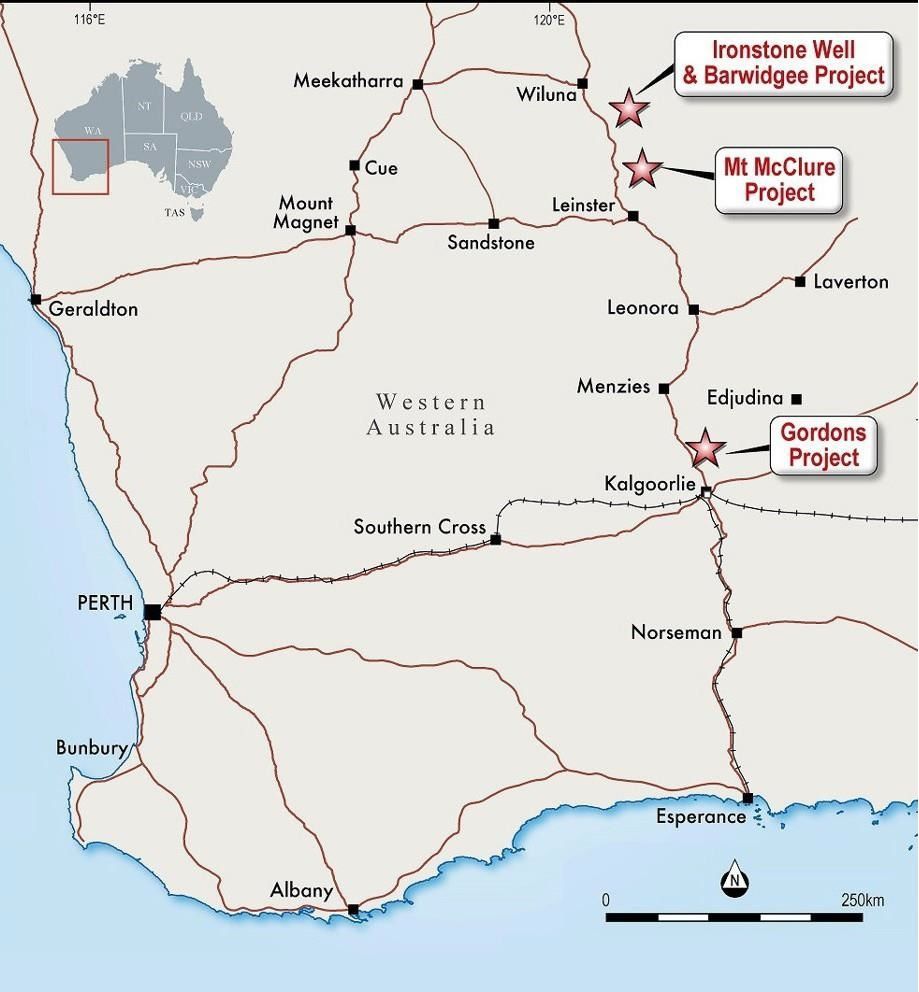 "If this works suddenly satellite deposits with similar geology become very important economically. The trade-off is saving money on ore haulage and milling at third-party mills versus lower gold recovery than conventional milling but from a larger ore reserve."

South of Flushing Meadows, Yandal is kicking off a 3,000m RC drilling program at the historically significant Mt McClure project, near Northern Star's Bronzewing mill, where the company has been forensically examining a wealth of old drilling data to guide and speed its progress.

Three shallow pits mined to about 80m in the 1990s and 2000s to produce more than 100,000oz have extensive mineralisation open at depth at the base of the pits while previous drilling points to the potential for an extensive gold system along a  10km strike length. Hughes says clear follow-up targets include high-grade drill intercepts such as 5m grading 16gpt below the Success pit, and 1m at 103gpt in the Challenger pit hanging wall lode.

He says Mt McClure has been "a real sleeper" for Yandal while it's been busy at Flushing Meadows and Gordons Dam, north of Kalgoorlie.

"We have been busy in the background, though," Hughes says.

"We recently had three mining leases granted over the Success, Parmelia and Challenger historic openpits.

"We have conducted a detailed review of the extensive database at Mt McClure and there is an enormous number of mineralised drill intervals beneath the pits."

If its activities between Wiluna and Leinster in the north Eastern Goldfields are not enough to garner increased attention for the circa-$20 million market-cap junior, Yandal's steady stream of high-grade RC drill intercepts from Gordons and upcoming maiden resource should draw a spotlight over the coming weeks.

The resource will encompass near-surface paleochannel oxide and limited bedrock drilling over about 300m of a so-far interpreted 700m-long section of primary mineralisation.

Hughes says the initial resource will remain open in all directions at what is a new discovery within about 30km of the major Kanowna Belle and Paddington mills and on a primary mineralised structure showing alteration styles similar to the world-class Kanowna Belle deposit of Northern Star.

Yandal has just completed a 5,500m follow-up RC drill program to increase confidence in the resource area and produce further targets, and is about a quarter of the way through a new 10,000m extensional aircore program focused on shallow palaeochannel mineralisation and continuations of the primary structure to the southeast of the current mineralised footprint.

The company has already started mine permitting activities.

Hughes says an intriguing geological picture is starting to take shape in an under-explored area on the doorstep of Kalgoorlie and surrounding internationally recognised gold deposits.

"Historically [in the 1980s] the only drilling in the immediate area was shallow RAB which picked up some low-level mineralisation which was not followed up," he says.

"Soil sampling later in the 2000s also showed up a low-level anomaly trending the same strike direction as the known primary mineralisation as we interpret it currently. Essentially the gold price back in the day meant the companies that had the project had better, more obvious targets to follow up such as Kanowna Belle and Mulgarrie, which are both along strike from Gordons Dam.

"The resource will include all close spaced drilling in the palaeochannel plus deeper well-drilled sections for about 250m south-east along strike. It will be a maiden resource and it is expected to grow with further drilling as it is completely open." 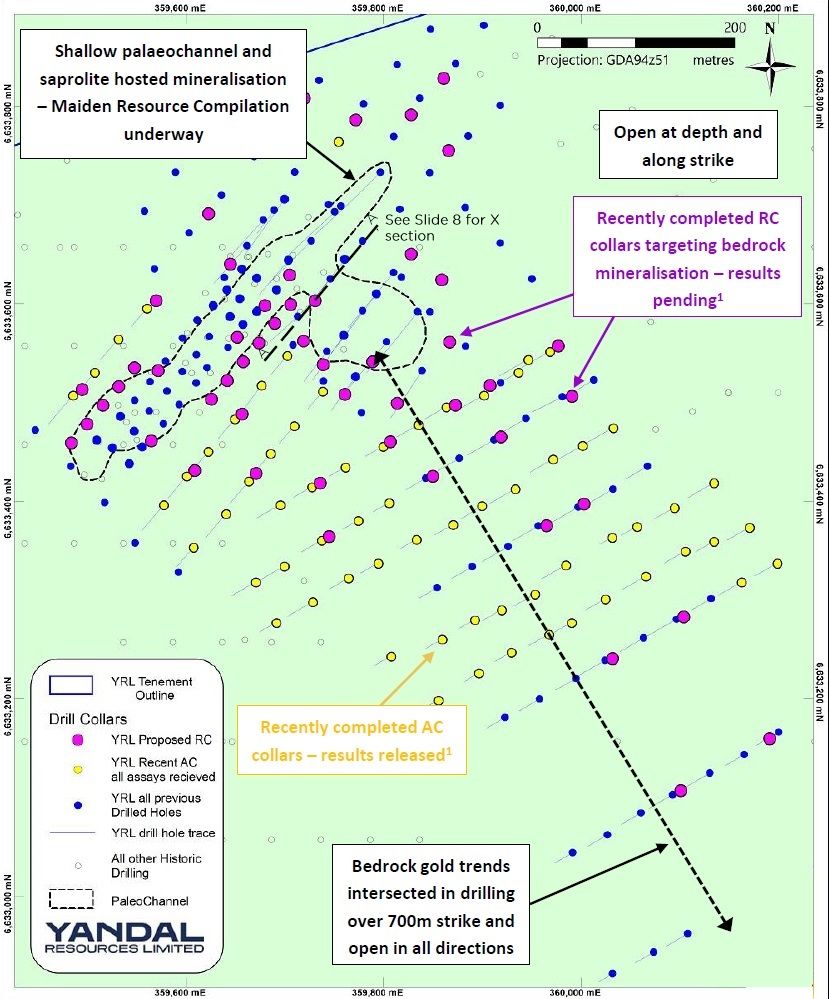 Yandal has drilled the oxide zone at 25m-by-20m spacing, and the 300m of primary mineralisation strike at wider spacing. Only a handful of holes have so far been drilled below 120m depth, picking up intersections such as 1m of 17gpt within 11m of 1.89gpt from 97m depth, and 4m of 9.48gpt from 100m,

"The mineralisation encountered so far at depth is related to a structurally controlled granitic porphyry which is interpreted to have intruded volcanogenic sediments," Hughes says.

"The alteration minerals encountered thus far include silica, carbonate, sericite, hematite and pyrite. Both these aspects have similarities to Kanowna Belle.

"We are looking at completing a number of diamond holes in the next quarter to get a handle on the structural framework of the deposit to aid ongoing exploration."

Investment made at a premium 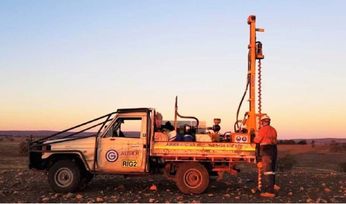 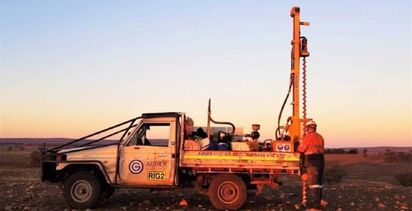