Established Western Australia gold miner Pantoro is firmly on the path to a bigger production profile with a definitive feasibility study due within weeks for the Norseman gold project. 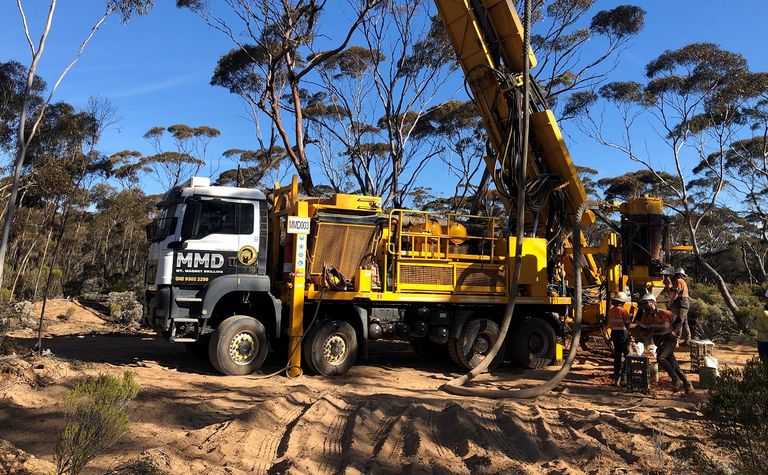 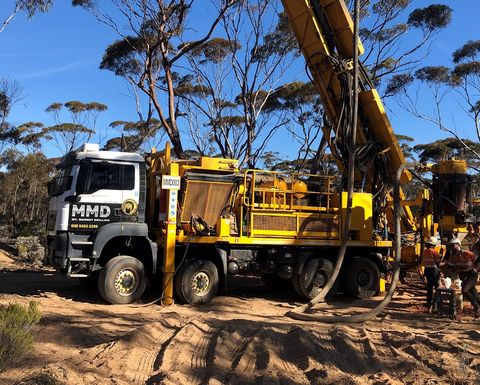 Cashed-up Pantoro acquired 50% of Western Australia's longest running gold operation in July 2019 and a plus-90,000m drilling programme has been putting runs on the board, consolidating and extending existing resources,  making discoveries at Norseman's Scotia mining centre and hitting high-grade mineralisation at its Sailfish prospect on Lake Cowan, which has strong analogues to the nearby Gold Fields' St Ives operations.

"Norseman is the highest-grade goldfield, historically, in Western Australia and there's a whole number of assets, ready for ready for development and subsequent production and we're systematically but rapidly moving towards that production timeframe," managing director Paul Cmrlec explains.

Pantoro has had a long standing objective to establish an initial inventory of about 500,000 ounces to support a restart at Norseman, which historically produced about 6 million ounces and has a current resource of 35.5 million tonnes grading 3.9g/t for 4.4Moz, with the majority situated on granted mining leases.

Investors shouldn't make the mistake of thinking this was all Norseman had to offer, Cmrlec said in a presentation to Denver Gold Group's invitation-only Gold Forum Americas this week, adding Pantoro had a clear strategy to continue with its second phase of drilling to further enhance the project, and those targets are specifically articulated in presentation slides demonstrating that the company has a clear plan.

The company is well-funded to progress Norseman, thanks to its Halls Creek operation in the state's north, which produced 9,600 ounces of gold in the June quarter and generated A$4.8 million in free cash flow.

Pantoro also raised $55.5 million in August through a placement to institutional and sophisticated investors and a very well-supported share purchase plan.

A year on from its 50% acquisition of the Norseman gold project, Cmrlec is not only pleased with the mining-friendly jurisdiction, existing infrastructure, near-term restart potential and fresh discoveries but particularly the further exploration prospects.

"The project has progressed to our expectation with excellent results in all of the mineral resources that we have infilled and extended," he told RESOURCEStocks.

"We have also had some great early exploration success with discovery of the Panda and Green Lantern deposits at Scotia, and very high-grade mineralisation encountered in drilling at Sailfish which lies on the edge of Lake Cowan.

"Lake Cowan has long been recognised as having huge exploration potential due to the very limited work completed over a short time period by Western Mining in the early 1990s.

"There haven't been any systematic exploration campaigns in the area since that time until Pantoro took management of the project."

At the Scotia deposit, which was mined between 1987-1996 at an historical grade of 5.9g/t, Pantoro's drilling has yielded results including 4m at 44.46g/t gold.

"I think Scotia is a fantastic example of the growth that we expect to continue to see at this project, as more and more effort is put into work in these areas," Cmrlec said.

Some 250m to the west of Scotia, Pantoro made the Panda discovery in March with drilling highlights including 5m at 24.84g/t.

Green Lantern was discovered last month on the opposite side of Scotia in an area previously undrilled, with near-surface mineralisation identified and additional drilling underway following results including 21m at 2.36g/t.

With rapid progress underway at Norseman, Cmrlec did not rule out looking to increase the company's 50% stake in the project but he was quick to praise joint venture partner, Central Norseman Gold Consolidated.

"I don't think that there is any doubt that we generate the best project value at Norseman by consolidating the ownership and at the right time under the right conditions we will seek to do that," Cmrlec said.

"In the meantime, we are operating with a great JV partner that brought the project to us last year.

"I am very comfortable with the fact that we can build excellent shareholder value in the project whether we own half of it, all of it, or something in between." 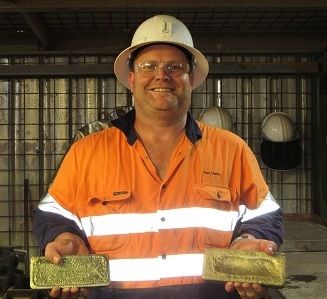 Pantoro MD Paul Cmrlec after developing Nicolsons gold mine in 2015

Pantoro has demonstrated its management expertise at its 100%-owned Halls Creek operation, which has grown to two underground mines, Nicolsons and Wagtail North.

The company built Halls Creek "from the ground up", and despite an initial mine life of 2.5 years when it began in 2015, it's now been operating continuously for five years and has further opportunity on the horizon.

Pantoro has picked up additional ground in the region and its drilling at Mary River has sparked attention, with the third-ever hole drilled in the tenement package returning 31.65m at 1.78g/t gold.

"This has real potential to be a real game changer up in Halls Creek," Cmrlec said.

Meanwhile the company's focus is on the "main game" at Norseman, where Pantoro considers a restart relatively simple thanks to existing infrastructure including a power station, borefield, tailings facilities, haulage roads and more.

The feasibility study contemplates a new 1Mtpa processing plant which is expected to initially be fed by the Scotia and Gladstone mining centres and the OK underground mine which has an historically mined grade of 9.1g/t.

With the WA gold sector heating up thanks to recent discoveries and the rising gold price, Cmrlec acknowledged there was no question maintaining a quality workforce was not easy for any operators within the industry generally.

"Our approach to operations has provided us with pretty good stability in the workforce at Halls Creek and we are confident that we can translate that to our operations at Norseman," he said.

"As markets boom there will inevitably be turnover in staff, and our philosophy is to look after our high quality, loyal workers to ensure that we maintain the workforce that we need will the lowest turnover possible.

"I don't see the market getting any easier in that respect, but it will be manageable."

By year-end, Cmrlec said investors could expect to see the DFS for a restart at Norseman, with a flow onto the next stage of development. 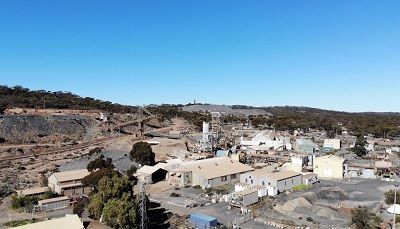 Infrastructure at the Norseman gold project

"While progressing on that front, we have a fantastic opportunity to continue to grow our mining inventory and I think you will see us continue to aggressively drill as we have throughout the past year," he said.

"In addition, our exploration programme is ongoing and as we start to prove up some potential new deposits, we will go hard to get them drilled out as well.

"Green Lantern down at Scotia is a great example of a recent discovery with significant drilling works ongoing to fully test the extent of mineralisation. Hopefully we will see something similar at Sailfish as we expand our drill coverage there."

He also pointed out that the company's debt-free position and unhedged production generating solid cashflow helped set Pantoro apart from a number of other Australian resource companies.

"We're in a great position to continue to take advantage of this gold price environment," Cmrlec said.

Commissioning has seen some delays 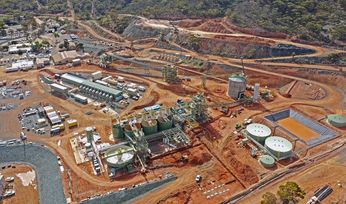 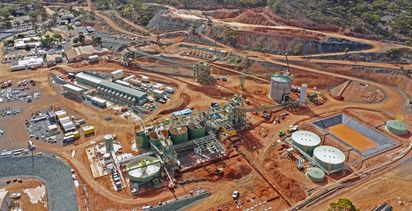