AS cornerstones for new mid-tier gold producers go, this is about as good as it gets. Red 5’s A$226 million King of the Hills project in Western Australia has been confirmed by the company’s final feasibility study as one of the country’s most significant new mines, with annual production of up to 200,000oz and a 16-year life providing an exceptional base for growth in the Leonora-Laverton region. 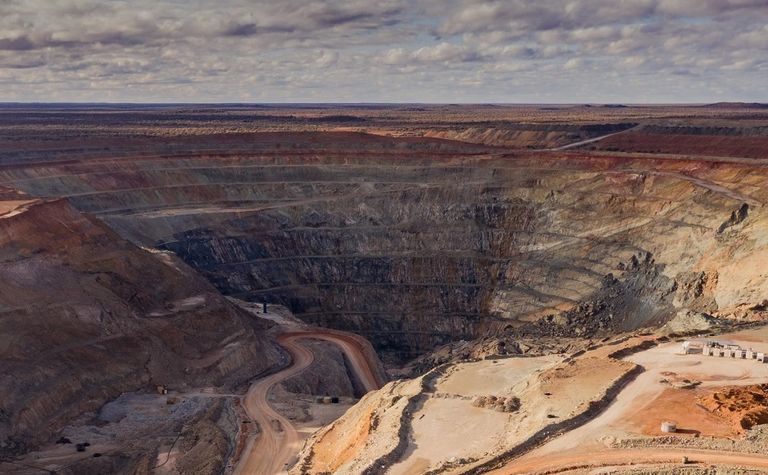 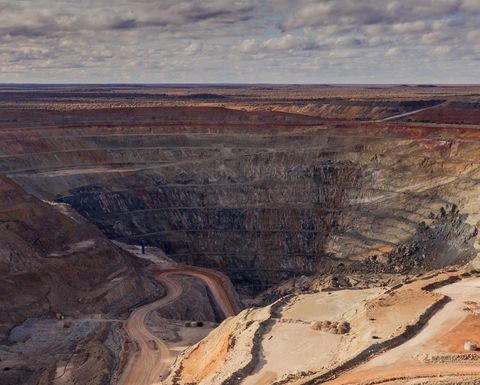 King of the Hills, near Leonora in Western Australia ... set to be producing more than 200,000ozpa in FY24 from a new super pit, and underground, and a new 4Mtpa plant

Red 5's much anticipated FFS follows a period of intensive drilling on the large existing surface and underground mine footprint to produce a 2.4 million ounce reserve (64.6 million tonnes grading 1.15gpt) that makes King of the Hills one of Australia's top-10 gold deposits.

All up, the 16-year life of mine plan outlined in the DFS has King of the Hills producing an average 146,000ozpa at A$1,415/oz AISC, making the Red 5 venture one of the most significant new gold mines to come on line anywhere in the world in the next five years.

With more than A$110 million on hand courtesy of equity raised earlier this year, Red 5 is talking to leading Australian and offshore banks about $165 million of project debt. The FFS points to more than A$1.5 billion of post-tax free cash flows from King of the Hills and a capital payback of only 25 months using a A$2,500/oz gold price (currently circa $2,700/oz).

Red 5 managing director Mark Williams says the planned King of the Hills operation will deliver outstanding financial returns, but "there are opportunities to improve further on the base case outlined in the FFS by optimising mining costs in the contract tendering process, extending the mine life through further underground and surface exploration success".

"The FFS has confirmed the technical and financial viability of a major new 4Mtpa mining and processing operation at King of the Hills, with optionality to expand to 6Mtpa in the future," says Williams.

"We are targeting to be in a position to make a final investment decision over the coming months before moving to full on-site construction by early 2021. That would position us for first gold production by the June quarter 2022. life. With orders placed recently for a 6Mtpa gyratory crusher and a 4Mtpa SAG mill, and a contract awarded for construction of the village accommodation and central facilities, Red 5 is off to a strong start."

"We're well on the way to being, aspirationally, a 250,000+ ozpa gold producer with the mines and options to underpin that for some time"

Williams says development of a long-life circa-150,000ozpa gold mine at King of the Hills will be a "transformational event for Red 5".

"Together with our existing 100,000ozpa Darlot Mining Hub, we will soon have two mining hubs within the heart of the Eastern Goldfields of Western Australia, with an aspirational cumulative production that will quickly reposition Red 5 as one of Australia's next significant mid-tier gold producers," he says. 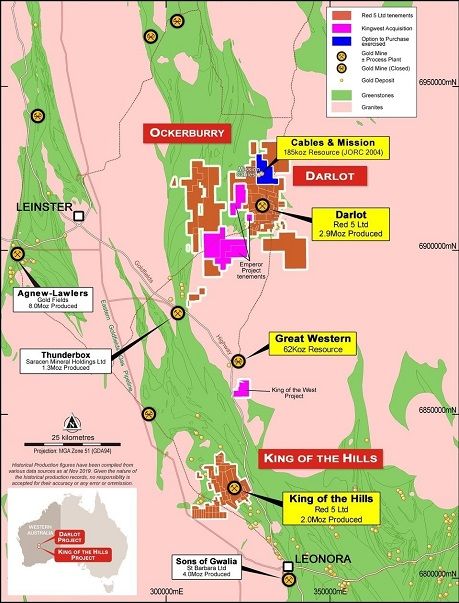 In an updated research note post Red 5's release of its FFS, Canaccord Genuity says the key de-risking event for the project leaves the miner "uniquely placed, being one of the few WA development gold plays with a plus-10-year LOM".

It sees Red 5's awarding of an engineering, procurement, construction (EPC) contract for the King of the Hills plant, and an announcement on the debt financing as key calendar 2020 catalysts for the Red 5 share price.

"The funding requirement of A$165 million is in line with our prior assumption of A$170 million, as higher operating costs and sustaining capex at the beginning on the LOM partly offset the lower construction capital requirement," Canaccord says.

Williams says given the significant outcomes of the FFS, Red 5 is "well placed to move ahead efficiently with site works, finalise permitting, award major tenders and complete the project financing process".

"Tendering for the EPC contract is underway - it's the biggest contract to let during the construction period - and we are investigating opportunities for that to be fix-priced, but that's got to be worked through over the next couple of weeks," he says.

Williams says more than $25 million of contracts and equipment purchases have already been made, which has seen $6 million of cost savings versus the company's King of the Hills prefeasibility study estimates.

"We've started off strongly, which is exactly what we wanted to do, and we will look to continue to do that," he says.

"With our strong cash reserves, we are also now in a position to negotiate and secure a competitive project debt funding facility and, to this end, 12 prospective project lenders are already involved in the debt process.

"With the high production rates in the early years of the mine, the project is well placed to benefit from the favourable gold price environment - with a capital payback period estimated at 25 months for the project's capital requirement of A$226 million.

"It's important to us to be able to generate strong cash flows in the first few years and pay off the project debt quickly."

Meanwhile, Red 5 remains confident that Darlot, which has been operating for 30 years and has produced 3Moz, can be a long-term, profitable contributor to Red 5's growth based on its track record of repeated reserve replenishment and the promise of satellite areas.

Extensive drilling this year in and around Darlot, about 100km north of King of the Hills, is expected to contribute to resource and reserve upgrades in 2021. Williams believes Red 5 can build out Darlot's current three-year underground mine life while further regional exploration success will see properties such as Great Western, Cables & Mission, Ockerburry and others provide feed for the 800,000tpa Darlot mill.

Red 5 chief corporate development officer, Patrick Duffy, says the company rebuilt Darlot's mine reserves from six months to three years and "what we really see now is the opportunity to bring in regional feeds - not too dissimilar to a Carosue Dam [Saracen], which once upon a time was a fairly unloved mine that has been turned into a highly efficient operation".

"That is a similar model to what we would like to do at Darlot.

"The first baby steps include bringing Great Western [62,000oz] into the feed picture, and then other prospects within our holdings, to make it into a regional processing hub and not just focused on the underground at Darlot."

Williams says Red 5, which had a single operating asset in the Philippines when he joined the company, has been able to "weave our way through industry ups and downs through [2014 to 2020], buy two Western Australia gold assets for a combined $34.5 million … and raise equity capital only twice during that time".

"Red 5 is currently a 90,000-100,000ozpa gold producer, and within 18 months we're looking for first production from the standalone mill at King of the Hills.

"I think it's really up to us to demonstrate the value and longevity - so, five-years plus life-of-mine, aspirationally - at Darlot. The market is also looking for us to drive our all-in sustaining costs down. We have a transitional year this year whereas we see that we'll be able to do better to generate lower AISC from the next fiscal year, and we see that that can create value.

"We've got a 16-year mine life and one of the largest endowed gold mines in Australia at King of the Hills and we haven't stopped spending on exploration there. We see significant potential to extend resources and reserves at depth and along strike.

"So we're well on the way to being, aspirationally, a 250,000+ ozpa gold producer with the mines and options to underpin that for some time." 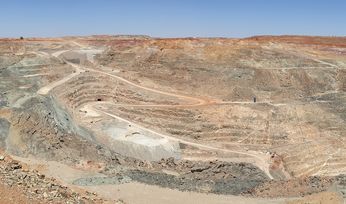 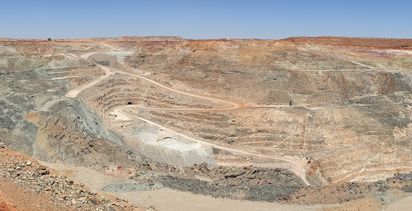