IronRidge Resources is an AIM-listed junior exploration company that thinks like a major. The Australia-based firm is focused on building a diversified portfolio of mineral assets with large scale tenure positions in African frontier jurisdictions, and to a lesser extent in Australia. “We adhere to this strategy to immunise ourselves against a one project, one company strategy, which is not conducive to multiple wealth accretive discoveries,” says IronRidge CEO Vincent Mascolo. 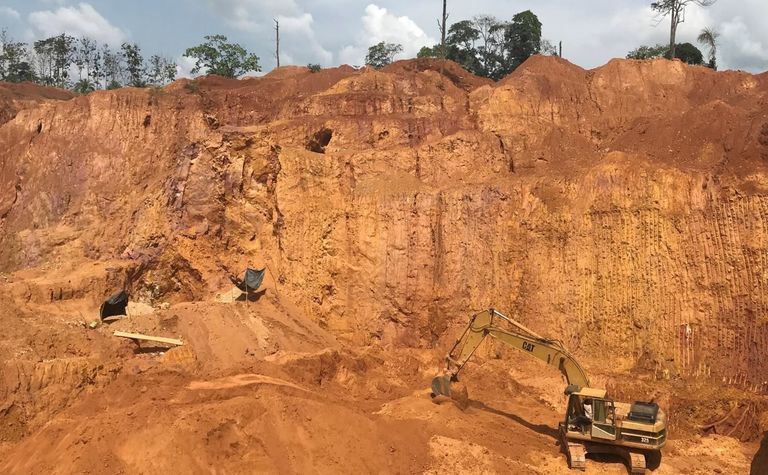 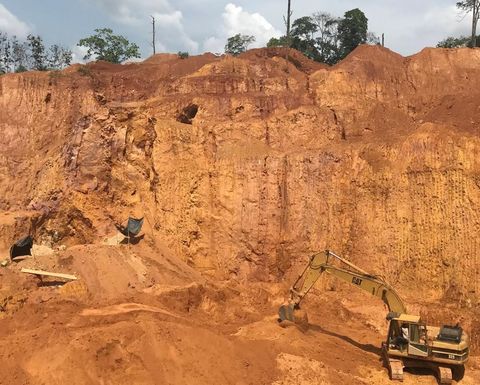 "Our strategy to concurrently diversify commodities and jurisdictions means that we always have something moving along; advancing projects, adding value and delivering positive news flow is paramount."

Over the past three years, IronRidge has methodically built its tenure portfolios in three African jurisdictions: Ghana, Cote d'Ivoire and Chad. During this period, the company has also established exploration teams in each jurisdiction.

Teams are comprised of accomplished geoscientists and mining professionals with extensive in-country expertise, while the board has extensive experience in project discovery, mine development and operations, debt financing and delivering shareholder value.

The board and management team also have significant vested interests in the form of a combined 9.3% shareholding to complement a strong institutional shareholder base. IronRidge is backed by DGR Global Ltd, Assore Ltd and Sumitomo Corporation - three global corporates who will support the company at each phase of the commodity cycle, from discovery and development through to production and sales.

"Today, we have seven province scale projects across multiple jurisdictions in Africa and have already made significant discoveries in Ghana and Chad"

Shareholders have also been struck by the agility that IronRidge demonstrates when it comes to portfolio building. "The idea is to spread our wings far and wide, capturing as many highly prospective projects as we can. But if a project does not deliver, we will let it go," says Mascolo.

"Today, we have nine province scale projects at various stages of development with significant discoveries in Ghana and Chad to date and we expect multiple discoveries in the pro-mining jurisdiction of Cote d'Ivoire in the next 12 months."

IronRidge has made three discoveries in three jurisdictions over the past three years - a record which very few junior explorers can make claim to. The first discovery was a bauxite deposit back home in Australia, but deemed not to be a company maker, the project has effectively been placed on care and maintenance.

The Cape Coast Lithium Project contains proven high grade spodumene pegmatites and is significant given the fact that it is the first lithium discovery made in Ghana, opening up the possibility to establish a new lithium frontier in West Africa.

"The project has been very well received in Ghana; they are calling lithium the new white gold. We see huge potential for new industry there and that's why project is supported from the highest levels of office in Ghana."

IronRidge's third discovery was a large gold mineralised structure in Chad, where there has been little or no modern day exploration due to a historical focus on oil. Therefore, as the only active minerals explorer in Chad, the company holds first mover advantage with multiple advanced gold projects and multiple targets across a 40km strike. 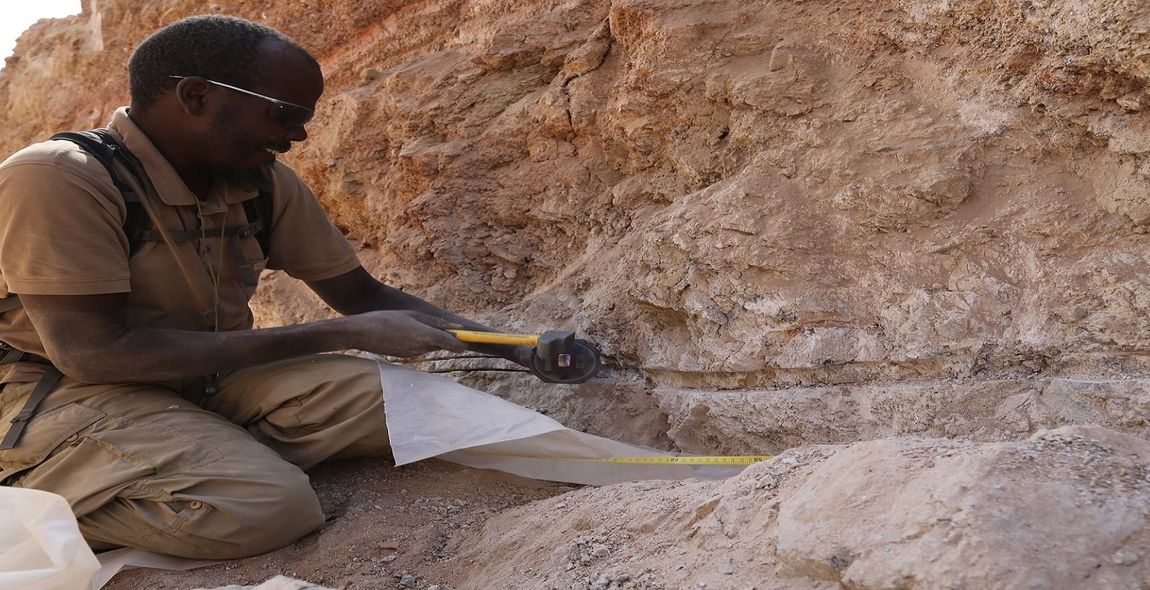 As the only active minerals explorer in Chad, IronRidge holds first mover advantage with multiple advanced gold projects and multiple targets across a 40km strike

"The first mover advantage provides the company with the potential to make globally recognised discoveries in largely underexplored frontier regions. However, it does take more time to develop these assets in the first instance and time for the investment communities to appreciate the opportunity," Mascolo says.

With investor markets still warming to Chad, IronRidge recently made the decision to acquire the Zaranou gold project in Cote d'Ivoire, further expanding the company's portfolio in the jurisdiction, which is well understood by the investment community. In addition, the project has the potential to mimic and potentially dwarf what has been discovered in Chad, according to Mascolo.

Considering its most recent discoveries and acquisitions, it becomes clear that gold and lithium will be IronRidge's focus commodities going forward, with both favoured by the company and the investment community for different reasons. "Gold is a universal currency and it's the staple form of traditional currency, which we particularly like. In addition, physical gold is a reliable and trustworthy asset and is therefore an insurance against economic uncertainty," Mascolo says.

The CEO also recognises the vast exponential growth story attached to lithium, which is derived from the global process of electrification taking place across several industries, most noticeably in the automobile sector with the rise of electric vehicles and stored energy generally.

IronRidge is currently investigating multiple-scenario, small, medium and large-scale methods to produce a lithium concentrate from the spodumene dominant pegmatite ore at the Cape Coast project in Ghana, which would then be fed into the growing battery market worldwide.

"With the support of the government and the influx of major European car manufacturers coming into Ghana, we can see there is the potential to build an industry focus around a battery grade product, lithium hydroxide being preferred for the fast-growing electric vehicle industry," Mascolo says.

However, this remains a long-term horizon for IronRidge and right now the company is focused on delivering a maiden mineral resource estimate in for the Cape Coast lithium project Q1 2020. "We have just completed our phase three drilling program for a total of circa-27,000m drilled," Mascolo says. 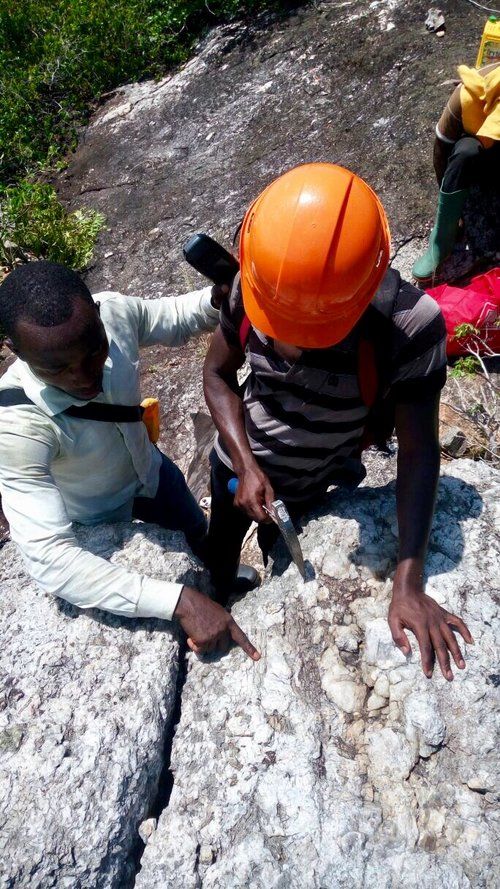 IronRidge is investigating multiple-scenario, small, medium and large-scale methods to produce a lithium concentrate from the spodumene dominant pegmatite at Cape Coast in Ghana

Recent results have and continue to deliver multiple high-grade lithium pegmatite intersections at the flagship Ewoyaa project, Abonku and the new Kaampakrom discovery.

IronRidge is also fortunate enough to be operating within close proximity to world class infrastructure, being located 1km from a major highway, 110km from the deep seaport of Takoradi and adjacent to grid power.

While the Ghana lithium project is IronRidge's most advanced, the company is also advancing its 900sq.km gold portfolio in Chad; a potential analogue of the intrusion-related gold systems in the prolific Yukon-Alaska Tintina Gold Belt.

The main focus across the portfolio in Chad has fallen on the Dorothe gold discovery, which has extensive artisanal workings with visible gold nuggets at surface, over a 3km-by-1km footprint.

So far, IronRidge has completed 14,564m of trenching at Dorothe, plus regional air magnetics and soil sampling. "When we drill some holes and get proof of concept in the anomalous footprint, we believe it could rival some of the largest open pit gold mines in the world today," says a confident Mascolo.

In Cote d'Ivoire, IronRidge has plenty of exploration activities to get busy with in the coming months; starting with a circa 7,000m drilling program scheduled at the Zaranou project next month and multiple programs underway at our Vavoua and Kineta portfolios.

"Cote d'Ivoire is advancing rapidly, and we believe will provide the pipeline of significant discoveries over the next 12 months," Mascolo says.

To conclude, IronRidge's African diversification strategy has served it well thus far, as the company closes in on significant lithium and gold discoveries in Ghana, Chad and Cote d'Ivoire. IronRidge's business model is designed to return shareholder value through the discovery and development of multiple projects across a diverse commodity and jurisdictional portfolio. 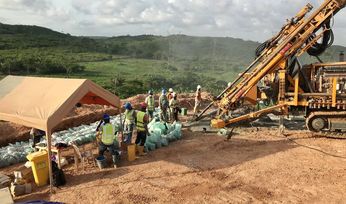 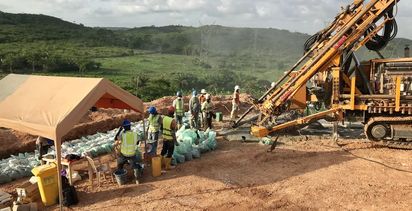