THETA Gold Mines is moving quickly on the transformation of South Africa’s oldest gold rush town into the home of a modern, efficient producer targeting more than 100,000 ounces per annum. 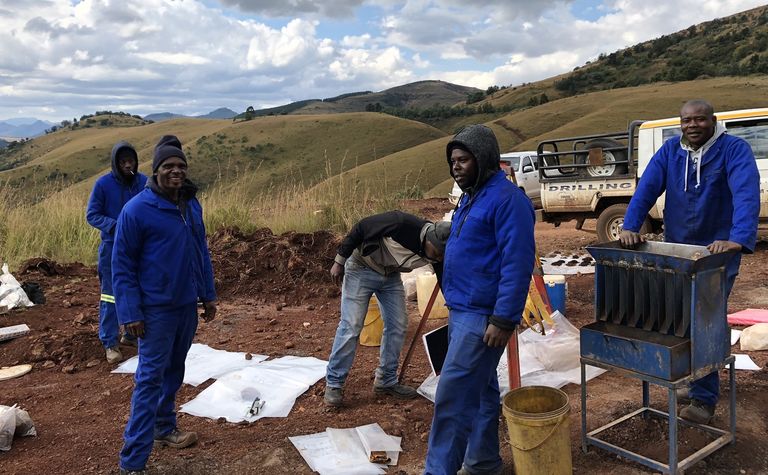 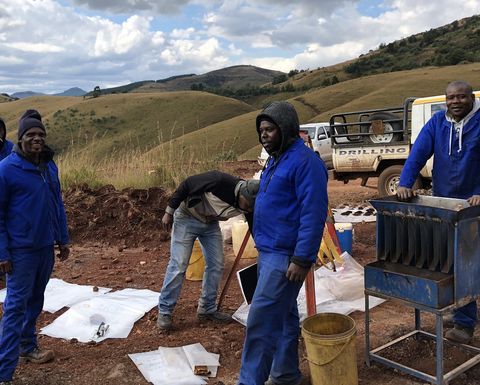 In May, the Sydney-based gold developer announced a big resource upgrade, a maiden reserve and a bullish feasibility study on its namesake Theta project, near the historic town of Pilgrim's Rest about 370km east of Johannesburg.

The Theta development is within 620 square kilometres of tenements in which Theta has a 76% stake, known as the TGME project. The name is drawn from Transvaal Gold Mining Estates (TGME), which formed soon after Pilgrim's Rest became the scene of South Africa's first gold rush in 1873, some 13 years before the discovery of gold at Witwatersrand.

Theta chairman Bill Guy said the region had not been given the attention it deserved for more than a century, despite production of 6Moz between 1896 and 1970, and perhaps a further 1Moz since then.

"There is almost no geophysical data and until we came along there had been no modern exploration. It really seemed like the sort of situation you would expect to find in Kalgoorlie in the 1890s," Guy said.

A number of previous owners had tried to revive the project, including an operation in the 1980s to reprocess tailings and various mining ventures that continued right up until 2015.

All of the previous mining had been underground, despite the shallow and flat-lying nature of gold reefs, which outcrop on hillsides throughout the project area.

"Underground mining methods don't make sense here for a lot of the gold, but there appears to have been a mindset about doing things that way," Guy said.

"Whatever the reasons, we saw an obvious opportunity to add value by bringing in modern exploration methods and opencut mining to crack open the potential. Australians have had a lot of success with the same approach at historic gold mines in the eastern goldfields of WA, and we are now bringing the same expertise to South Africa," Guy said.

Theta has combined some great Australian mining talent and local expertise to get the best from the project. Theta managing director Rob Thomson is a mining engineer who has already had a key role in taking eight exploration projects through to mining operations, including Climax Mining's 150,000oz (gold-equivalent) gold-copper project in the Philippines.

More mining engineering expertise is sitting on the board, with non-executive director Finn Behnken, well known in South Africa as both a mining engineer and financier.

Guy and his management team are mindful they are trying to prove something new in the South African gold industry. But Theta is already winning recognition thanks to strong exploration results over the past 18 months.

The 2012 JORC resource at the TGME project has grown from 3Moz in 2016 to 6Moz, with the most recent upgrade in May growing the opencut resource by 30%. The latest upgrade also included an initial opencut reserve of 2.3 million tonnes grading 2.6 grams per tonne for 205,000oz at the core Theta project area. All reserves are at depths of less than 130m.

Guy said the company had been able to drill out gold ounces in the indicated resource category for less than U$12/oz, which highlighted the amount of value that could be added by applying modern exploration.

"We have achieved a great return from exploration because we spent a long time digitising all the historic data, including 100,000 underground face samples, and used that to create the first 3D model of the old mines," he said.

"Modern exploration means we can make a big impact for the metres drilled."

Investors have rewarded the exploration results by doubling Theta's share price since the start of 2019, which created an opportunity in July for an $8 million share placement to specialist global resource investors.

The funds will be used to take the company to a development decision on the core Theta project area which is already looking good after the release of a feasibility study in May. Theta describes the development as "starter project", delivering 45,530ozpa over an initial two years and a total of 201,000oz over a five-year mine life.

The study estimates an all-in-sustaining cost of US$764/oz, ranking it as one of the lowest cost gold producers in South Africa. The project boasts a post-tax internal rate of return of 65% on a modest total capital investment of US$34.3 million. These figures are based on a gold price assumption of US$1,257/oz, which is looking more conservative by the day.

The strong economics reflect Theta is a brownfields redevelopment, with key infrastructure already in place, and is boosted by the high mill head grade of 2.71g/t from a shallow, opencut mining operation.

Guy said the decision to start production at this level was based on two factors. "We are maximising the use of the existing infrastructure, and the key constraint in that regard is the existing storage dam tailings capacity of 2.5Mt. We also believe it's the right scale to demonstrate that an opencut operation is the way to bring this historic field back to life. We have demonstrated the modern exploration techniques work, now we want to demonstrate that modern mining works."

The mining rights inherited by Theta when it acquired the TGME project are still valid, and applications are in progress to amend the rights to allow opencut mining.

Construction of the mine is expected to take only nine months, with most of the investment going into a new 500,000 tonnes per annum carbon-in-leach plant. "While we are effectively rebuilding the plant, there are a lot of things that still exist, such as an electricity connection, admin buildings and security fences. It's already a real mine that just needs to be restarted." 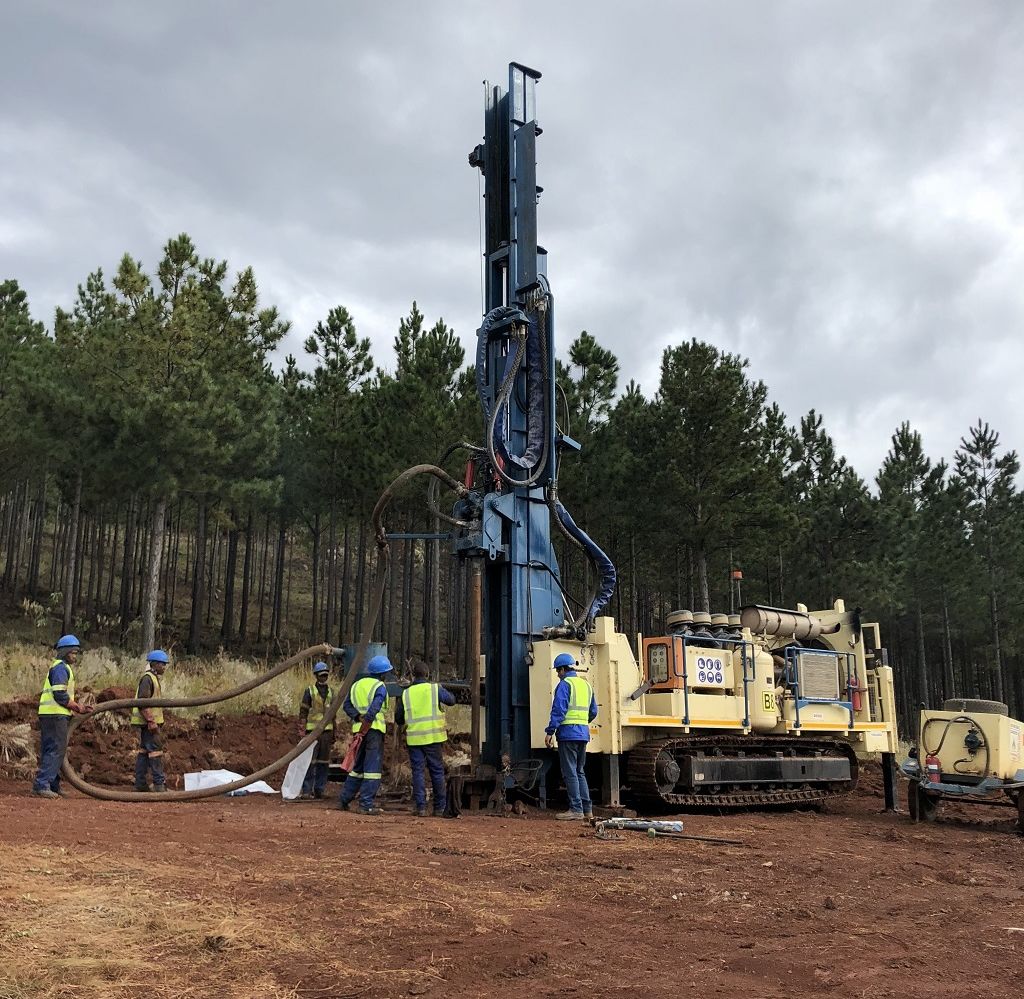 Theta's opencut reserve represents only 16% of total opencut resources of 870,000oz, so a planned drill out in the near term could provide an immediate uplift to reserves

The target is to lift production to at least 100,000ozpa by rolling out the opencut mining approach across more of the project area's historic gold fields. While there is no date on that target, Theta is working on an application to expand the tailings storage capacity and begun planning to increase the milling capacity to 1Mtpa.

Guy said expansion would be designed to retain the project's low-cost advantage. "We don't want to be a swing producer, we want to a producer in all parts of the cycle," Guy said.

The initial opencut reserve represents only 16% of total opencut resources of 870,000oz, so a planned drill out in the near term could provide an immediate uplift to reserves. Numerous other opencut targets will also be drilled out, including what appears to be southern extensions of the high-grade ore deposits at Theta Hill and Browns Hill.

Beyond the core Theta project, the company's ground contains more than 43 historic mines and prospects that are yet to be accessed and explored, which could provide enough to keep even the most ambitious gold miner busy for a very long time. 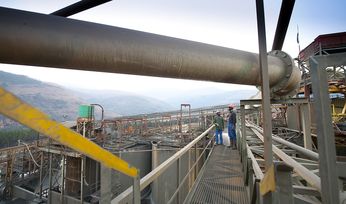 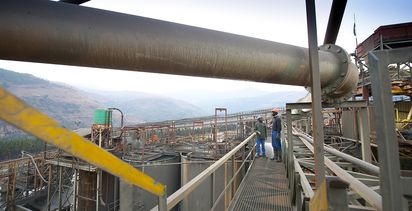