AN Alaska high-grade zinc and precious metals joint venture with Sandfire Resources may have stolen the limelight from White Rock Minerals’ (ASX: WRM) Mt Carrington gold-silver project in Australia, but CEO Matt Gill is putting it back on the agenda to generate cash in a bullish gold environment. 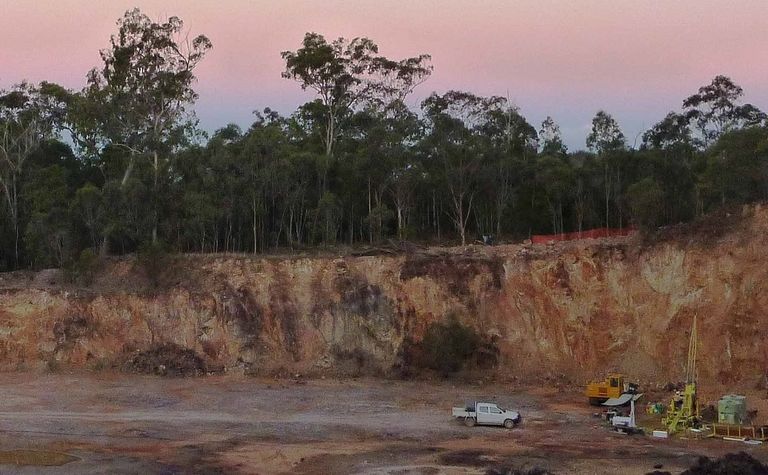 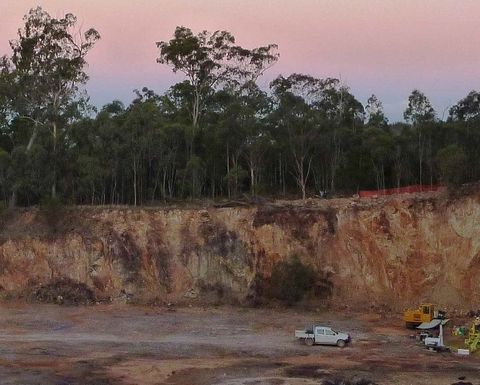 With a market capitalisation around the $10 million mark and the rather difficult and dilutive experience of raising half that amount in 2018, White Rock found a way to move ahead with its ‘sexier' Red Mountain volcanogenic massive sulphide (VMS) resource in Alaska earlier this year.

"They are one of the few companies that have successfully transitioned from explorer to developer to producer - we're seeing currently several gold stocks stumbling a little bit in that space but Sandfire did it well with its DeGrussa mine in WA," he says.

The JV involves a commitment from the larger player to contribute at least $20 million into Red Mountain over four years, which would entitle Sandfire to a 51% stake in the project and potentially 70 per cent if $30 million is spent and other conditions are met.

More importantly, the deal gives White Rock a "runway" for the potential development of Red Mountain.

Greenfield drilling is underway in a bid to hit the big intersections necessary to double the Alaskan resource and make it commercially viable.

Funding for that endeavour is in order approximately 10-to-12 holes to be drilled by the year's end, so now White Rock can focus on development of Mt Carrington in New South Wales, Australia.

"Some people say we're too small a company to have two assets," says Gill.

"I say it's very hard to grow a company if you're a single project company - all your risk is in one basket, and so we've been working on how to add value for shareholders by progressing the two assets.

"We think our commodity diversification of zinc, gold, silver and lead - and jurisdictional diversification with first world English speaking countries like the USA and Australia - should appeal to investors looking to manage their investment portfolio and reduce their risks where they can." 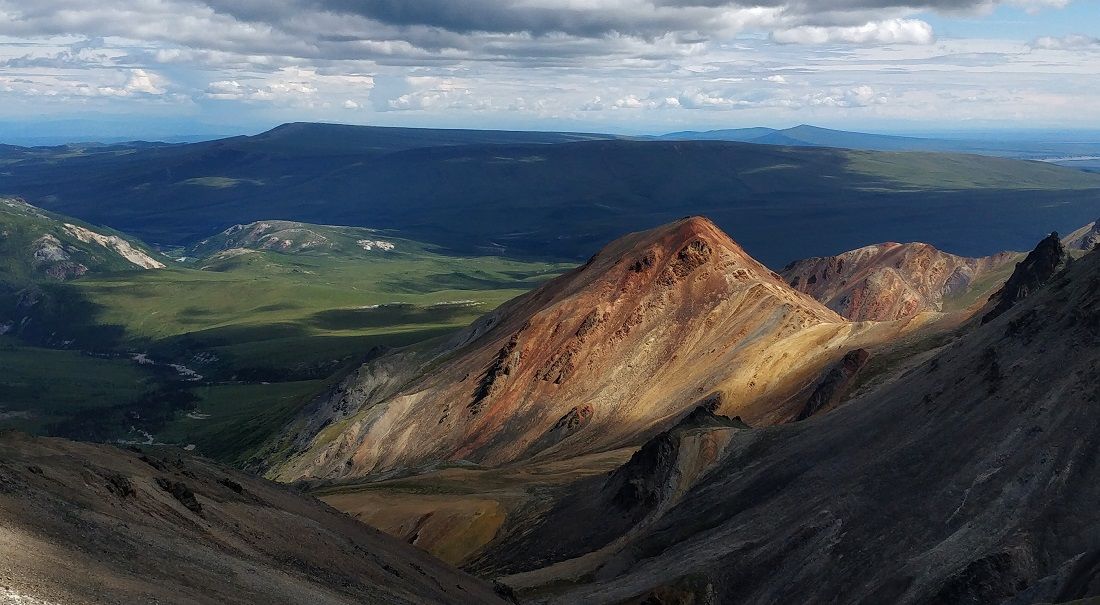 The imaginatively named Red Mountain project in central Alaska, US

He says the combined JORC resources of Red Mountain and Mt Carrington are around 76 million oz of silver (equivalent in value to around one million oz of gold) and 690,000oz of gold, and that's before accounting for base metals - 678,000 tonnes of zinc and 286,000t of lead.

Getting Mt Carrington back on-line

Red Mountain is much more of an exploration play. In contrast, Mt Carrington already has a mining lease from past mining, around $20 million worth of infrastructure from its previous owners, and a JORC resource informed by 100,000m of drilling.

"We're now turning our attention back to Mt Carrington and really ramping up what we do with that asset," says Gill of the project located between Tenterfield and Casino, with easy access from Gold Coast airport.

"You now put in the current Aussie gold price into Mt Carrington and it's a different beast - it's got a low capex size of $35-odd million.

"The beauty of Mt Carrington is that it's not a big capital risk as a lot of the risk has already been taken off the table from the past mining - you put in the current Aussie gold price, it pays back its capital cost in a year."

If all goes to plan, this potential gold pre-paid facility could likely kick off with US$19 million in available financing over a 12-month period to help build and commission the mine, in return for a share of gold and silver production.

At the current gold price above A$2,000/oz, Mt Carrington has a one year payback

Gill points to one drawback from a retail investment point of view. Investors look at the 35,000oz per annum production profile and for many the volume just isn't exciting enough.

It is worth noting, however, that this pre-feasibility study figure represents a 30% lift on indications from a 2016 scoping study, and only incorporates two of the eight deposits that form the JORC resource estimate.

"I'm a mining engineer. I say that Carrington is a good, honest, solid project and it makes money," says Gill.

"It spits out $20 million in free cash a year. There aren't many projects that advanced in Australia with that sort of work already done, have infrastructure present and with that likely strong financial performance behind them.

"When you've got five to seven years of initial mine life ahead of you - gold first and possibly with silver to follow - the best thing is to get going, get that producing, get that free cash being generated and then start to add more mine life out of the free cash flow you're generating."

As an executive with good technical knowledge, Gill's core message is "quality over quantity".

"Another thing is there aren't many genuine exposures to silver in in Australia. We could mine silver first, it's not a by-product for us, so Carrington's got a few things going for it," he says.

"There's this narrative that silver might have its day again, and when it does Mt Carrington will look different again."

Another sticking point with investors is perceptions around the approvals process in New South Wales, but Gill hopes to put those concerns to bed.

"You can approve gold mines if you do it with respect and with patience towards all of the different stakeholders that will be involved, listening to people and engaging with communities," says Gill.

In the longer term, the White Rock CEO believes Mt Carrington could have a part to play with the company's co-contribution of funding for Red Mountain.

"There is a scenario where the free cash generated from Mt Carrington could actually assist to fund our share of the Red Mountain joint venture. That's a pretty neat combination - we're tying them back together again commercially. They can actually work together quite well."

Gill expects there could still be a couple more seasons of exploration and resource in-fill and extension drilling for Red Mountain, which currently has two identified deposits with an inferred high-grade resource of 9.1Mt at 12.9% zinc equivalent.

"The JORC resource already puts it in the top quartile of undeveloped zinc projects in the world with that grade," says Gill.

"We've already done the internal mine design, mine modelling, and it told us that we're already halfway to a commercially viable mine with that tonnage and grade."

The company had a successful drilling program last year but it was mostly limited to a radius within a couple of hundred metres of the known resources.

In May 2019 the approach changed for the drilling season after the Alaskan snow had thawed.

With Sandfire on board the drilling program had bigger ambitions, making the most of the fact VMSs - formations that used to form on a sea floor - tend to appear in clusters.

"The strategy this this year has been to go kilometres away from the known deposit to find the next big ones," he says.

"We haven't yet found the next big one but in your first season with a strategy like that you don't often find the next world class deposit just like that, and we've only got one drill rig going.

He highlights "every bit of modern technology" is being thrown at the drilling program, including aeromagnetic surveys, mapping and sampling, follow-up on-ground geophysics, downhole geophysics and satellite spectral.

"As we speak our diamond drill has just moved 12km from the known deposits," says Gill, clarifying there will still be drilling close to the known resources to expand these, which are open down-dip and in places along strike "at the right time".

"So the strategy is now far more greenfields. We've gone away from the known deposits and we've many more targets that we can test in our 475sq.km strategic land package."

When Gill's vision becomes a reality, he expects the two known deposits will work as underground operations producing zinc and silver-lead concentrates as well as gold on-site, while the "wonderful synergy" is that the Mt Carrington gold and silver project could have helped fund that progress. 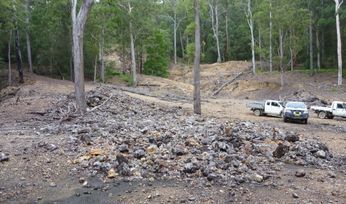 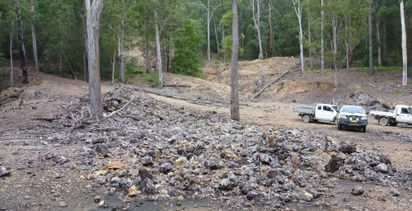