New Energy Minerals (ASX: NXE) has started a fresh chapter this month with a page-turning scoping study as it aims for first production next year at its flagship Caula graphite and vanadium project in Mozambique. 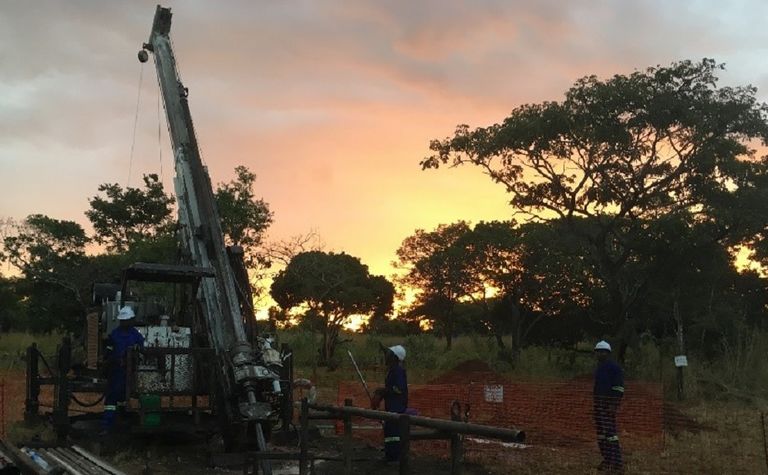 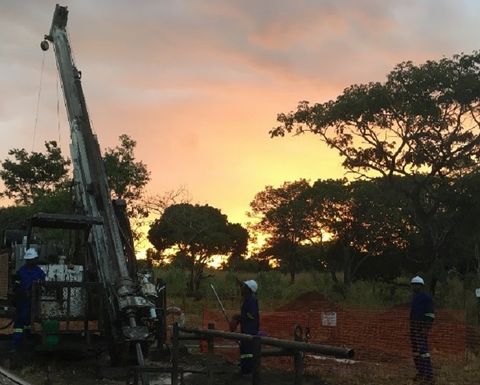 Drilling on the Caula vanadium-graphite project

Managing director Dr Bernard Olivier describes the study as phenomenal, thanks to the graphite component showing standalone, robust figures - then the revenue being doubled by effectively treating tailings for the vanadium content.

The company plans to be in production from the phase one pilot plant at its 80%-owned project in the second half of 2019, due to the low US$7.4 million initial capex.

Importantly, despite one shareholder describing the company's recent rebranding and share consolidation as being akin to an IPO, New Energy Minerals brings with it all the experience of operating in the region.

As Olivier points out, the company built a flotation plant 10 times the size of the planned pilot plant for its neighbouring ruby exploration project, which is being merged into TSXV-listed Fura Gems in a deal worth A$10 million so New Energy can focus on its sought-after graphite and vanadium.

"We've shown we can operate a mining project - even though it was bulk sampling for an exploration project - but it is the same principle of a flotation plant, and we've built it and we've run that very well in exactly the same area," he said.

"That should give investors operational comfort because we know how to work with the community and how to operate in Mozambique.

"The scoping study underpins our belief in Caula and I believe it's only a matter of time now before people focus on the graphite and vanadium story."

Olivier said aside from the scoping study's remarkable financials, its standout feature was the company's ability to go into production very quickly and start generating revenue in phase one.

The company only recently established a maiden vanadium resource at Caula, putting the entire 22 million tonnes at 0.37% vanadium pentoxide straight into the measured category. 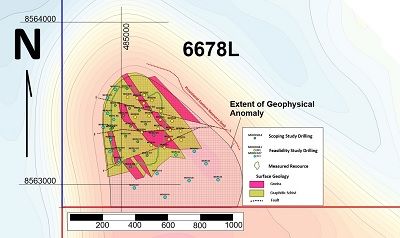 Plan view of vanadium and graphite mineralisation, showing extent of measured resource and recently completed 4,000m drilling campaign, which is set to increase the resource base significantly

It also more than trebled its maiden graphite resource in July, updating it to 21.9Mt at 13.4% total graphitic carbon for 2.9Mt of contained graphite, all in the measured category.

"It's very rare that there's a large measured component in a scoping study but our entire vanadium and graphite resource is already in measured, which reflects our strategy that we are aiming to go into production," Olivier said.

"What makes this really attractive is the 1:1 stripping ratio, it's easy for us to develop an openpit and then have a small, robust pilot processing plant in place with the start-up capex around $7 million."

The company expects to produce up to 15,000t of graphite concentrate per annum and a similar amount of vanadium concentrate at 1.7% vanadium pentoxide over the first two years.

Phase two would see a significant increase to 120,000tpa of graphite concentrate at 97.5% TGC and 204,200t of vanadium concentrate over 24 years, set to generate about US$2.63 billion in total EBITDA.

"It's not often that a project lends itself to being able to go into small-scale production at the start," Olivier said.

"That means we are profitable on a small-scale pilot plant, which is the perfect platform to then build off that, finance the larger plant and set it up for what is a phenomenal phase two and full production.

"This really minimises the risk of going straight to building a large-scale plant."

Caula's graphite and vanadium resources are hosted in the same graphitic schist, with the softer material allowing for easier mining and processing than hard-rock hosted minerals.

Olivier noted the company was not planning any cutting-edge processing, saying when the US was the biggest producer of vanadium around 100 years ago it was from a similar mica-hosted deposit in Colorado.

Caula's composition also means the company does not have to mine two different areas to access both resources, and it has designed a simplistic flowsheet to extract the graphite through flotation and then use magnetic separation on the tailings to extract the vanadium.

The company is yet to determine whether it will use roasting or leaching to further process the vanadium material in phase two to produce a high-grade 98.5% vanadium pentoxide on-site.

Between 63%-68% of Caula's graphite is large, jumbo and super jumbo flakes, which attract a significant premium for their use in the fire-retardant sector.

New Energy Minerals has been careful to use conservative pricing in its scoping study and is confident of the surging demand for graphite and vanadium.

"We're using conservative figures because we want to develop this rather than have an exploration story," Olivier said.

He said graphite prices were being driven by the burgeoning battery market and the high-quality flake was also suitable for the premium expandable graphite market, which was seeing an increase in demand in response to the Grenfell Tower flammable cladding tragedy in 2017.

"Also, vanadium prices have increased almost 500% over the last two years and that is driven by two things: Chinese regulations that have increased vanadium's usage in the manufacture of steel; and redox flow batteries being used for the storage of renewable energy," he said. 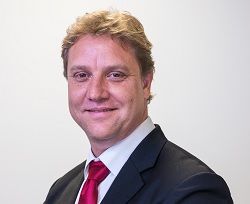 Olivier acknowledged it was a short timeline to anticipated first production in about a year's time but said it was realistic, subject to finance.

"We do have a lot of interest, we're looking at a combination with some component of equity but also pre-payment finance through an offtake partner," he said.

"The initial reactions in discussions we've been having have been really positive.

"And for offtake partners this is really attractive, because for a very small investment they can secure the first product from the pilot plant but also the right to assist and be part of the larger development."

He said the company had made strong technical achievements in recent months as it underwent its transformation and he reiterated it was only a matter of time before the market realised what had been achieved and what Caula represented.

"When you look at our project, it's roughly a 50:50 split between the revenue from the vanadium and the graphite and that's why the numbers are so incredible," he said.

"We've already got a standalone graphite project that is comparable to the best in the world but in addition to that, once you've extracted the graphite, we're extracting the vanadium and hence you double the revenue.

"The numbers are real and it is backed up by all the work that we've done." 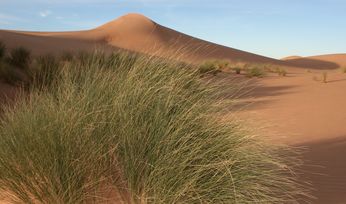 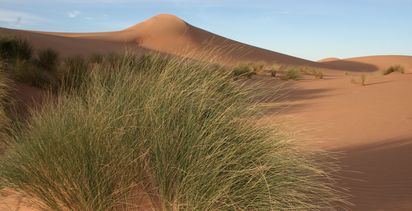