One of the most exciting but elusive district-scale gold plays in WA’s eastern goldfields, centred on the 32-year old Apollo Hill deposit, 50km southeast of Leonora, is finally getting the attention it deserves thanks to recently listed Saturn Metals (ASX: STN). 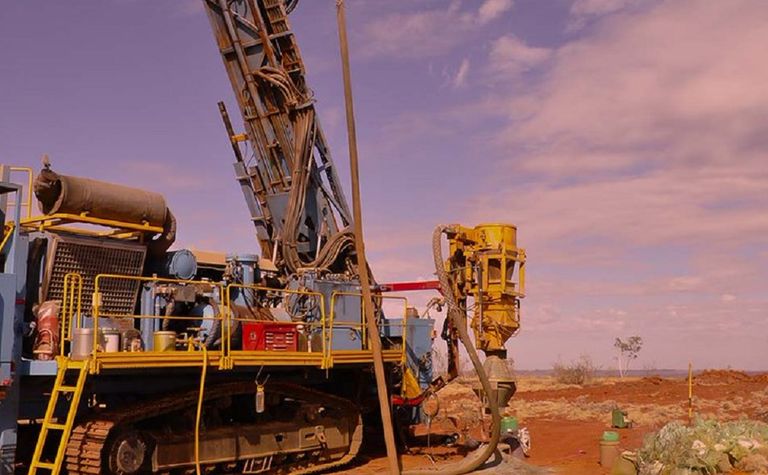 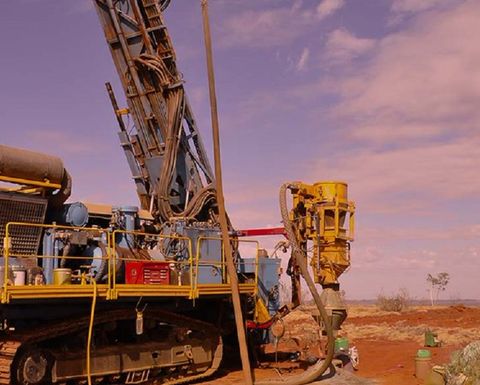 Apollo Hill was the flagship asset of Peel Mining after it floated back in 2007, but a succession of spectacular base metal drill hits on Peel's tenements in the overlooked Cobar district in New South Wales shifted the focus away from the Eastern Goldfields.

With Peel's success in NSW growing every year (placing it in the running for Explorer of the Year in the 2018 MiningNewsNet Awards), the company decided to spin off Apollo Hill into Saturn Mining. The deposit is part of a wide project area on more than 1,000 square kilometres of contiguous tenements, 100% owned by Saturn.

Not surprisingly, Saturn's formula at Apollo Hill has much in common with the way Peel has gone about its work in Cobar - find an unappreciated discovery in a first-class address, do the hard yards to really get on top of all the old data, and drill plenty of holes based on a smart exploration strategy.

Apollo Hill is a remarkably apt candidate for this kind of approach. The project was discovered back in 1986 by Fimiston and has been through a succession of owners over the past 32 years, including Homestake, Battle Mountain, Teck and Apex.

In its early days, the low gold price of the late 1980s and early 1990s made Apollo Hill a challenging opportunity. Drilling suggested the deposit was barely 1 gram a tonne average grade, but the sheer size and strength of the gold system made the project alluring for heavyweights such as Homestake and Battle Mountain.

Reinforcing the appeal of Apollo Hill is its location on the Keith-Kilkenny Lineament, a crustal-scale structure that also runs from Saracen's Carosue Dam deposit in the south, through St Barbara's Gwalia mine and up to Saracen's Thunderbox deposit in the north. 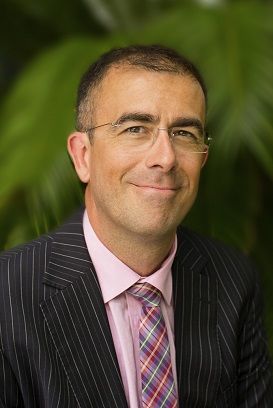 Ian Bamborough: "It's a proper, big gold system in the heart of a great piece of land"

Bamborough said the Apollo Hill project filled a vast and conspicuous gap in one of the most productive greenstone belts in the Eastern Goldfields.

"The project area has never been given the attention it deserves. Each time somebody has gone in, they have found something else and their attention has been completely diverted. For example, Battle Mountain found Vera Nancy and their whole focus changed, and yet they produced some of the best historical drill intercepts."

Apollo Hill then moved into the hands of Joshua Pitt's Hampton Hill, which began consolidating ownership of the highly fragmented tenements around the deposit. This process was continued by Peel and by Saturn ahead of its IPO.

"This ground was held as a lot of small prospecting licences and mining licences. It was very disjointed and no-one had ever managed to put the whole ground package together as one contiguous exploration belt," Bamborough said.

"We could see this as we went through all the data. There had been a lot of fantastic sniffs, but 50m away somebody else held the ground on the same structure and it wasn't possible to follow up those results."

"One of the first things we need to do was fly high-resolution magnetics over three-quarters of our entire tenement package. I mean, this is the kind of thing we were doing in the Yandal belt, 20-25 years ago. No-one has been there. It's this history that helped to grab my attention. Times have shifted, costs have shifted, prices have shifted."

Fundamentally for Bamborough, the lure of Apollo Hill is prospectivity. While there have been plenty of encouraging drill hits, the true potential was only revealed when Saturn converted all the data of the many previous owners into a single "language" that showed the geology and structures for the first time.

"It's a proper, big gold system in the heart of a great piece of land. I have seen enough big orebodies to make me sit up and go, actually, look at this one. This is something a bit different," Bamborough said. 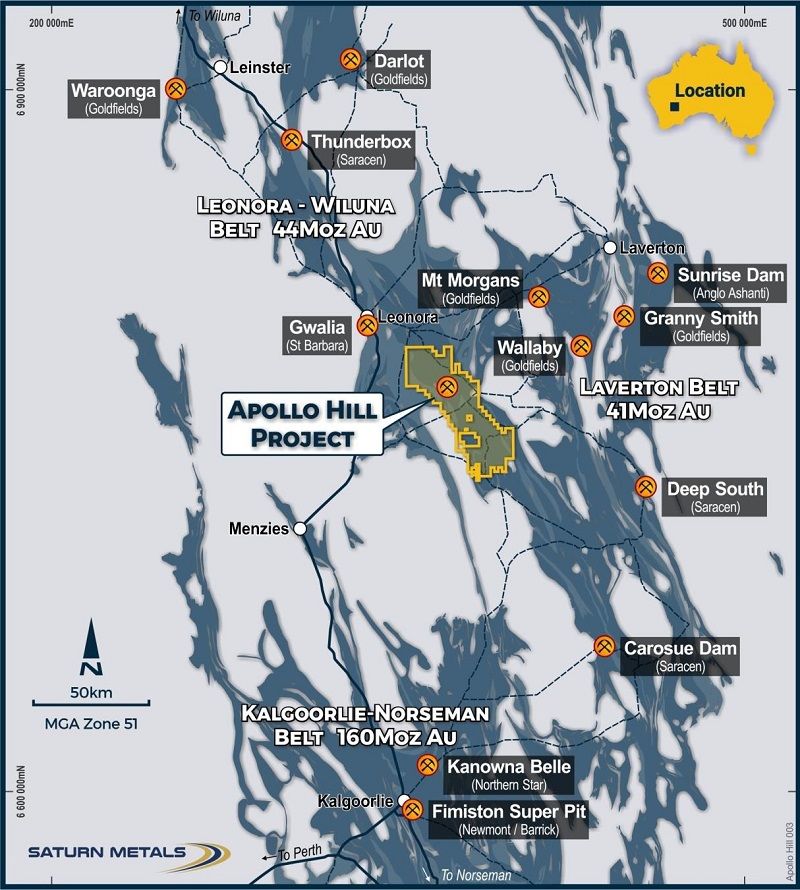 The starting point for Saturn is Peel's JORC 2012 resource estimate of 17.2 million tonnes at 0.9g/t gold for 505,000oz. More than 90% of the contained ounces are within the main deposit known as Apollo Hill, with the rest contained within the Ra deposit less than 300m to the south. Limited drilling by Saturn's parent from 2014 to 2016 increased the company's internal mineral inventory.

The resource is defined to a maximum depth of only 180m in a reasonable-dipping unit between 40m and 70m wide. Moreover, it covers only about half of a known 2km strike length of mineralisation, suggesting potential for a rapid growth in contained ounces in all three dimensions.

Within weeks of listing, Saturn had begun a 4,000m RC-drill campaign to test for shallow, northern and southern extensions. The campaign extended the deposit by 250m south and 60m north, with most grades comparable with the 1g/t produced by historic drilling.

Saturn has looked closely at data and interpreted the high-grade occurrences as a series of stacked, high-grade lenses, with their position controlled by a structural feature known as Reidel shears.

Bamborough said large gold systems such as Apollo Hill often have room for new discoveries, even after they may have been mined for decades.

"It's all about the way we approach or drill a project. If you have what you think is a 1-gram orebody, the mindset has been to drill it like a big 1-gram orebody, on wide-spaced holes in a standard grid pattern you don't look for what's within."

Saturn has put a high priority on testing its high-grade theory with a diamond drill program. While Bamborough can't say what his hopes might be for a grade uplift, he points out that every 0.1 gram-per-tonne increase across Apollo's existing JORC figure of 17.2Mt would add 50,000oz to the resource.

The nine-hole diamond program was completed in June. Assays are pending, but visual results reported to date have been exciting. The first hole produced multiple intercepts of visible gold, with many more gold grains within the core revealed by novel new X-ray technology from Swick Mining Services.

A second RC program of 4,000m is already underway. This time it's a resource drilling program that will lead to a new JORC resource figure in the second half of this year.

The Apollo Hill project is surrounded by major and mid-tier producers, which could mean a number of options for toll processing. The Apollo Hill ore has excellent metallurgy, being free milling, low cyanidation and coarse-grind gold. Gravity separation alone yields a recovery of more than 60%. Saturn is looking at the potential of new ore-sorting technology, which could create an easier fit with other mills in the area.

The main game, however, is building the Apollo Hill resource to a level that would support a stand-alone operation that could ultimately serve as a hub for any number of discoveries within Saturn's vast and under-explored project area. 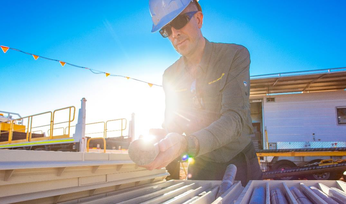 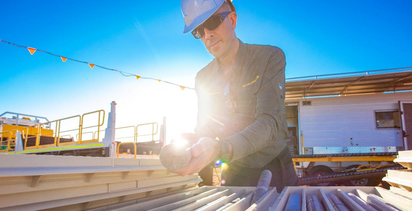