ASX-listed Capricorn Metals (ASX: CMM) is poised to give the green light to development of its 100%-owned Karlawinda gold project in the Pilbara, just two years after the company was created. And with a mid-2019 target for first gold, the company might set some kind of record for the shortest time between zero and 100,000-ounces-per-annum gold producer. 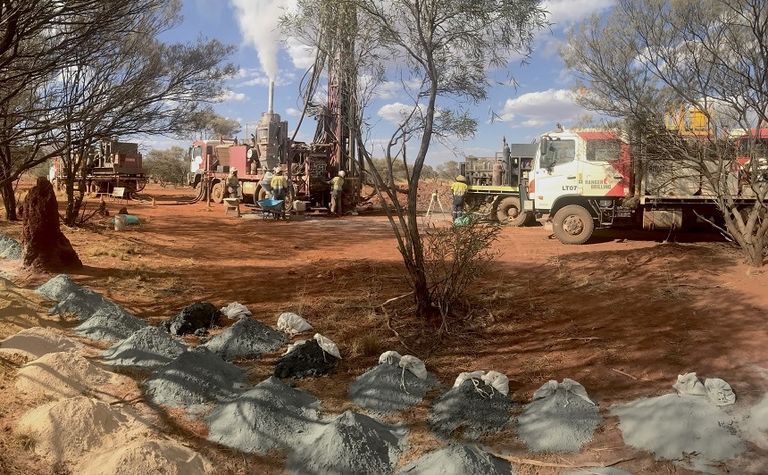 Drilling has quickly lifted resources at Karlawinda to 1.33 million ounces

The rapid evolution of Capricorn is thanks to a rare alignment of good luck and good management in a story that stretches back to one of the last discoveries by WMC Resources before the BHP takeover in 2005.

WMC had been exploring for nickel in the Proterozoic sediments of the Bangemall Basin, about 60km south-east of the Pilbara iron ore town of Newman. There was no nickel, but drilling through the sediments into the basement made the surprise discovery of gold at a prospect named Francopan.

New owner BHP sold the discovery to up-and-comer Independence Group, which tracked the gold mineralisation from under the Proterozoic cover to an Archean inlier just a few kilometres north, concealed by the thinnest layer of sand. By 2009, Independence had uncovered a previously unrecognised greenstone belt, and more importantly a promising gold discovery known as Bibra.

By 2015, Independence had spent $12 million and defined an 18 million tonne resource grading 1.1 grams per tonne gold for 650,800oz, but the company's other successes meant it had outgrown Bibra. The project was sold again to private company Greenmount Resources, led by exploration geologist Heath Hellewell, recently ex-Doray Minerals and looking for a project to build his own company around.

Greenmount was back-door listed on the ASX in January 2016 via Malagasy Minerals, which changed its name to Capricorn Minerals and sold its Madagascan graphite assets to focus on the Karlawinda gold project, encompassing Bibra, Francopan and regional exploration ground.

The good luck part of the story therefore begins with WMC's serendipitous discovery of gold in a previously unrecognised greenstone belt.

Hellewell, who is executive chairman of Capricorn Metals, says the beauty of it being previously unknown is Bibra still has the full profile insitu. "You have a laterite cap, then into the oxide mineralisation and beneath that the fresh mineralisation. It really is like a deposit from 1980s or 1990s when the laterites were intact and for the first couple of years you were processing oxide ore. Obviously, that's pretty positive from a cashflow point of view."

The position and geometry of the Bibra deposit also makes it attractive. "There's about a metre of sand on top of it, which is why no one recognised it, then you are straight into the ore. It is a large system. It is low grade but because you are into the ore at the surface, and the orebody is quite flat dipping, you have a low strip ratio, which makes the economics work at 1.1gpt."

The good management part of the story comes into play with Hellewell and his partners recognising that Bibra and Francopan, despite being in a new belt and more than 200km for the nearest gold mine, had the potential to be a strongly performing, stand-alone project.

They took a well-informed punt on being able to increase the resource base at Bibra, which has been handsomely rewarded.

In April 2017, just 14 months after acquiring the project, Capricorn announced a resource estimate of 31Mt at 1.1gpt for 1.14Moz, a 75% increase from the resource established by Independence.

This was used as the basis for a definitive feasibility study, released in October 2017, which delivered a set of numbers that would be envied by mine owners with a significantly higher average gold grade.

The study calculated all in sustaining costs of just A$1,025 per ounce, based on a 3Mtpa carbon-in leach producing an average of 100,000ozpa with a mine life of 6.5 years. The project would generate an undiscounted pre-tax operating surplus of A$413 million from total revenue of A$1,091 million, with an internal rate of return of 31%.

The 6.5-year mine life in the DFS already looks like being extended following the announcement a month later of a further increase in the resource to 38.3Mt at 1.1gpt for 1.33Moz.

Hellewell is quietly optimistic that Capricorn will do better on some of the project's costs than the assumptions in the DFS, particularly for power supply. The DFS was based on a gas-fired power station established on site, fuelled by gas trucked in as CNG or LNG. But he points out alternatives could be to access spare generation capacity from the power station at Newman, which is just 65kms away, or tapping into the Goldfields Gas Pipeline which is located about 60km east of the project area.

He says there are also opportunities to reduce costs by optimising pit scheduling early in the mine life when digging and processing the high-margin ore in the laterite and oxide zones.

The main game continues to be finding additional resources, where the news is highly promising. Hellewell says most of Capricorn's exploration so far has been focused on extensions of the known resource.

"Bibra is part of quite a large gold system, so there is a lot of opportunity in the extensions to the Bibra pit. And 5kms south at Francopan, it looks like there is another system in terms of scale, sitting under the younger sediments. What that tells us is we have a recently newly discovered belt of greenstone rocks with two plus-1Moz systems. From an endowment point, I think it's pretty obvious there should be more to find."

Hellewell says the fact the project had only one previous owner means the data Capricorn inherited was clean and consistent and made it easy to follow on from Independence's work. 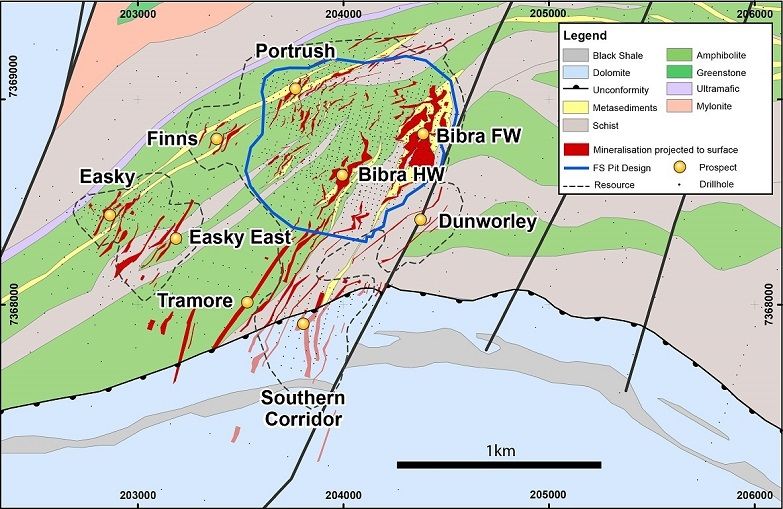 "The quality of work IGO did was first rate. We have been determined to maintain that standard in terms of the drilling and the data, making sure we do it as best we can so when it gets to the point where we are speaking with the banks there is no question about the quality of the project."

This kind of good management has been pivotal in advancing Karlawinda so rapidly and remains a mantra for Hellewell.

"Our focus since the DFS has been on derisking the project. We have a Native Title agreement in place, we have the mining lease in place and we recently obtained our native vegetation clearing permit for the infrastructure and pit area. I am comfortable we will have all our permits place by April and May and be derisked in that regard by mid-year.

"We are also working with construction contractors on an EPC for the project. We think we will be able to make some capex savings and in the next month or so we hope to announce a guaranteed maximum price EPC, which will derisk it again before the final stage of the project."

The last piece of the puzzle is funding the project's capex, which the DFS estimated at A$146.3 million, including a contingency allowance of A$13.1 million.

Hellewell says the company is looking at traditional bank finance, supported by an equity raising, because the cashflow dynamics show the project is well suited to carrying debt.

He says Capricorn can maintain 100% ownership as it makes the leap from explorer to producer. "We're in a good place. If you are ever going to do a project, a nice standard WA-type gold mine in WA is the one to do.

"We will be able to deliver the project, get our balance sheet in a strong position and create a very good foundation on which to build our business." 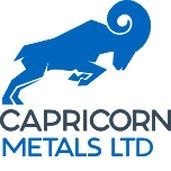 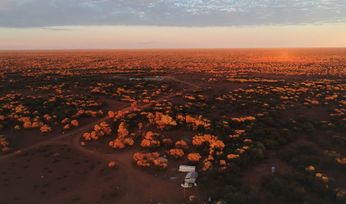 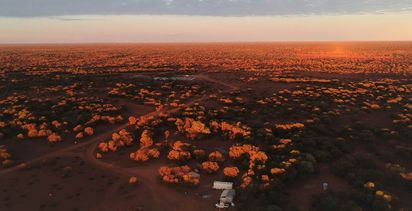 Capricorn quietly getting on with building Karlawinda

Hegarty keeps the faith on copper