A golden opportunity for new discoveries

SARAMA Resources (TSXV:SWA) is poised to explore a newly recognised regional structural model that may boost the gold grade at its recently acquired Djarkadougou permit in Burkina Faso. If successful, it could represent a step-change for prospectivity along the southern part of the Houndé Greenstone Belt. 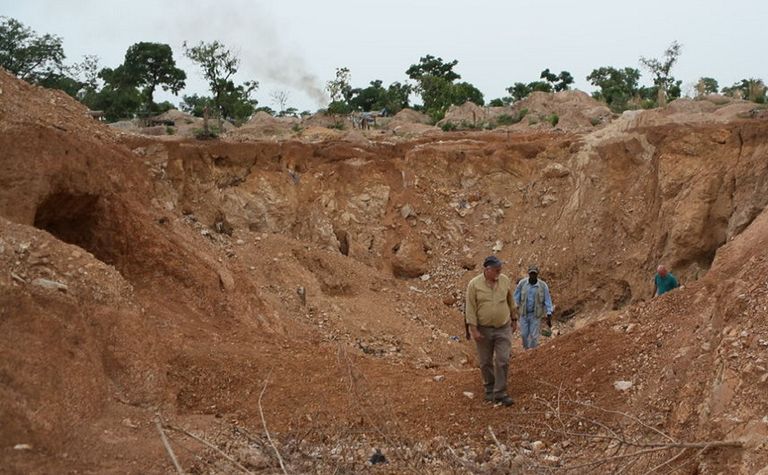 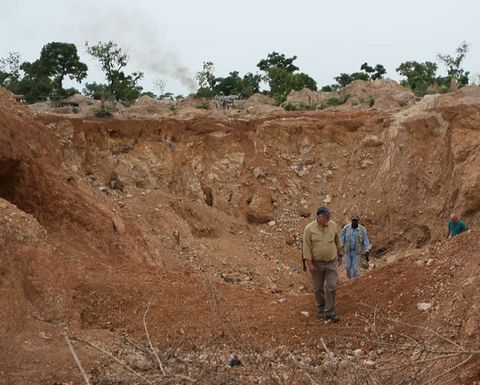 An artisanal pit at the Bondi deposit, where drilling is planned

The Perth-based, Toronto-listed junior finally got its hands on the Djarkadougou permit, which includes the Bondi deposit, six months ago after a protracted courtship of Orezone Gold Corp and a year-long government approval process.

Sarama persevered for a long time to get its hands on the permit because of its strategic position, wedged between its 2.1 million ounce South Houndé project and Teranga Gold's Golden Hill project to the north that hosts an exciting new discovery, which has been delivering spectacular drill hits of late.

There is also the prize of an existing (measured and indicated) resource of shear-zone-hosted gold at Bondi of 4.1 million tonnes at 2.1g/t for 282,000oz of gold. Bondi creates all kinds of options for Sarama in a likely consolidation of projects in the southern part of the Houndé Belt.

Sarama was also eager to secure the Djarkadougou permit because 100% ownership provided the chance for the company to take more of its destiny in its own hands. At it's flagship South Houndé project, the pace is being set by joint venture partner Acacia Mining, who has taken over as operator.

Sarama believes that with new discoveries being made in the belt, there may be additional exploration opportunities within the Djarkadougou permit. It sees the possibility of more shear-zone-hosted gold mineralisation, with an even bigger potential prize of high-grade, quartz-vein gold associated with a mafic volcanic domain.

Sarama's president and CEO, Andrew Dinning, said Orezone's exploration activity within the Djarkadougou permit started in the late 1990s, but there was little action in the past decade as Orezone sought to bring other, more advanced, projects in its portfolio in to production.

"Orezone spent close on US$10 million on the Djarkadougou permit and drilled the heck out of the main Bondi deposit. When we started ground truthing their soil geochemistry, we found a lot of false positives and false negatives, and I think they struggled with the regolith to get reliable results out of the soils work.

"We do soils a little bit differently and take samples from deeper in the profile. We went back and redid some of the more interesting areas and we are currently relogging core as well. In conjunction with that, we have undertaken a few small ground-based geophysical programmes and developed new regional targets not specifically related to the Bondi deposit. 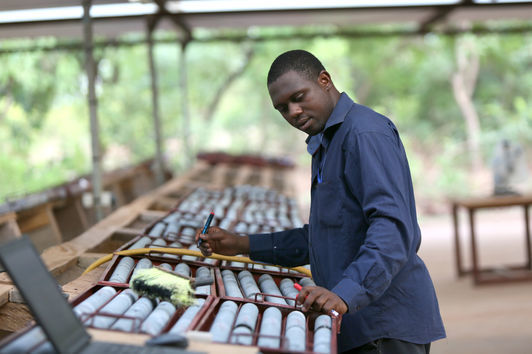 "While we have been doing that and waiting for various government transfers we have gone back and looked at what else has gone on in the belt."

Dinning said new discoveries since Orezone's activity had highlighted the importance of a regional feature known as the Boni Shear Zone, which runs right through the Djarkadougou permit.

These discoveries include the high-grade 1 million ounce Siou deposit, which sits right on the Boni Shear, and is now a satellite orebody of 4g/t to 5g/t Au feeding SEMAFO's 240,000 ounce per annum Mana mine, and Roxgold's Yaramoko mine, which is just east of the Boni Shear and associated with E-striking, Au-quartz veins cutting mafic volcanic rocks and granite intrusions.

Perhaps most significantly, however, is the Golden Hill discovery, just 20km from the Bondi deposit, where in November Teranga Gold reported a 14m drill intercept averaging 110.6g/t Au, including 5m at 306.7g/t Au and 1m at a staggering 1,499g/t Au. Dinning said Orezone had done very little work on the eastern side of the Boni Shear, which has become a focus area for Sarama.

"We identified three areas of interest, where we have reinterpreted the geophysics and identified some intrusive units. We went back and did some detailed IP and worked up three new targets, which we tested with a few holes in July.

"One of those came back with good results. The tenor is not really high, with the best result about 3g/t, but we have identified a mineralised zone about 60m wide in the oxides. In fact, it could be wider because four drill holes ended in mineralisation. As a proof of concept, these results have been very encouraging."

The next stage will be a larger programme of RC and aircore drilling at three new intrusive associated targets, most likely in the June quarter. If results are positive, it will firmly establish a new deposit model for Sarama in the Hounde Belt and its newly acquired Banfora Belt properties that share a number of similar characteristics to this area.

Dinning said Sarama will also be upping the tempo of exploration for extensions of Bondi, with a goal of doubling the current resource to more than 800,000oz of gold. 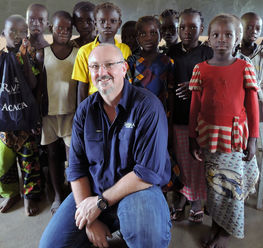 "The aim now is to beat the bushes and extract whatever we can out of that permit. Our ultimate goal would be to build sufficient resources at Bondi to make it a stand-alone operation. It's a good project with anticipated pit grades around 3g/t Au and free-milling ore, so anything else we find on the permit will be highly value accretive.

If Bondi doesn't stack up as a stand-alone project, then it is something you could potentially combine with Teranga at Golden Hill or combine with our South Hounde project, which has a 500,000oz oxide resource plus a significant fresh resource."

Sarama has a plateful of other interesting exploration projects, including a quartz-vein gold discovery made in 2012 on its Bamako permit, which is situated within trucking distance of Bondi and South Hounde.

The company has recently revisited the project, where artisanal miners moved in last year, and achieved rock chip sample results of up to 10g/t Au. Dinning said the project "ticks a number of boxes, geologically, for what you look for in Burkina Faso to support a deposit".

Also in the background is a project coming together on the under-explored Banfora Greenstone Belt, 80km west of the Hounde Belt and away from the centre of the action in the country's fast-growing gold mining region, which has seen the recent commissioning of Endeavour's Houndé mine and Roxgold's high-grade Yaramoko mine.

Sarama has been quietly consolidating tenements over the northern part of the Banfora Belt for more than two years and the company has had the benefit of being able to build a regional picture from its own in-house data that has not been available to previous explorers in the area.

Dinning is excited by the identification of a 40km-long belt of mineralisation, where first pass soils are returning up to 2.5g/t Au and augur drilling hits of up to 10g/t Au.

"There's a lot of gold there and a lot of exploration runway, but our first job will be ground truthing the historical data, doing the mapping and more of the soils so we can work up some high-quality targets. So I would watch this space on that one," he said. 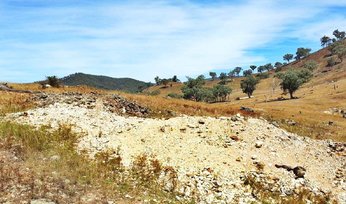 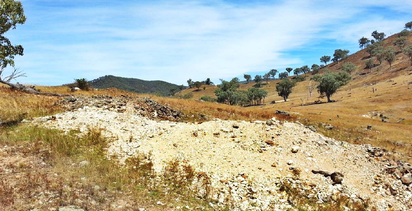