AFTER the years the proposed world-class copper-gold Pebble project has spent in a virulent political wilderness it seems hopeful to suggest, from an investment standpoint, that its fortunes have dramatically changed in only a few short weeks. But key elements of the change-case are certainly there for all to see after owner Northern Dynasty Minerals (NDM-TSX; NAK-NYSE American) moved – finally, and without much fanfare – to a “normalised permitting” path it has long seen as crucial to getting the full Pebble story into the public domain. 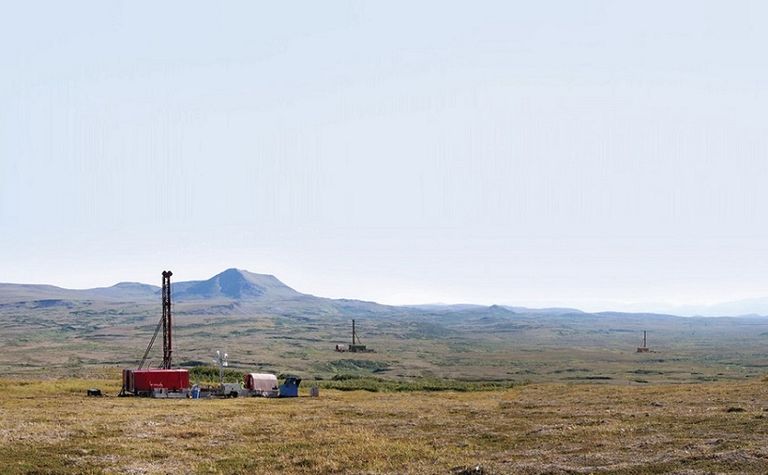 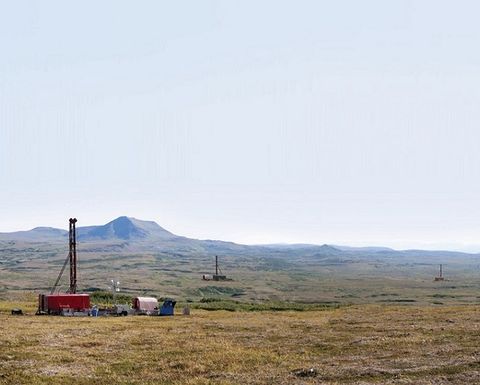 US Army Corps of Engineers' acceptance of wholly-owned Pebble Limited Partnership's Clean Water Act 404 permitting documentation in January 2018  for Pebble, provides a basis for the Alaska copper-gold company to move into a long-awaited objective and transparent Environmental Impact Statement (EIS) phase for an actual project in the state's Bristol Bay region - a process under which it can demonstrate compliance with the most rigorous science-based National Environmental Policy Act (NEPA) provisions.

As lead federal agency under the NEPA assessment process, the US Army Corps of Engineers (USACE or Corps) will consult with other federal and state agencies, including the US Environmental Protection Agency, the US Fish & Wildlife Service and National Marine Fisheries Service, and the State of Alaska, in its assessment of the Pebble Partnership's permitting application.

For Northern Dynasty, the latest development comes after its mid-2017 settlement of a three-year legal battle with the US EPA, initiated after the federal agency unexpectedly and pre-emptively used a Clean Water Act Section 404(c) determination early in 2014 to effectively shut down work on Pebble and put more than US$600 million of sunk investment at risk.

The EPA settlement and subsequent restoration of the Pebble Partnership's right to put its proposed project through a lawful, high-level environmental assessment process opened a six-month window for NDM to hit some big corporate and project milestone targets.

And hit them it has.

The USACE announcement comes after NDM confirmed the arrival of emerging mining giant First Quantum Minerals as a potential development partner for Pebble. The copper and gold-propelled growth trajectory of First Quantum makes it a good fit for Pebble, which it describes as "one of the outstanding unmined copper projects in the world". With normalisation of the permitting process and a big injection of funding, NDM can get on with the business of engaging contractors to work on the EIS and Pebble's updated preliminary economic assessment and proceed full-speed into what it freely acknowledges is the demanding task of selling the all-round virtues of a project long portrayed as being in conflict with the Bristol Bay salmon fishing industry.

NDM president and CEO Ron Thiessen says recent developments have been momentous for a project mired for so long in the uncertainty created by the EPA decision in 2014, and before that its 2011 Bristol Bay Watershed Assessment, and the one-way public diminution and demonization of a venture based on the world's largest undeveloped copper and gold resource.

"Pebble expects to finalize a Memorandum of Agreement [with USACE] in the very near-term so the Corps can immediately distribute Requests for Proposal to begin the process whereby they will select the independent third-party contractor that will support them in the development of the Pebble EIS - the document that will be the basis for decisions made by federal permitting agencies," Thiessen says.

"We are pleased by the expediency with which permitting for the Pebble Project has been initiated, and that the Corps will serve as the lead federal agency for the rigorous, objective, transparent and science-based EIS process."

The company's Alaska public affairs effort was effectively on ‘care and maintenance' between 2014 and 2017 as it battled to defend its project title and the basis of a proposed multi-billion-dollar enterprise. 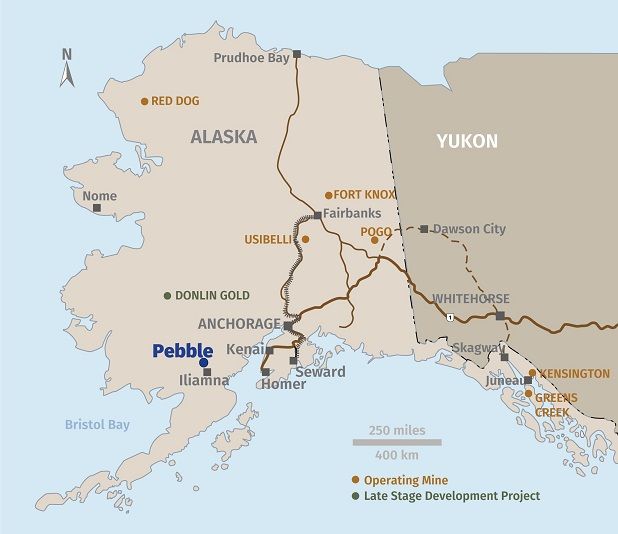 "After a 6.5-year period when the narrative was dominated to a meaningful extent by the anti-Pebble rhetoric, the significance of now having access to normalised permitting is that one of our key assets, our $150 million environmental baseline document, can be publicly vetted and become a vital part of that public discourse," says NDM corporate communication vice president, Doug Allen.

Thiessen describes the option agreement with First Quantum as a "pretty substantive agreement".

"They [First Quantum] basically now have 3-4yrs to complete the balance of the due diligence that determines whether or not they'll exercise the option [to spend US$1.35 billion to acquire 50% of Pebble]."

In the meantime, the big miner will pour up to $150 million into Pebble's permitting and public education processes - funding that gives First Quantum the right to then buy into an advanced project.

"We're aiming to finish up the option agreement with First Quantum in Q2 this year. And then work in-state, particularly in-region, on a series of out-reach programs and ideas that we have, and have always really wanted to table once we were able to get into permitting," Thiessen says.

Leading that effort will be Pebble Partnership CEO Tom Collier, a veteran in the project permitting field who worked in the US Department of the Interior under the Clinton Administration, and retired US major general and University of Alaska president emeritus, Mark Hamilton, an eminent Alaskan who led the fight to preserve the Dillingham university campus in the Bristol Bay area.

Thiessen says Collier has been instrumental in reshaping the project set to become the focus of economic and environmental studies. The much smaller proposed 20-year open pit mine feeding a 58 million tons per annum mill has a development footprint less than half the size previously envisaged and significant new environmental safeguards. But it would still have capacity to produce about 287Mlb per annum of copper, 321,000ozpa of gold, 1.6Moz of silver, and about 13Mlbpa of molybdenum.

Collier says: "These are very substantial improvements that we have engineered over the past few years in response to the priorities and concerns of project stakeholders. We believe that as people become more familiar with our proposed project design and the environmental safeguards it incorporates, there will an increasing degree of support for the project, and the significant economic potential it represents for the State of Alaska."

Collier says Mark Hamilton is among Alaska's best known and most highly respected residents, "in large part for his accomplishments and service to the state over 12 years as president of the University of Alaska".

"We fully expect Mark's vision, his leadership and his credibility to materially advance our efforts to re-position the Pebble project, to ensure it provides meaningful and enduring benefits to the people of Bristol Bay and Alaska, and to help create the social and political conditions necessary to permit this project in the years ahead."

Thiessen says NDM first approached Hamilton about involvement in the project's Alaska-based team when he retired from the University of Alaska.

"He wasn't sure he wanted to get into another battle - unusual as that sounds for a military guy - but when he heard Tom's presentation about the smaller project [in Anchorage in October last year] he got enthusiastic.

"He called Tom up and said, I think it's something that needs to be done and I want to be part of it." 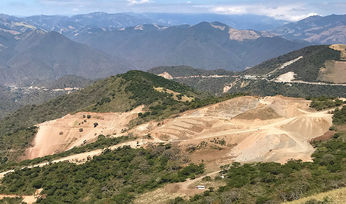 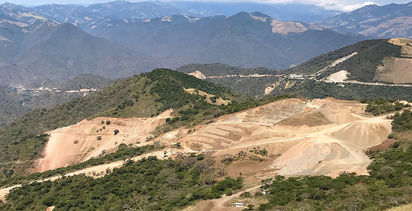