A BRIGHT start to 2018 has continued a rousing 12 months for Amerigo Resources (TSX: ARG), which has seen its share price climb more than 220% in a year to its highest point in five years. But with delivery of its Chile copper expansion project on track for this year and further strengthening of the red metal’s price in prospect, Amerigo’s ascent has the look of a work in progress. 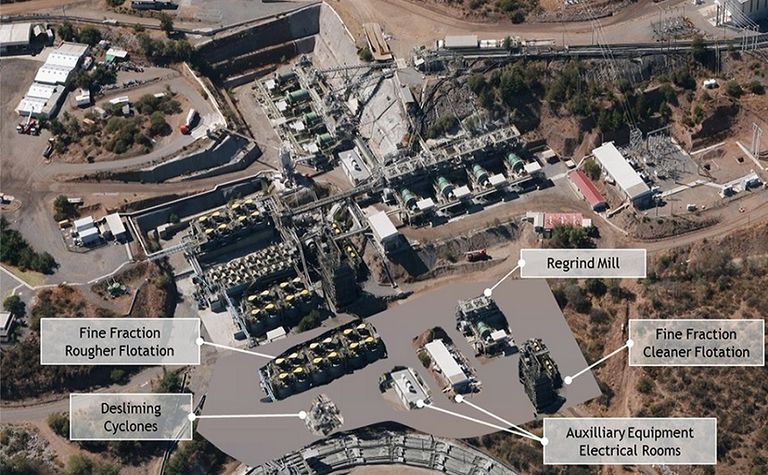 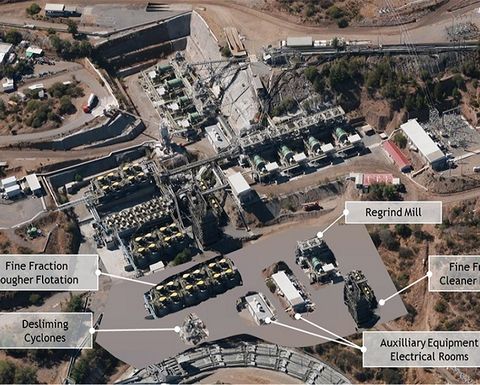 Certainly CEO Rob Henderson thinks the company's circa-18% gain since the start of 2018, taking its market capitalisation to around US$174 million (C$219 million), is just a step in the right direction.

"I believe that investor awareness of Amerigo is improving and our recent Q3 earnings of US$7.9 million demonstrate that we can generate good cash flow at a copper price of US$3.00/lb [now about US$3.22/lb]," he said.

"Having said that I believe that our market capitalization … is relatively low given that we currently produce 62 million lbs of copper per year. And that will soon be more than 85Mlbs."

Henderson says Amerigo investors get about 0.4lbs of copper for every dollar of market cap - around double the level of peers.

"Our current price-to-earnings ratio is also very low, especially given that we will be increasing our production by 40% in 2018 and reducing our cash costs," he says.

Copper production at Amerigo's 100%-owned Minera Valle Central (MVC) processing plant in Chile is forecast to remain steady at 60-65Mlbs/year until the third quarter this year when it is due to rise to 85-90Mlbs/yr. 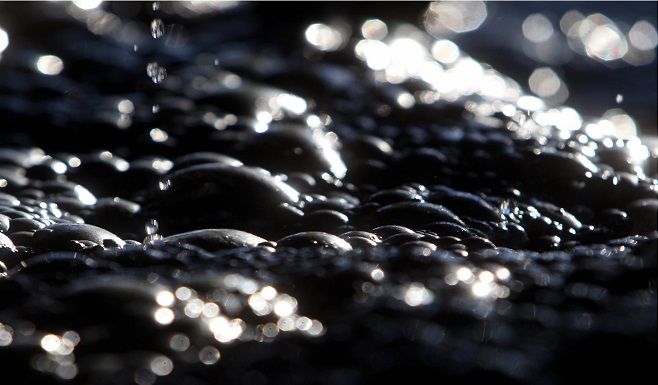 The MVC facility, about 1.5 hours south of Chile's capital, Santiago, has an almost limitless supply of 0.11% copper ‘ore' from the nearby, 112-year-old El Teniente mine. The material, 130,000 tonnes per day of tailings, is delivered to Amerigo's plant door by El Teniente's owner Codelco, the world's biggest primary copper producer, under agreements running through to at least 2037. Amerigo is selling back to Codelco high-grade, low arsenic copper concentrates under a long-term contract.

The US$30 million MVC plant expansion and upgrade not only increases output, but also considerably boosts copper recoveries on ‘ore' from an older, higher-grade El Teniente tailings source, Cauquenes. The Cauquenes tailings deposit was created over the period 1936 to 1977, with processing technology not as advanced then as it is now. The mined ore grade was also higher and the rock itself, located physically higher up in the deposit, had different mineralogy with more secondary copper minerals such as chalcocite.

The upshot of all that is the Cauquenes tailings grade at 0.27% Cu is more than double that of fresh tailings and the favourable mineralogy contributes to superior modern recovery rates.

That Cauquenes feedstock and the fresh tailings, combined with better plant economies and overall recoveries, was always going to have a material impact on Amerigo's revenues and operating cash flow in a strengthening copper price environment.

Henderson says most of the new equipment for the plant expansion is being fabricated in Chile and appears to be well on schedule.

"Our regrind ball mill is being fabricated offshore and we have been advised that the mill delivery will be at the later end of the scheduled time frame. MVC are making contingency plans to temporarily use their existing regrind ball mill in case the new mill is late," he says.

"We are fortunate to have the same team at MVC who delivered the phase one expansion project on time and under budget and they know what they are doing.

"For Amerigo, the phase two expansion is certainly the major milestone expected in 2018 [and] once the bank's completion tests are met, the company will be permitted to distribute dividends to our shareholders."

MVC has been producing copper in Chile for 25 years and was acquired by Amerigo in 2003. It started paying dividends two years later.

Henderson says the company maintains a policy of returning one-third of earnings to shareholders, and adds: "I do believe we will be back again in dividend paying mode again."

"The biggest factor by far affecting our valuation is the copper price as this is directly related to our cash generation capability.

"A second factor is the health of the mining industry in general. I think the investors who abandoned the space five years ago are beginning to return now that industry price-to-earnings ratios are competitive again.

"I am seeing more junior financings taking place, more drilling done and more studies being completed. I believe this is a healthy start to the next cycle.

"In terms of pricing I see the copper price staying flat in 2018 until the world's copper supplies cannot meet demand and then the price will go up rapidly. The gurus forecast that this will happen in 2019.

"If we think that copper price volatility is going to increase substantially we would consider purchasing put options which would lock in a floor price and maintain exposure to rising prices. However, this is expensive and we believe that the costs at MVC are robust enough to survive low copper prices as they have managed to do for the last 25 years.

"We have been patient over the last low price cycle and we intend to fully benefit from the anticipated upcoming high price cycle." 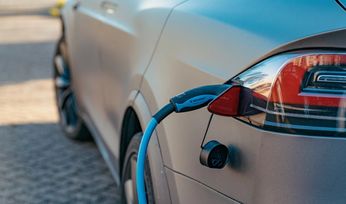 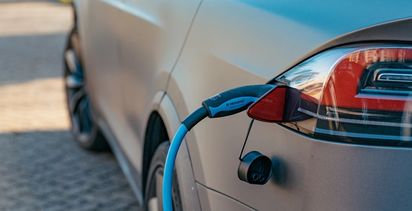