A YEAR in which equity market hunger for quality copper development stories is expected to intensify has started very brightly for Valor Resources (ASX: VAL), which reported big resource expansion numbers next to its maiden measured resource after an aggressive 2017 drilling program at Berenguela in Peru’s heavily mineralised Puno region. 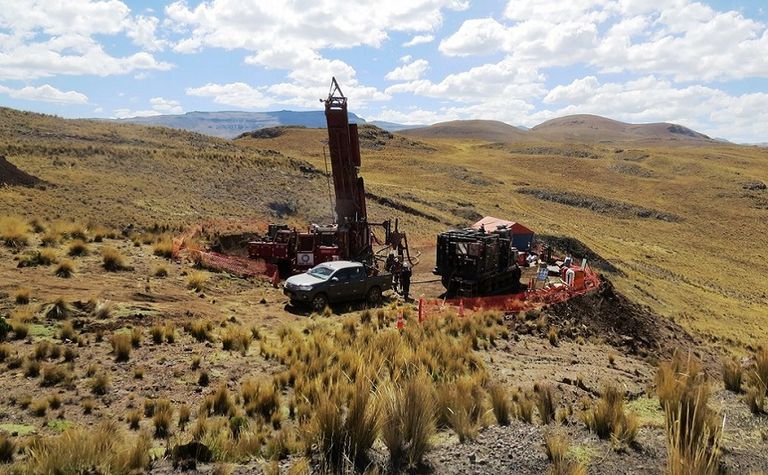 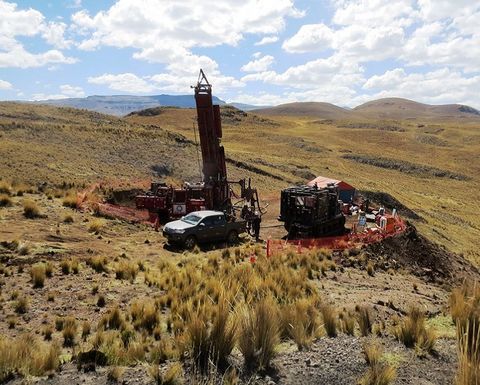 Drilling at Berenguela in Peru

Valor heads into a busy 2018 drilling and study schedule with plenty of wind in its sails after boosting the total resource tonnage by 80% at the Berenguela copper, silver and zinc project, and expanding estimated copper and silver resources to more than 770 million pounds and 127 million ounces, respectively, both up 37% on previous estimates.

The site where early small-scale silver mining can be traced back more than 100 years, and where previous drilling and surveying helped pinpoint resources in only a small section of the 6,594 hectares Valor has under exploration concessions, now has its first measured JORC resource: 7.7 million tonnes at 0.99% copper, 103.79 grams per tonne silver, 8.76% manganese, and 0.34% zinc (1.6% copper-equivalent).

Extensive interrogation of a quality dataset from past exploration, and metallurgical testwork results, plus the company's groundwork, has guided Valor's focus on about 140 hectares - or only some 2% - of the ground it holds at Berenguela, much of its near-surface.

Early success in the company's drilling of northern and south-eastern extensions of the main deposit, and high-grade copper and silver intersections deeper in the central zone, and in the western zone, has added to a general belief that Berenguela has considerable exploration upside.

But while 2018 shapes as an eventful year on the exploration front, Valor continues to move purposefully to update a previous scoping study on what is now a much larger resource base before moving straight into a pre-feasibility study phase around the middle of this year. That will trigger more drilling to upgrade the core high-grade resource, as well as updated metallurgical work, while Valor has also started taking steps to advance what is already a good understanding of other key input costs.

Berenguela has access to water and grid power, and is about 50km from the provincial city of Juliaca off paved highways connecting Juliaca and Arequipa. A key district rail line runs through the southern part of the project tenements through to the Port of Matarani in southern Peru.

"We believe the project as it sits right now is a mine, a buildable mine, and our internal financial modelling on a 45-46Mt reflects excellent project economics," says executive chairman Mark Sumner.

"We obviously need to independently confirm the economics and in the first instance we will update the scoping study and get those numbers into a public document, but we think the financials are going to be robust based on the grades, results of the extensive past metallurgical work, the shallow, flat-lying nature of the deposit which basically sits at the surface, and of course the improvements in metal prices we're seeing.

"We expects the results from our surface sampling campaign to deliver further high grade targets and our guys [geologists] are running around, especially in the south central area, testing outcrops where we think there is significant mineralisation sitting at surface. The prospects [for resource expansion] are fantastic.

"But we also believe there is going to be a market sweet spot for high-quality, new copper projects that can be built for US$250-300 million - we don't yet know what our final capex number is going to be - in the right jurisdictions, we think our project with its high-grade silver credit and copper grade is going to demand attention."

Sumner says previous bulk sampling and extensive met testwork by renowned US-based firm Kappes, Cassiday & Associates focused on the deposit's high-grade manganese. "Electrolytic manganese dioxide [EMD] was sort of the cobalt of the time when KCA was carrying the project, the hot battery metal; everybody was excited about it, so that was the focus.  But the flowsheet delivered excellent copper-silver recoveries and we intend to build on KCA's work utilising newer technology and a focus on copper and silver, while reducing capex and opex associated with EMD production," he says.

"We've been very busy running an extensive met program since around July [2017] and expect to feed those results into our updated scoping study and eventually a PFS."

Silver Standard Resources took on Berenguela after KCA and zeroed in the project's silver potential with its 30,000m of drilling, geophysics and surface sampling. The database Valor inherited certainly highlighted Berenguela's silver production credentials, but the emergent copper theme - accentuated by the giant copper deposits in the region - has become increasingly compelling as the junior has rapidly built out the resource in only about seven months of work on the project. 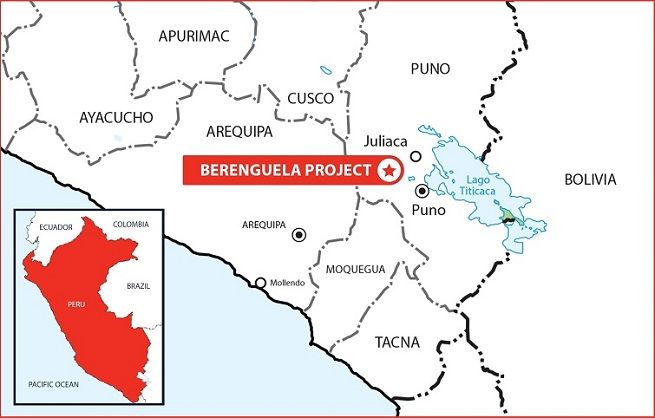 Valor has added more than 350Mlbs since taking on the asset in May last year.

"Copper continues to be the driver of Berenguela and we believe our exploration and development plan will continue to add quality pounds in the ground," Sumner says.

"It is a much larger deposit since we commenced our initial work program in July of 2017.

"The measured resource, which represents more than 16% of total resources, brings much greater geological certainty to the deposit and gives the company a strong foundation to proceed with further drilling and more advanced project studies.

"These metrics will feed into the updated scoping study, which we intend to publish very shortly, and we believe will improve production metrics and extend the projected mine life of Berenguela significantly.

"This massive expansion of Berenguela's tonnage is a major value creator for Valor and positions Berenguela as one of Peru's significant, up and coming copper projects."

Sumner says while most drilling on the deposit hasn't gone past 100m vertical depth - with only limited drilling between 120m-150m in certain areas - Valor is also keen to better understand potential sources of the surface mineralisation.

"We've drilled a couple of holes below 220m, testing a bit for the deeper mineralisation [and] just to try to get a sense of what the source is. Berenguela is a surficial carbonate replacement deposit, within a prolific porphyry-skarn belt, occupied by some of the largest copper mines in the Andean Copper Belt, so we believe there is some further blue sky by testing deeper targets.  We do not intend to focus our near-term efforts on deeper targets, as we are still focused on expanding Berenguela central at surface, but after we see the company's value re-rate, we may have an opportunity to go looking for a massive porphyry-skarn deposit.

"Our goal was to hit the ground running hard in 2018 and that's exactly what we've done with the massive increase in JORC resources. In the first sx months of 2018, we expect to deliver significant value adds on a number of fronts.

"Our view is that Valor should be on the market's radar as one of the copper companies to watch this year."

Rio to join Valor in Peru 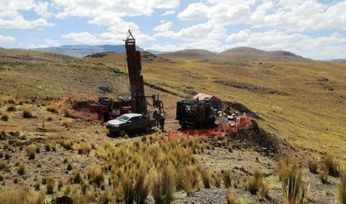 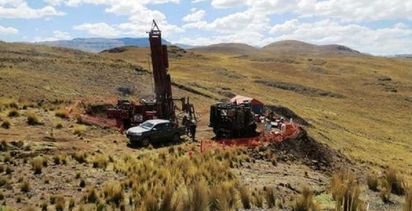 Ashburton acquisition puts Kalamazoo 'on the map' in WA

Valor tunes in to Radio project