VAST Resources (LN:VAST) is a junior with big ambitions. The Romania and Zimbabwe-focused copper, zinc and gold producer is looking at a portfolio with the potential to propel it into mid-tier status with a modest amount of funding and some hard graft. 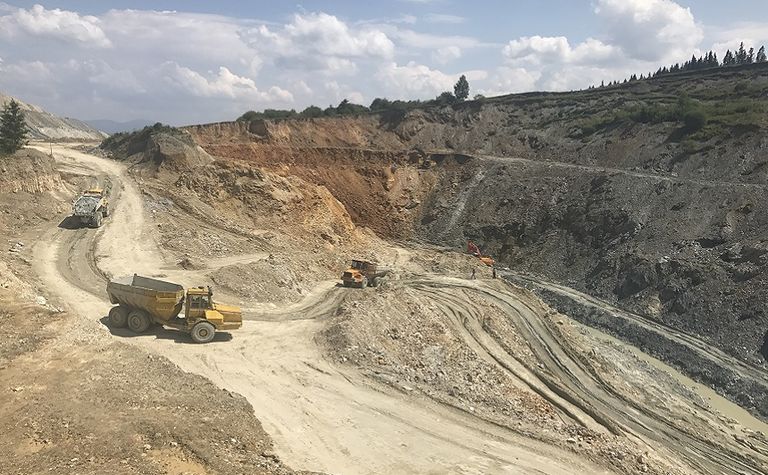 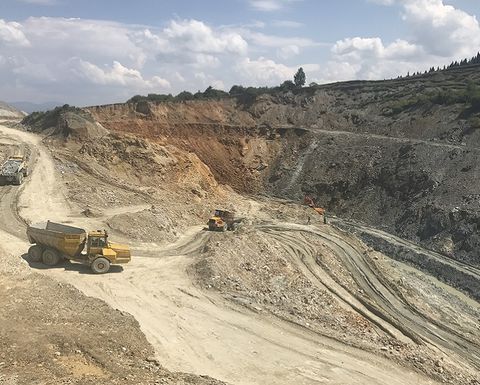 Manaila produced 1,082 tonnes of copper and 118t of zinc in the September quarter

This year has seen the company sell off a 25% interest in the subsidiary holding the Pickstone-Peerless and Giant gold mines in Zimbabwe, and put more cash into its 100%-owned Manaila polymetallic mine in north-eastern Romania.

It is the latter that has got its investors excited as the company tries to leverage its ‘first-mover advantage’ in the European country.

Located over a prospective 100km land package, the majority of the mines and projects were shut down in 2006 in preparation for the country joining the European Union – membership of which is granted on the basis of no industry being subsidised. 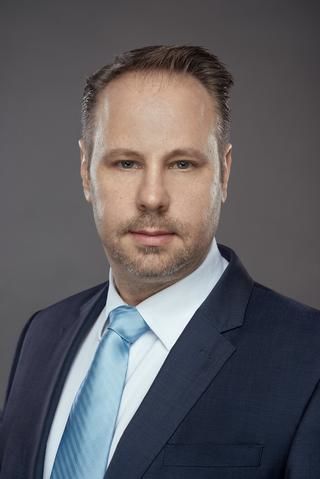 “Of the 55 mines with 16 mining licences, we ended up looking at nine and, of these nine, five were commercially viable,” Vast’s president and executive director for Romania, Andrew Prelea (pictured), says.

This has since led to the company becoming the only non-ferrous miner independent of the state-run mining entity in Romania.

Manaila is producing copper and zinc in concentrate form, and churned out 1,082 tonnes and 118t of the two base metals in the September quarter, with copper production showing a 31% upswing on the previous three-month period.

Vast has worked very hard to get the asset to this position, transforming the operation over the past two years.

“We basically had to rebuild operations using a flotation building originally used for manganese and an openpit which did not benefit from the full planning expected for an openpit” Prelea said.

On top of this, the concentrate the mine was producing required improvements.

Prior to Vast, a Chinese consortium was operating Manaila and producing a single concentrate grading 13-15% Cu and 12% Zn.

The zinc content in the copper concentrate was enough to make most copper smelters baulk and, unsurprisingly the product was heavily penalised.

Through a series of internal and external studies, the company found an appropriate metal balance and now produces two separate concentrates – copper and zinc – that are in a sweetspot for its customers, according to Prelea.

The openpit numbers imply Vast only has three years of operating life left here, but it has plenty of expansion opportunities.

Vast has already outlined a 4.45Mt-11.88Mt exploration target with grades up to 2.3% Cu, 0.5% Pb and 1.1% Zn, but recent results from the first 1,000m of a 2,200m drilling programme at the adjacent Carlibaba prospect show potential for adding a second openpit mine to the Manaila complex.

The company has also been granted a licence extension enlarging its prospecting area by over 20 times. In addition, the company has been granted two new prospecting licences for the Piciorul Zimbrului and Magura Neagra polymetallic prospects, the latter of which is thought to host porphyry copper-type mineralisation with veins containing gold, silver, molybdenum, lead and zinc.

A company requires a significant amount of plant infrastructure to process all of this material; something Vast already has.

Although the equipment was not optimised when Vast arrived in 2015, the company has been able to refurbish all of the processing facilities at its metallurgical complex.

The only issue is where all of this plant is located – Iacobeni, 26km away from Manaila.

“Our biggest problem has been transport, which accounts for in excess of 25% of our production costs,” Prelea says. 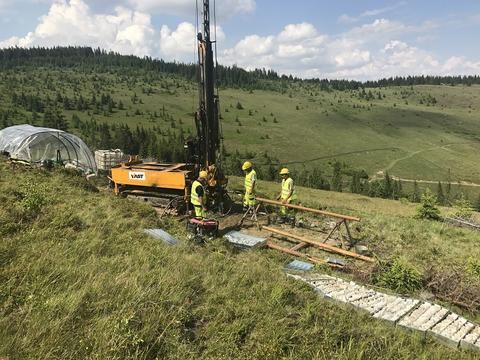 Currently, the company is having to truck ore and waste between the mine, the metallurgical complex, and the tailings facility.

This is the main reason for the company posting a US$2.4 million loss from continuing operations in its 2017 financial year (to March 31), despite boosting revenue 230% year-on-year to $23.8 million.

As Prelea says: “We would be more than breaking even if you take 25% off that bottom line.”

The company is looking to solve this problem with the building of a new metallurgical complex at Carlibaba.

This facility is likely to be able to process at least 25,000 tonnnes per month, according to Prelea, which, in tandem with mining fresh ore from Carlibaba, could see costs fall dramatically; much further than the 25% related to transport costs.

Vast has recently gone to market looking for $10 million to carry this out and, since releasing positive drilling results at Carlibaba, has seen its financing options increase.

It is now in discussions with metal traders and debt providers to take a significant portion of the funding in return for offtake.

The plant could be operational within 18-24 months from the financing closing, but Vast is already implementing new systems to improve Manaila’s profitability. Copper grades and throughput are improving quarter-by-quarter, while there is potential in the near term to add gold to the production mix following recent gravity processing trials.

One element not yet mentioned is the Baita Plai polymetallic project, a skarn deposit comprising several veins in calcareous sediments in eight distinct pipes.

Vast acquired 80% of Baita Plai in 2015 and has since been working on getting the mining licence transferred from the state body that took it when the previous miner went into insolvency in 2013.

In August, Vast was granted the right to mine polymetallic ore from Baita Plai and is now awaiting the formal association licence prior to beginning mining operations.

The process has taken longer than the company expected but, as Prelea says, the modest care and maintenance costs the company has incurred are far outweighed by what Baita Plai could offer Vast in the near, medium and long term as its third operating mine.

“From an economic point of view, you’re talking about a concentrate that has value in excess of three times the copper concentrate value we’re getting out of Manaila,” he says.

It comes with crushing, milling and flotation circuits, a tailings dam, three access shafts and an active mine level (gallery), plus access to above-ground infrastructure like railways and rail wagons.

“To replace that in today’s terms would be at least $60-70 million,” Prelea says. “Strategically, I think it is very important.”

As the company’s experience on Baita Plai shows, operating in Romania can be a little tricky.

The legislation needs updating and data access could be improved, but Prelea believes other companies will follow Vast’s lead in good time.

“I’m certain that as soon as the mining legislation changes and access to data opens up, we will see a lot more players here,” he says.

With all of these developments on the table, plus a 25% stake in a growing gold story in Zimbabwe, it is no wonder Prelea thinks Vast can buck the typical junior miner trend and become a much bigger player.

“By design, the purpose of a junior mining company is to get into jurisidicitions and pave the way for the majors to come in and scoop up the assets once they are operational, viable and all of the red tape has been cut,” he says.

“The difference is, we want to transition from junior into mid tier by leveraging off our current first-mover advantage.” 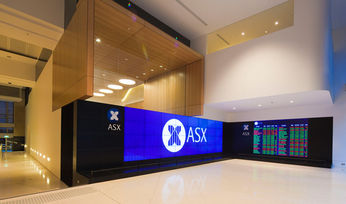 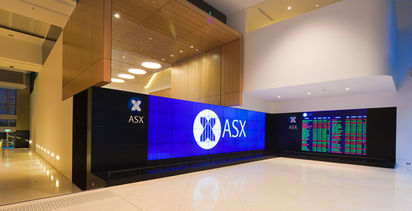