A significant resource increase in prospect for Cardinal Resources (CDV) and its standout Namdini gold project in northern Ghana should kick start 12 months of powerful value uplift for the TSX and ASX listed company as it heads toward the home stretch to production at one of the region’s best-backed emerging mines. 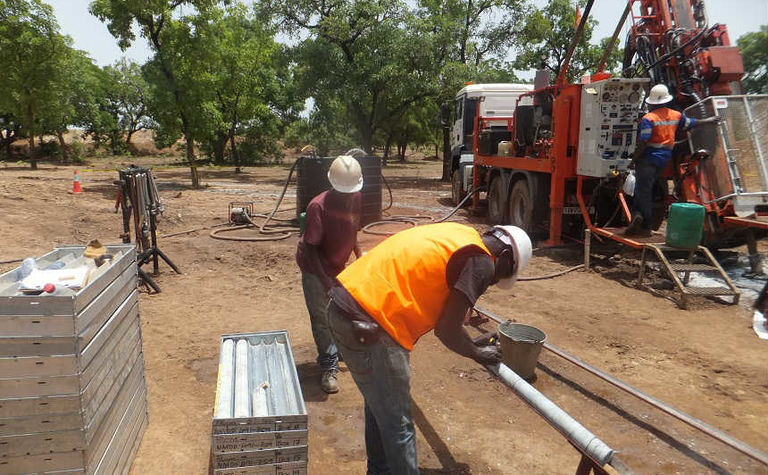 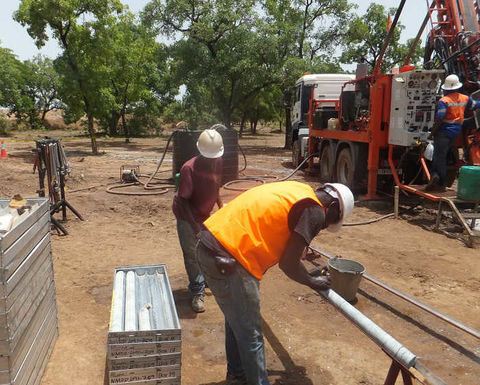 Cardinal has a staggering 11 drill rigs on infill and extension, and regional exploration drilling at Namdini in northern Ghana

Cardinal CEO and managing director Archie Koimtsidis says the imminent resource update – including vital elevation of inferred multi-million-ounce resource to indicated ahead of the preliminary economic assessment (PEA) release at the end of the year – is a key milestone for the company that has spent the past decade building its presence in Ghana.

The company is also counting on metallurgical optimisation work currently in progress having a positive impact on project economics outlined in the PEA. Interim results have already shown improved overall gold recoveries from Cardinal’s preferred grind-flotation-regrind-CIL flowsheet, using a bigger spread of orebody samples than in first-pass testwork.

Koimtsidis says the central upcoming goal on Cardinal’s 12-month horizon – the start of development at Namdini – is also the focus of work to thoroughly canvas financing options. That work, involving consultants and experts in different parts of the world, and including site activities, is expected to step up over the next month or so.

“Cardinal will be in a position to share the results of these studies with the market over the next two quarters,” he says.

“We are going to the market with a potential large-scale, low-opex mine development, on a multi-million-ounce resource base with exploration potential outside the initial project footprint.

“Ghana has been among the best places in Africa to finance and build a mine for the past 10-15 years.” 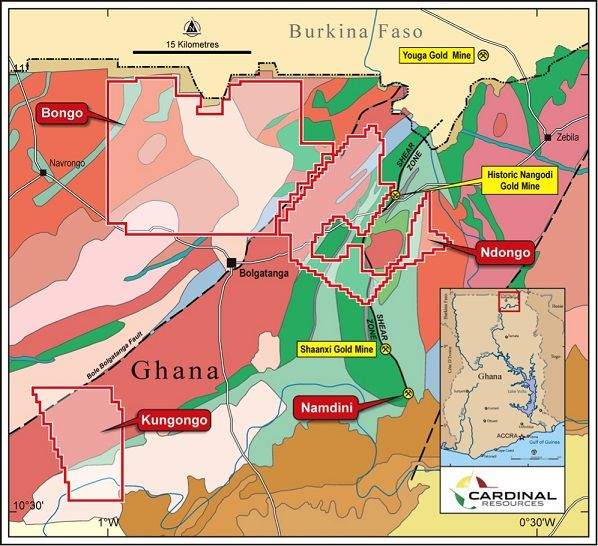 The company has had up to 11 rigs drilling on and around the world class Namdini deposit in recent weeks, completing resource infill and extension, grade control, geotechnical and sterilisation, and regional exploration, programmes.

New wide intersections from infill drilling have increased confidence in the continuity of the mineralisation in the 1.1km-long, 300m and 350m deep area containing Namdini’s possible pit envelope with its 4.1Moz inferred and indicated resource. Cardinal is also drilling to increase resources between 350m and 600m vertical depth, with mineralisation remaining open below 600m, and along strike.

“We see potential for an interim resource in excess of 6Moz – subject to ongoing drilling and results,” analyst Mike Millikan from respected Australian stockbroker Hartleys said in a recent note.

“The improvement in resource confidence, moving the largely Inferred ounces into higher classifications will be one of the key inputs for the PEA.

“Namdini’s highly favourable geometry is also expected to translate to a low-strip-ratio openpit mining opportunity over time and we see potential for a LOM strip ratio of less than 2:1 [and] even lower on a potential starter pit,” Millikan said.

Koimtsidis says the anticipated low strip ratio is among a raft of advantages Cardinal sees for what would be the biggest mine development in this part of Ghana. They range from the large scale of the planned surface mine in an area of flat, open savannah grassland with a low population density, to nearby (about 7km away) long-term water supply and local infrastructure, including the national high-voltage power grid about 30km away. Namdini is accessible by sealed highway.

Cardinal has a 15-year (renewable) granted mining licence over 20sq.km of Namdini’s resource footprint and surrounds.

“The test programme was developed to enhance our metallurgical understanding in order to help ensure a robust process design.

“As the metallurgical testing advances in the project development phase, the process flowsheet will continue to be optimised in order to provide the necessary detailed design criteria.” 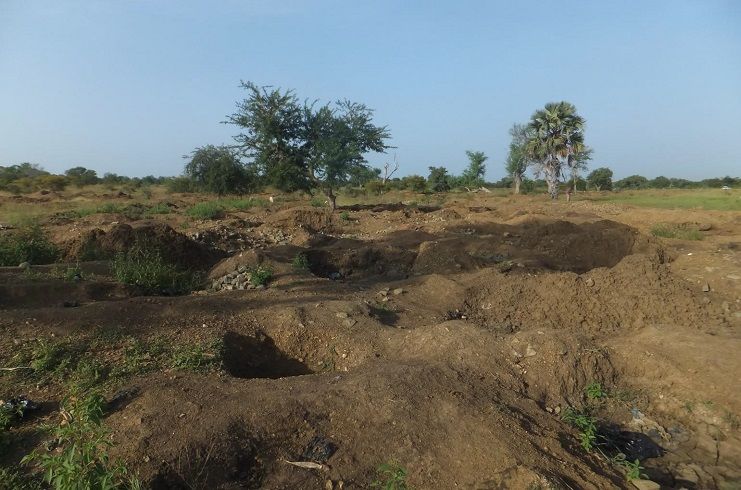 Hartleys’ Millikan sees one possible production scenario for Namdini being a 7.5 million tonnes per annum mine (ore) and plant, the latter using Cardinal’s preferred process flowsheet (with overall average recoveries at 85%), yielding 230,000-280,000ozpa of gold at AISC between US$727-837/oz.

Millikan basically assumes the large inferred resource can be converted into mining inventory and the project is successfully funded into production.

“The consolidation of the acquired land package with our large scale Ndongo tenement, which is located on the same regional shear zone as the Namdini deposit, will allow Cardinal to progress its regional exploration programme,” Koimtsidis says.

Cardinal advancing at pace in Ghana

Gold company to maintain momentum in 2019