PETER Cook is looking forward to this year’s Denver Gold Forum and Beaver Creek Summit; he likes the glass-half-full view North American investors tend to have of stories like Westgold Resources (ASX: WGX) and he thinks they’ll appreciate the view ahead for the top 10 ASX gold producer after an eventful ‘comeback’ year. 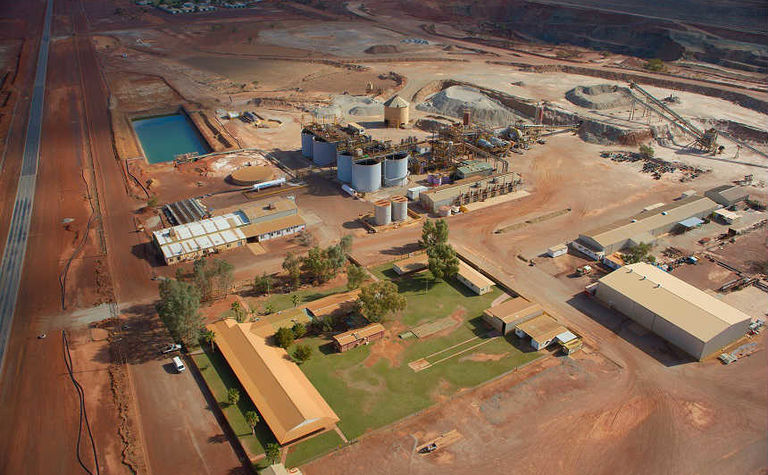 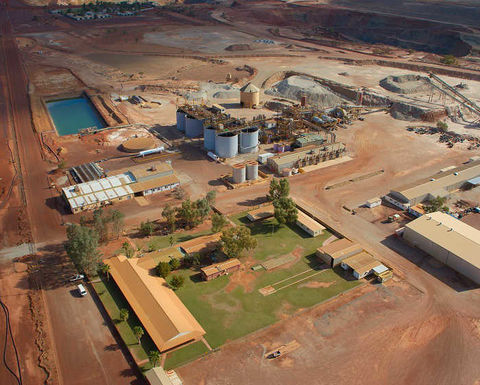 One of the sector’s renowned builders of value – and successful renovators of assets – Cook and his team flagged the demerger of Westgold from Metals X at last year’s DGF and outlined a plan to grow annual production to 400,000oz from one of the Australian industry’s largest resource bases in Western Australia.

But all of this was in a year when the company outlaid close to US$100 million of growth capital, principally on mine development and exploration but also canny acquisitions that have added to its low-cost expansion options.

The “asset rich” Westgold now has five gold plants with 6.5 million tonnes per annum of processing capacity having recently acquired the strategically important 1.2Mtpa Tuckabianna plant at the southern end of its flagship Central Murchison Gold Project (CMGP). The A$8.5 million deal came with more than 520,000oz of gold (average 2.04g/t resource) – A$16.20/oz for the gold and a big plant for zip.

Westgold is now completing a revised development strategy for the region in view of the fact that it has two high-capacity plants bookending its extensive landholding in the Central Murchison, one with about 3Moz of gold around it, the other 5Moz, about 100km apart.

Westgold also exchanged A$27.5 million of shares and a small amount of cash for respected small underground mining contractor ACM and its extensive fleet of equipment. Cook says the valuable underground mining skills base (fellow Australian gold miner Northern Star Resources recently announced a $50 million investment in underground-mining skills development in WA’s Goldfields) and modern fleet would play a vital development role in the Central Murchison over the next few years.

“In a few years from now we expect to be running four or five new underground mines up there,” he says. The company has four existing underground mines and about 10 surface operations feeding plants in three main production centres in WA.

“The ACM acquisition is a good one for us.

“We’re putting ourselves ahead of the game there. Gear is getting harder to source, so is the skills base of people. We’ve got so many more underground mines to develop, some of them small, some large, and the work and cost associated with each one can be significant. If in one month I want to move all the gear, the jumbos, and trucks and long-hole rigs, to one of the other mines, to catch up or whatever, I’ve got complete flexibility to shuffle it all internally and to change and vary scopes of work.

“The next A$75, maybe even A$100/oz, of unit costs that we squeeze out of these operations is going to be in that area.” 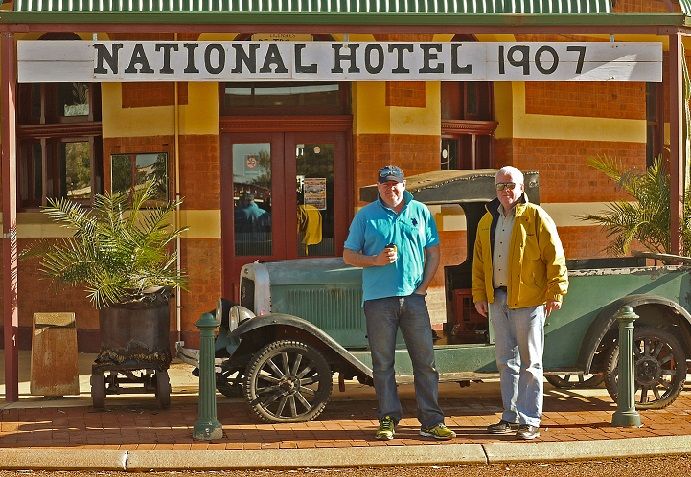 Westgold will spend about US$16 million refurbishing the Tuckabianna plant and reactivating nearby mines. The plant is seen to have capacity to handle up to 1.4Mtpa of ore (including harder material) and Westgold has no shortage of near-surface feed options as it rebuilds underground production from nearby Big Bell, Comet and Day Dawn.

The company had more than US$50 million of cash and no debt at the start of July.

“Two years from now Big Bell as a sub-level cave underground producer nearly fills the [Tuckabianna] plant on its own,” says Cook. “So it’s a good option for us.

“We can truck ore to Meekatharra [existing 1.8Mtpa Bluebird CIP plant], or we can take it to Tuckabianna, and the latter saves us about $6/t in haulage.”

That haulage cost differential turns more than 4Mt of historic tailings at Big Bell and Day Dawn into viable plant feed, opening the way for Westgold to supplement mined ore with low-unit-cost tailings feed at Tuckabianna.

“With Tuckabianna operating we will have three milion tonnes of plant capacity for our CMGP ,” says Cook. “So it means our longer term target for Central Murchison production is 275,000ozpa not the low 200,000s we’ve been talking about, with more than eight years of mine life currently available to feed each plant.

“That higher production level is so much easier to achieve now without taking on additional capital risk.”

If the stacked feed options, on the consolidated group's 16Moz of gold in resources and 3.4Moz of reserves, and surfeit of surface infrastructure, speak to Westgold’s immediate upside – its shares are up about 12% since last December, capitalising the company at US$389 million – then recent high-grade drill intersections below the Paddy’s Flat, Triton and Boomerang mine workings at Meekatharra are a sign of the value to be unlocked beneath many of the mines being rejuvenated.

A consistent theme of Australia’s gold sector in the past 2-3 years has been standout brownfields exploration success at what are still relatively shallow depths by international standards – 250m-500m.

Cook says extensive investment in mine development has moved Paddy’s Flat into steady-state production at well above the 500,000tpa rate originally envisaged, and new high-grade zones are being exploited using bulk and airleg methods. 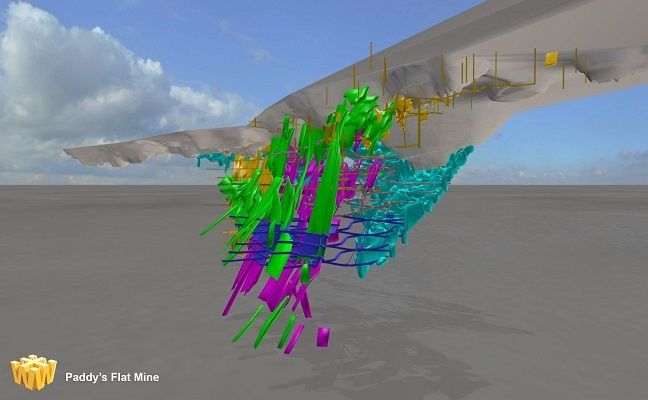 “We did nearly 200,000t last quarter at Paddy’s Flat and we’re now budgeting it to be a 50% upscaled mine compared with what we originally planned,” he says.

“And we are still a year away from the main game there, which is down-plunge from current production. Paddy’s Flat was only mined in the past to 420m vertical. The main game is the continuation of those orebodies which, from an Australian mining perspective, should easily go to 1km.

“So when we’re in virgin rock underneath those old workings, probably in about 12 months, we’re expecting to see Paddy’s Flat really fire.”

Westgold is also now producing gold at Fortnum (plus-1Moz resources and reserves), 150km north-west of Meekatharra, and it produced 160,208oz from its Higginsville and 15,641oz at South Kalgoorlie operations in the June quarter.

“I think we have a bit of a fixation with quarterly results and guidance in Australia – the analysts and a lot of the investment community,” Cook says.

“When you’re renovating old mines and re-establishing old plants it can take a bit longer than you estimate and short timing delays don’t really translate into valuation differences, so it seems a bit illogical how valuations can be so varied by timing indifferences and small misses of production output. This is particularly the case when you are working with old underground mines.

“We have the production platform, resources and the people that give us arguably the best growth profile in the sector [in Australia]. From a valuation perspective, we’re sitting at around A$29/oz of resources versus an average $80/oz for the peer group; A$149/oz for reserves compared with an average $307/oz.”

Westgold’s current enterprise value is also about three-times its forecast FY18 free cash flow, again near the bottom of the peer-group scale.

“We’re hearing often in Australia about how much we’ve taken on, and about the complexity of old mines, etc - every reason or excuse to doubt our plans.

"However, when we go over to North America we don’t get this. We often hear, wow, you’ve got a fantastic growth profile; if you can pull that all off you’ll be at this level. I think there is definitely a longer-term and often a more mature view on the value to be unlocked in the portfolio.

“The fact that we’ve done it before doesn’t hurt our cause either.” 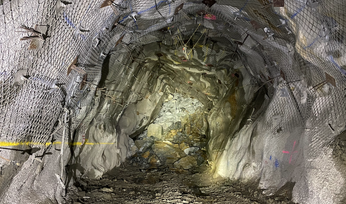 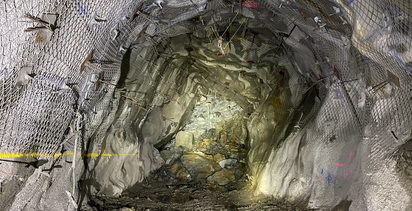 RNC gets debt for Higginsville buy