With a fresh A$10.5 million placement under its belt and the successful off-market takeover of its joint venture partner, Geopacific Resources (AU:GPR) is progressing closer to production at its flagship Woodlark 2.1 million ounce gold project in Papua New Guinea.

The company is now fully funded and well-positioned to unlock Woodlark's full value - aiming for production in 2019 and, for the first time, set to test the project's true scale through wider exploration.

Geopacific has effectively taken over Kula Gold (AU:KGD) through an all-scrip deal, moving to hold more than 75%, which increases Geopacific's stake in the Woodlark project from 5% to 76%.

Geopacific managing director Ron Heeks said Woodlark was already well advanced on the development curve: a multi-million-ounce project with a mining lease and environmental approvals in place to build a circa 1.8 million tonne per annum CIL plant.

"We have the resource, reserve, and definitive feasibility study progress in hand and will now begin to add the exploration potential of the project into the mix," he told the Gold and Silver Investor Hub.

"The oversubscription of the capital raising, and the willingness of shareholders to back Geopacific in the recent takeover activity, demonstrates the confidence of significant investors in the ability of our experienced board and management team to deliver the project."

The $10.5 million placement at the start of September at 3c per share was achieved without a discount to the closing price the day prior, and the share price rose immediately afterwards to 3.2c. 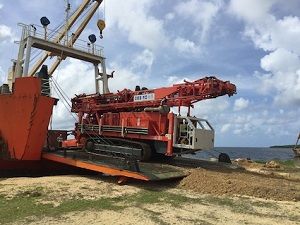 Joining RCF and Tembo Capital as significant shareholders on Geopacific's share register are Pacific Road Capital and Franklin Advisors Inc, a multi-million-dollar resource fund from the US who entered a pre-bid with Geopacific in the off-market takeover for Kula Gold and have increased their holding on market.

"The register includes several multi-billion-dollar funds, each with the capability to finance the project in its entirety - a pretty unusual position for a company of Geopacific's size," Heeks said.

He said no decisions on financing Woodlark had yet been made and would be based on project economics and the best solutions available at the time. 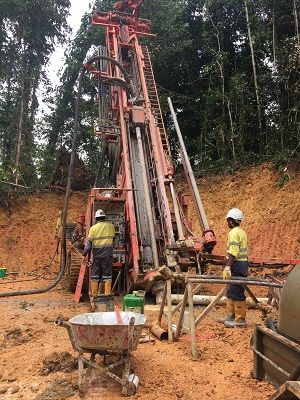 The company is moving onto complete resource drilling, start regional exploration and complete metallurgical optimisation testwork by the end of the year, aiming for construction starting in 2018 and commissioning and production in 2019.

Woodlark has an established reserve of 766,000oz at 2.2g/t gold and Heeks said the company's focus was to add confidence to this base and advance the project towards production in the most effective manner.

"The fact that over $150 million has been spent on this project in the past means that we are working from a very high base," he said.

"We have access to an enormous amount of raw data which is incredibly helpful.

"We've engaged respected specialists to assist us in refining and optimising aspects of the project and we're seeing encouraging results."

He said among the opportunities, there was the potential to improve capital costs through following a modular build strategy and improve operating costs, with significant reductions to the strip ratio being an example.

Meanwhile, a 16-week metallurgical testwork program is underway, aspects of which will be used to calculate independent reserve estimates and all results will be used in the DFS.

"The key to developing Woodlark and unlocking value is proving up a robust development proposition for the reserve life of the project," Heeks said.

"Woodlark is already well endowed with a multi-million ounce resource, so our drilling has been designed to improve the resource category of inferred mineralisation and to upgrade resources and reserves."

Drilling to date has been more than encouraging, continuing to identify depth extensions within and surrounding the 2012 pit designs at the Kulumadau and Busai deposits and identifying broad zones of mineralisation.

"Broad zones of mineralisation is what we are after, from and near surface, making open pit mining an attractive proposition," Heeks said.

He pointed to a highlight from recent drilling at the Kulumadau deposit of 10m at 7.84g/t gold from 53m in an 84m-wide zone of gold.

Broad zones of gold and continuity of mineralisation has also been confirmed at Busai, with recent assay highlights including 40m at 2.04g/t gold from 121m and 18m at 5.55g/t from 178m.

"As we get a handle on the DFS work and turn our attention to the prospectivity of the project we can begin to see the true potential of the Woodlark Gold Project," Heeks added.

It is the first time Geopacific has spoken about testing the project's exploration potential and Heeks said it was an addition rather than a change in plan.

"We now feel that it is time to do justice to the potential of the project," he said.

"To date we have focused on developing Woodlark into a robust project to attract development finance.

"There is no change on that front.

"In fact, we feel that we are making good progress and have that in hand. Our drilling has been designed to upgrade the resource category of inferred mineralisation and continues to identify depth extensions to existing resources and reserves with the ongoing identification of broad zones of mineralisation.

"The exploration potential of the region is historically and recently known to be significant."

He said a substantial proportion of the circa 275,000m of historic drilling at Woodlark explored outside the areas of current resources and in many cases identified gold mineralisation. 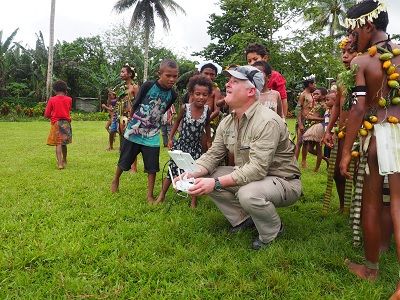 Geopacific is currently assessing which of those areas present attractive exploration targets and will initiate an exploration programme once the current resource drilling is complete.

Heeks said PNG was one of the world's most highly prospective gold regions, playing host to numerous multi-million-ounce gold projects.

"The Woodlark project has the benefits of flat topography with a delightful and supportive community, making it a stand-out in the region," he said.

"This is a project that has a long history starting with alluvial mining in the late 1800s - we were highly aware of its prospectivity.

"Geopacific has the right fit for this project, with an experienced board and proven management team, with significant experience in the Asia Pacific region and island projects.

"We were confident this was a project our expertise and management skills would help deliver."

In recognition that Kula is now a subsidiary of the company, two of Geopacific's directors Mark Bojanjac and Philippa Leggat along with chief financial officer and company secretary Matthew Smith have been appointed to Kula's board.

"This is a great project with plenty of upside for investors," Heeks continued.

"We are now in a position to deliver our strategy, to continue to unlock the value and also test the true scale of the Woodlark gold project through exploration." 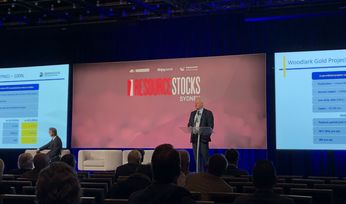 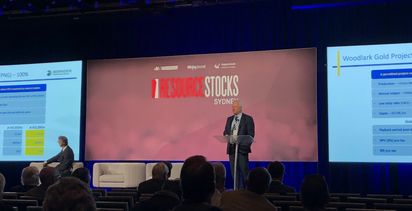